Cameras appear to show a person coaxing the barking goldendoodle named Beauty out of the yard in a Little Rock neighborhood. 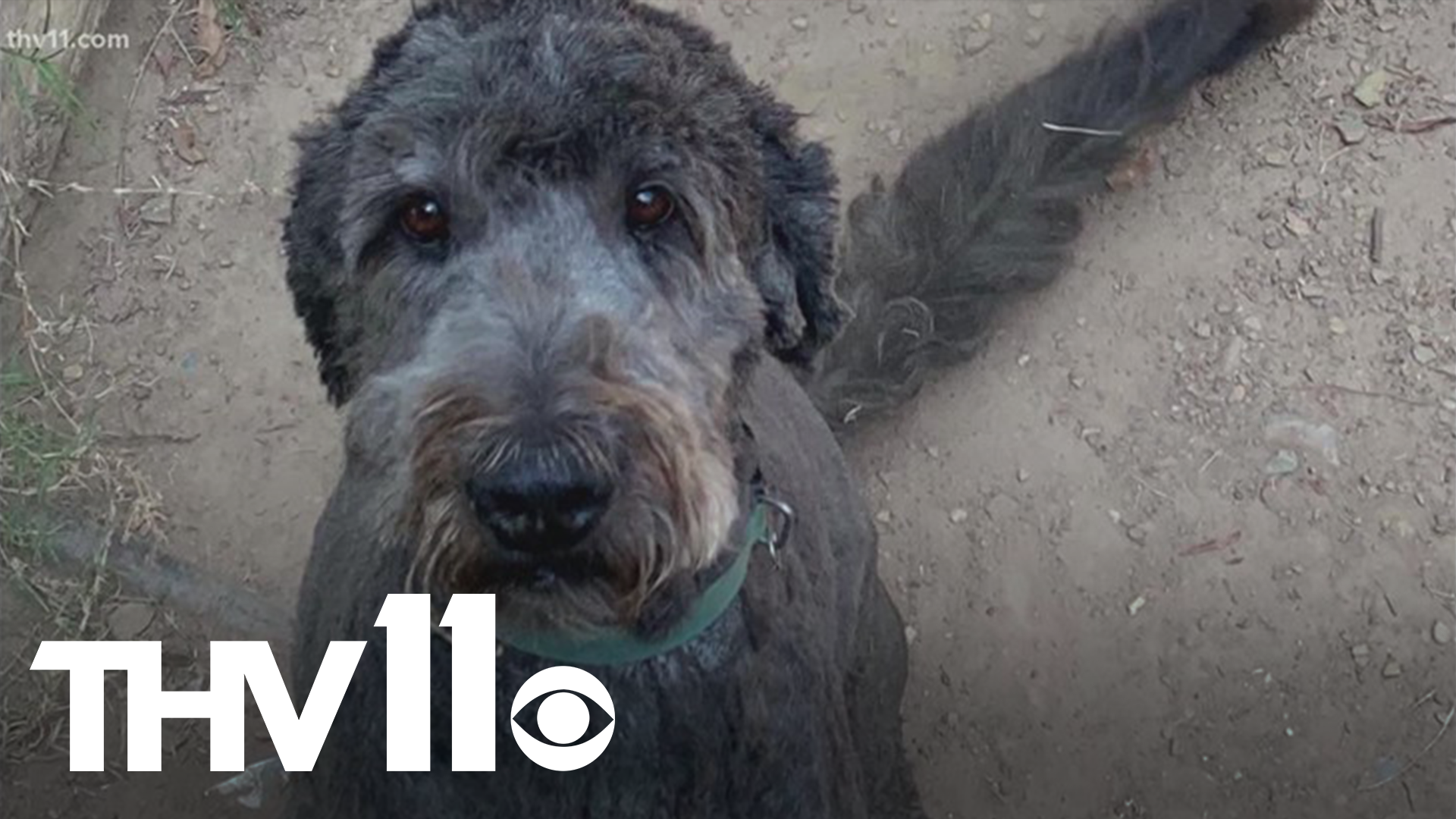 LITTLE ROCK, Ark. — UPDATE—Beauty, the golden doodle, has been found and is home safe. Reports say she was dropped off by a man as a stray at the Little Rock Animal Village.

A Little Rock family is asking for help from police and neighbors after their security camera footage appears to show their goldendoodle getting dognapped from their backyard.

"When I looked at the video, I see this woman coming out of my backyard over here and she's dragging my dog behind her," said John Kuykendall.

RELATED: Malnourished dog dropped off at Sherwood Shelter nursed back to health

The 5-year-old pet named Beauty can be seen resisting as a person tugs her into camera range and then leads her across a neighbor's yard and around a corner on Tuesday.

"We're just so devastated about it," said Madison Kuykendall, who helped her father post the footage to Facebook, resulting in an outpouring of support and questions.

"It was heartbreaking just to see her trying to get away from the person that took her," she said. "It's just heartbreaking to me why someone would do that."

The family describes Beauty as typical for the breed, with a loud bark and an ability to leap short fences. Her yard includes some extra chicken wire atop the fence because she's gotten out before, but the family doesn't think a neighbor would have taken her for making noise.

"There's dogs in almost every yard around here and they all bark at each other," said John Kuykendal. "When one starts, they all do. And you can hear them all on the tape when she's taking my dog away."

A spokesman for the Little Rock Police Department said Wednesday that a report had yet to be filed, but the family said they had been told a detective would be assigned.

There are lost dog signs on both parts of the nearby corner, but the social media video seems to be getting the word out effectively. A stranger from another part of the city asked a reporter where to look after driving to the neighborhood to help.

The Kuykendalls wish all the support makes for a quick return, because they had still hoped to keep the news from the youngest members of the family.

"I've just been beside myself trying to figure out where she could be," Madison Kuykendall said.

"She's a big part of the family and I just can't believe that somebody would drag my dog off like that," her father said.