One witness saw the cruelty happen and that kitten was hit and killed instantly. 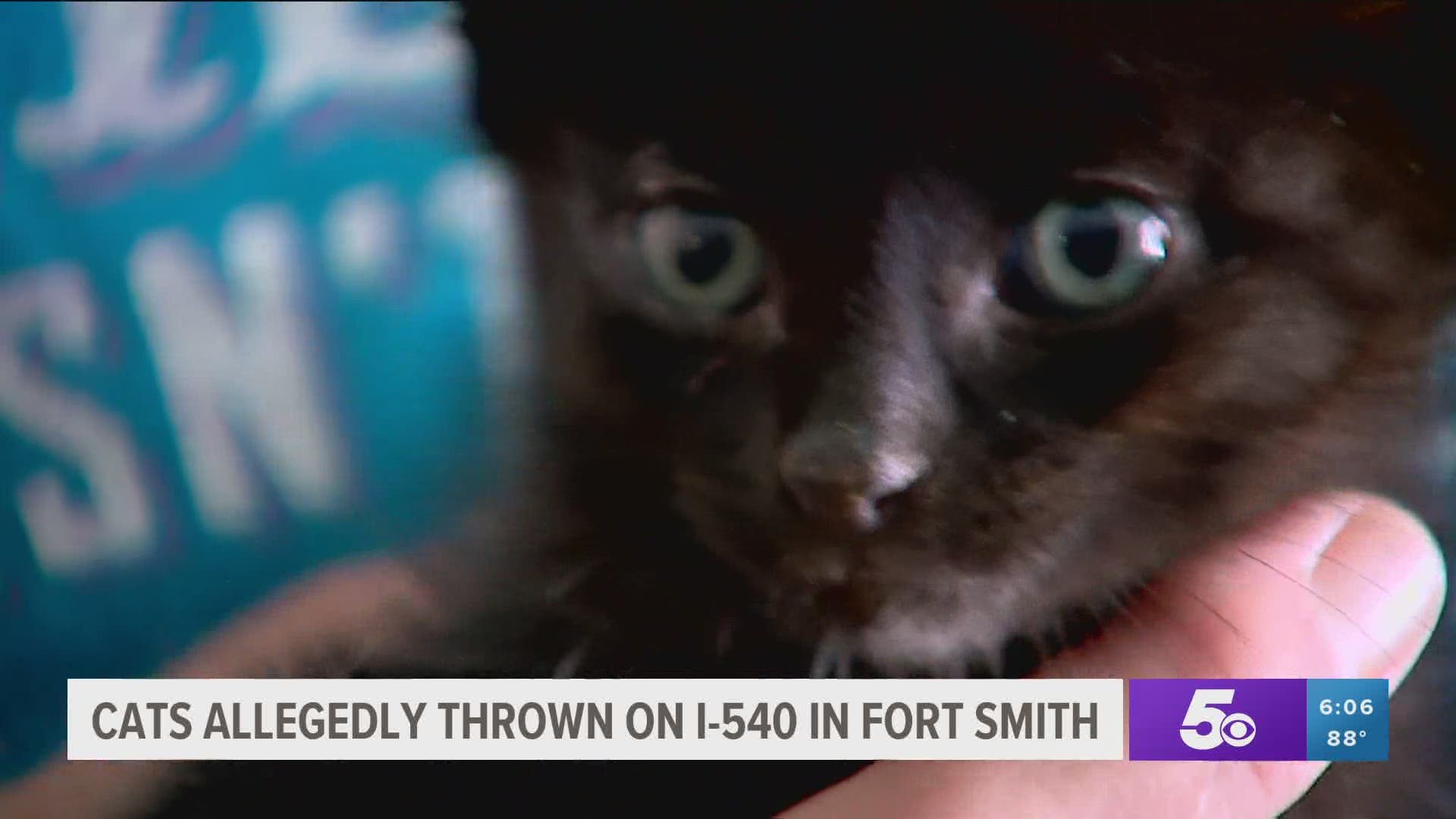 FORT SMITH, Ark. — Animal advocates in Fort Smith say someone is throwing kittens to their death on the interstate.

They say this cruel behavior has happened multiple times this week and hope by speaking out those responsible will be caught.

Semi-trucks and other cars race down I-540 at about 60 miles per hour.

Elizabeth Fayhe says she saw with her own eyes a small white kitten being thrown out the window of a moving vehicle.

“We witnessed to kitten tossed out and horribly die right in front of us and it’s heartbreaking to witness, and thank goodness kids weren’t in the car," Fayhe said.

Rescuers with the Artemis Project say they are aware of at least six other similar cases. They call it a pattern, usually happening around 6:30 at night near the Jenny Lind Road exit.

“My fear is that if someone is willing to do this to innocent kittens, can you trust them with a child," Fayhe said.

Earlier this week, Laurie Lehman was driving home when she saw something on the shoulder of the interstate suddenly move.

“When it moved, I’m like 'that’s not garbage, I got to get back there and see what was', but because I so far passed it I had to get off and get back on the interstate to be able to get to it safely," Lehman said.

Luckily, Lehman got there in time because it turned out to be a kitten on the side of the road.

“I was able to catch him thank goodness without him running into traffic," Lehman said. "He was wet on one side of his face so I didn’t know if he was injured."

The 5-week-old kitten now named Dash was terrified but only had mild road rash, and was saved from a fate that could have been so much worst.

“If you see something like this say something, speak out, post about it," Fayhe said. "Name the time, location, date, anything so we can track these kind of people down and do something about it, get them the help they need, get them the jail time they deserve."

Fayhe says she believes the person responsible is driving a pickup truck. She says if you see the vehicle doing this then please report it to the police.

Another deceased kitten was found this afternoon by rescuers.

Thankfully, Dash the kitten will find a forever home through the Artemis Project.