Officers were responding to a suicide call when the suspect pointed what they thought was a rifle at an officer. The suspect was shot in the leg by another officer. 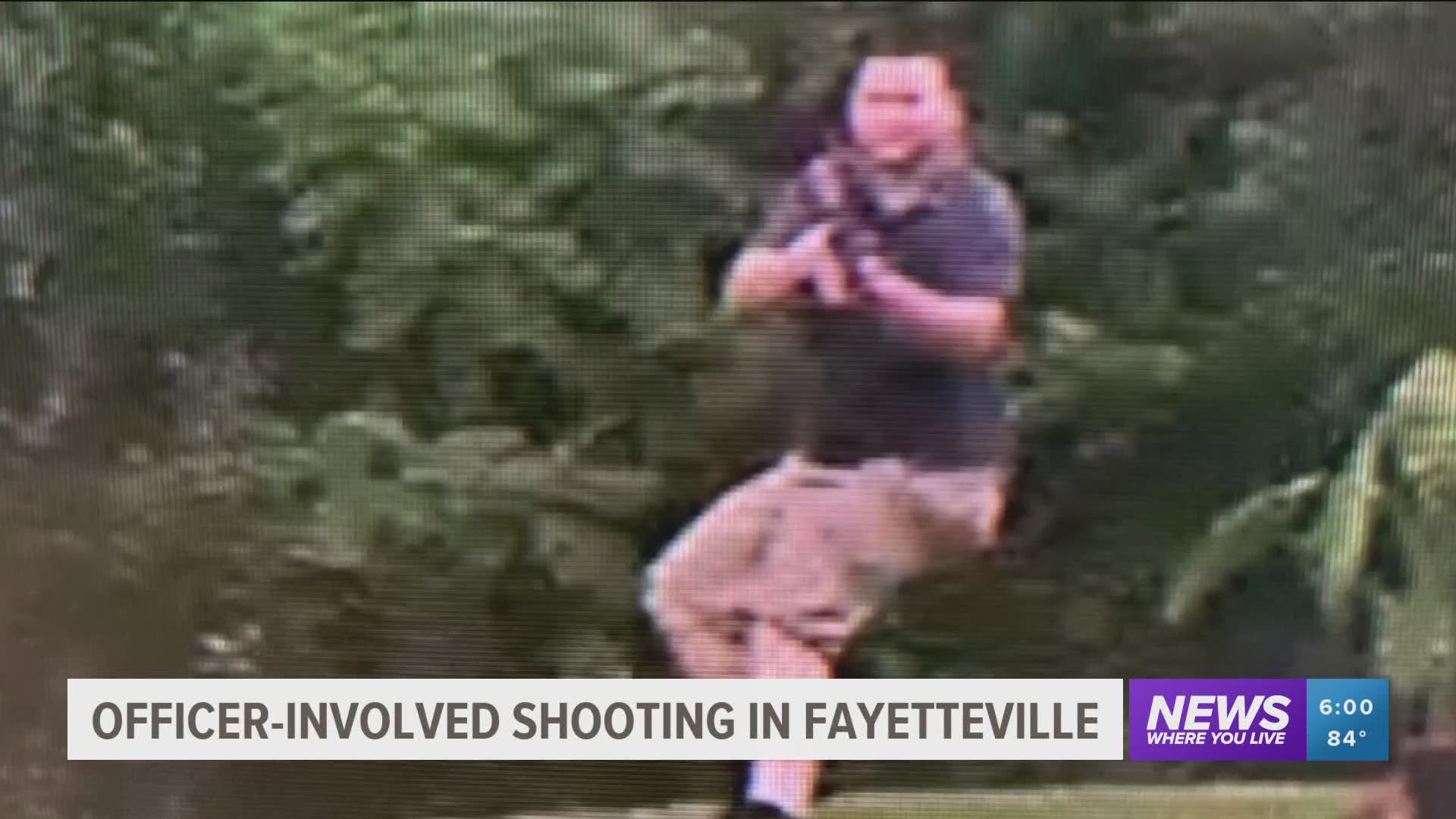 FAYETTEVILLE, Ark — An investigation is underway after a shooting involving an officer in Fayetteville.

The shooting occurred on Splash Drive in Fayetteville Monday (July 27).

According to the dispatch log, officers were called to a suicide threat in that area around 7 p.m. The caller reported the man was suicidal and took a large amount of seizure medication.

According to Tony Murphy with the Fayetteville Police Department, officers tried multiple times to make contact using the front door, but when they were unable to, one officer began to make their way to the back yard.

Bodycam footage from the incident has been released.

The suspect, later identified as 31-year-old Josh Myers, pointed what police believed was a rifle at the officer as they rounded the corner to the backyard.

Myers was armed with what appeared to be a black and brown rifle, which he aimed at both officers. One officer fired two rounds, striking Myers once in the left thigh.

According to Fayetteville Police, after investigating it was found that Myers was actually holding a Tippman 98 Paintball rifle.

The officers applied a tourniquet to the Myers' leg and assisted with first aid until EMT's arrived. He was taken to a hospital and treated for his wound.

No officers were injured during the incident.

The officer who fired his weapons has been identified as Kyle Jeney, a three-and-a-half-year officer of the Fayetteville Police Department.

The Washington County Sheriff's Office is currently investigating the shooting. The Fayetteville Police Department will conduct an internal investigation into the incident as well.

Officer Wyatt Rublee, a one-and-a-half-year officer of the Fayetteville Police Department, also responded to the call.

Officer Jeney was the one who fired his weapon, and he has been placed on paid administrative leave, per Fayetteville Police Department Policy.

RELATED: Man arrested for attempted murder in Springdale after shooting at a driver