Huskies recovering from being dragged behind SUV in Springdale

The two dogs drug behind an SUV two weeks ago have been surrendered to the city and recovering in a foster home. 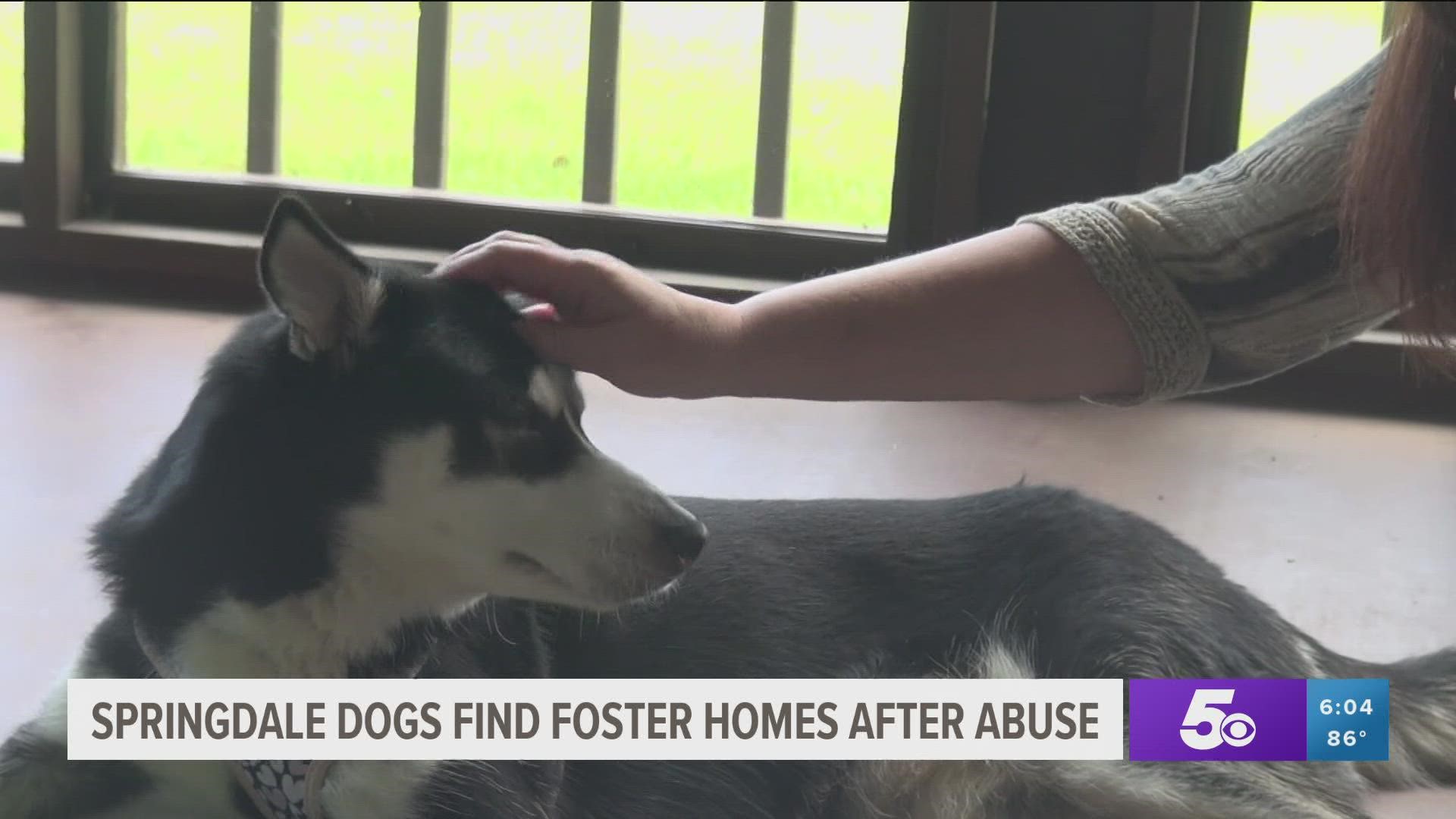 SPRINGDALE, Ark — A husky that suffered injuries after being dragged behind an SUV is now recovering in a foster home.

Two weeks ago, Springdale police arrested Leonardo Barboza after he was seen dragging a husky behind his SUV down a neighborhood on Basin Street. At the time, another husky, who appeared to have broken free from its tether, was chasing after the vehicle.

Both huskies have now been surrendered to the city.

One dog, named Tigress, needed special veterinarian attention on all four of her paws, which were bloody and blistered. Tigress also suffered from soft tissue damage on her neck from being tied to the SUV.

The other dog, Congo, who is with another foster family, was not severely injured. Both dogs are receiving treatments for worms and parasites.

Monday, Sept. 27, was the first day Tigress was able to walk without her paw wraps, and she's resting comfortably.

"She's had her bandages changed on a daily basis, ointment added, but now she's gone down to just wearing these little socks and they are healing very nicely," said Jackie Roach with Taysia Blue Husky & Malamute Rescue, who took in the animals.

Taysia Blue Husky & Malamute Rescue is covering the vet bills, which are in the $2,000 range.

Both animals should be ready to find their new forever homes within the next few weeks.

Barboza was immediately taken into custody and faces animal cruelty charges. He was released on a $1,500 bond.