Medical personnel at Cook Children's believed the bruises all over Zianne's body were inconsistent with a single fall from a slide, according to an affidavit.

A 25-year-old man who claimed his 4-year-old daughter hit her head after falling off a slide was arrested Wednesday on a capital murder charge in her death, according to police records.

Rekeem LaClinton Dory called 911 around 12:30 a.m. Feb. 17, saying his daughter might be having a seizure. He said he found the little girl in her bed not breathing. He said her lips were turning blue, according to an arrest warrant affidavit.

After a monthslong investigation, Dory was arrested this week. He remains in the Tarrant County jail in lieu of $1 million bail.

Paramedics responded to the February 911 call at the home in the 1000 block of E. Bessie Street. They transported 4-year-old Zianne Essix to Cook Children's Medical Center, police records show.

Dory told police that Zianne and her younger 2-year-old sister were playing on a small plastic slide in the playroom that morning when Zianne fell off the slide and hit her head on the floor, according to the arrest warrant affidavit.

He said he iced a knot on his daughter's head throughout the day.

Medical personnel found severe bruising “all over Zianne’s body” and didn't believe the bruises were consistent with a single fall from a slide, according to the affidavit.

Court records detailed the bruising on Zianne's body, which covered much of her back, buttocks, knees, elbows, tops of her feet and her right jaw. She also had "four circular contusions on her forehead" and bruising on her face.

Dory's wife told police that "he probably got super frustrated with Zianne possibly peeing and pooping on herself and whipped her too hard."

'Struck her six times with his belt'

During the investigation, Dory told police that he once trained to be a boxer.

While at the hospital, Dory told a Fort Worth police officer that Zianne hadn't been helping clean like she was supposed to, so "he struck her six times with his belt," according to the affidavit.

He then instructed her to stand in the playroom and do “breathing exercises as punishment for not helping clean up,” the affidavit said.

Dory's wife left with the 2-year-old girl around 2:30 p.m. He was home with Zianne. A couple hours later, he found that Zianne had urinated and defecated on herself.

He gave her a bath and she was told to keep standing in the playroom for punishment, according to the affidavit.

Dory was home alone with Zianne until around 10:30 p.m. when his wife and other daughter returned. He told investigators that Zianne was still in her room and had soiled herself again, records show.

He said he bathed the child and put her to bed. He told police that he and his wife were watching TV when they heard a scream. That's when they found her in bed not breathing.

RELATED: 'We can not wait to sound the alarm bells,' says Cook Children's doctor amid increase in child deaths during coronavirus quarantine

During a follow-up interview the day after Zianne was hospitalized, Dory said that the girl's biological mother was in prison for three counts of child endangerment, according to the affidavit.

He said he found out he was the girl's father and took custody of her in January 2019.

Blood stains in the playroom

On March 13, Fort Worth police obtained a search warrant for the house and found blood stains on the floor of the playroom, in the bathtub around the drain and the bathroom sink, the affidavit said.

The samples were sent to a Fort Worth Police Department lab for analysis and identification.

On March 25, investigators executed a search warrant for three phones found in a vehicle at the house. Records show that an 88-minute phone call was made to Dory's mother on Feb. 21.

The conversation between Dory, his mother and his stepfather was recorded. The affidavit says it was clear that the trio discussed paying for a criminal defense attorney for Dory.

At one point in the conversation, Dory said, “We’ll all have to be on the same page and work together to get through this. As of right now, everything is OK, there is no charges," according to police records.

At another point, Dory said, “Me and Zianne really didn’t see eye-to-eye, almost never. I never really had that type of connection that I connected with her like that. I really didn’t.”

'He was being weird'

Dory's wife told investigators that her husband "was being weird" after she returned home that February night.

She and an attorney met with Fort Worth police on April 28. She said she heard a loud noise when Zianne fell off the slide but didn't see Dory strike the child with a belt, according to the affidavit.

The woman was gone with her 2-year-old daughter for much of the day. She said Dory called her around 8:30 p.m. to ask when she was coming home. She told police that he sounded "annoyed."

When she returned home, Dory said ZIanne had urinated on herself again and he was going to give her another bath. While the woman walked down the hallway, Dory blocked her view of the playroom. She put the 2-year-old to bed, according to the court record.

She thought Zianne was in the playroom but didn’t insist on seeing the child because “she did not want to get into it with Rekeem,” the affidavit said.

The woman told police she never heard Zianne make a sound that night. She said she later heard her 2-year-old cry and went to check on her. When she turned on the light, she saw Zianne, the record says.

She yelled for Dory to call 911 as she began CPR.

At the hospital, she was questioned by investigators from the Department of Family and Protective Services. They asked her about “all the bruising on Zianne” and she was thinking, “What bruising? What are they talking about?”

Once she went into the hospital room, she pulled back the sheet on Zianne and thought “What the [expletive]. Where did all these bruises come from?”

“I had so many questions that I wanted to ask him, but I’m not even gonna lie, I didn’t want the answers right then because I felt like I would have reacted,” she told the detective, according to the affidavit.

She told police she didn't "want to fathom" what happened to the child. 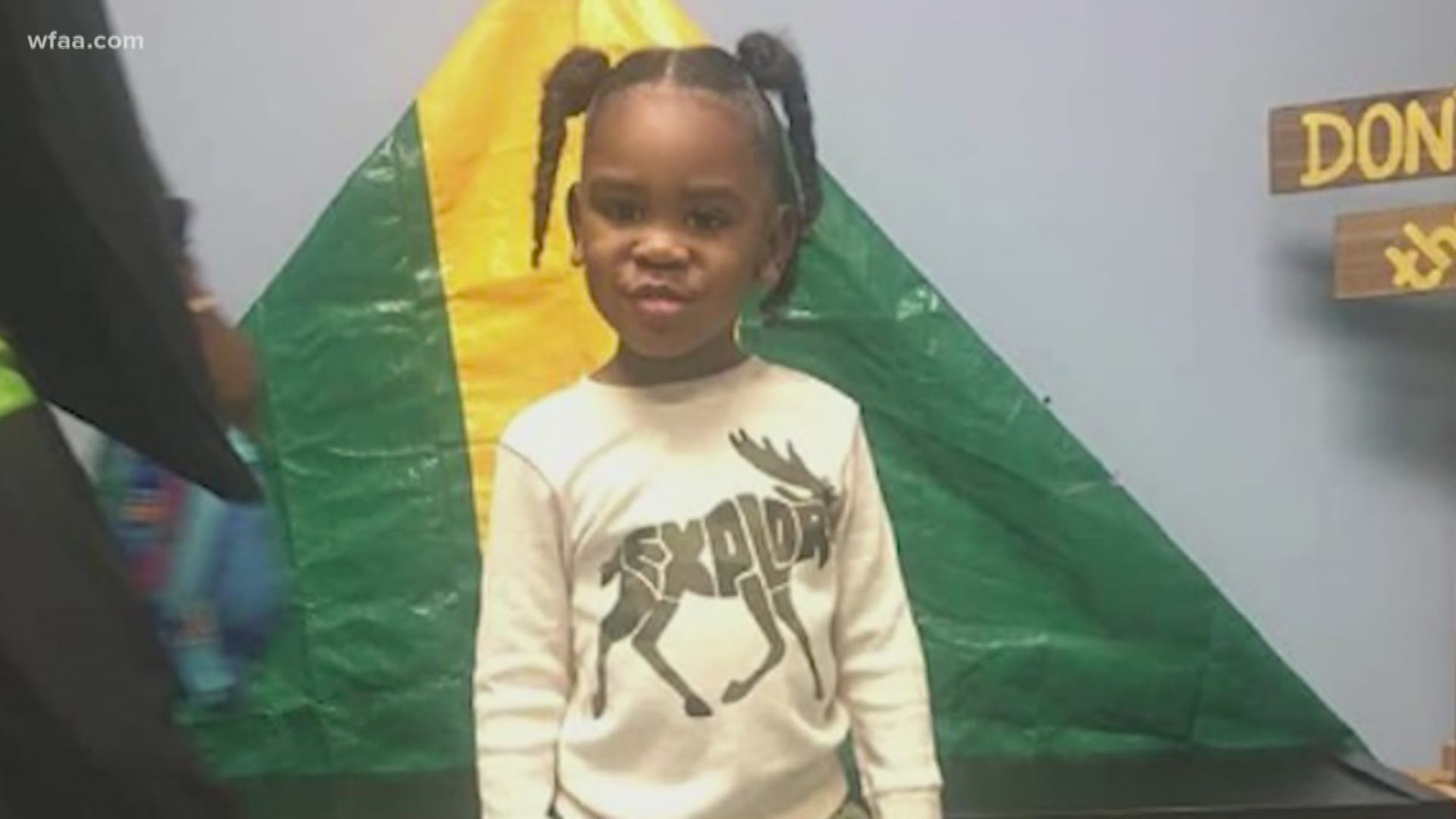