A Fort Smith officer is recovering after being stabbed, and three others are dead, following an incident on Tilles Ave. Sunday morning. 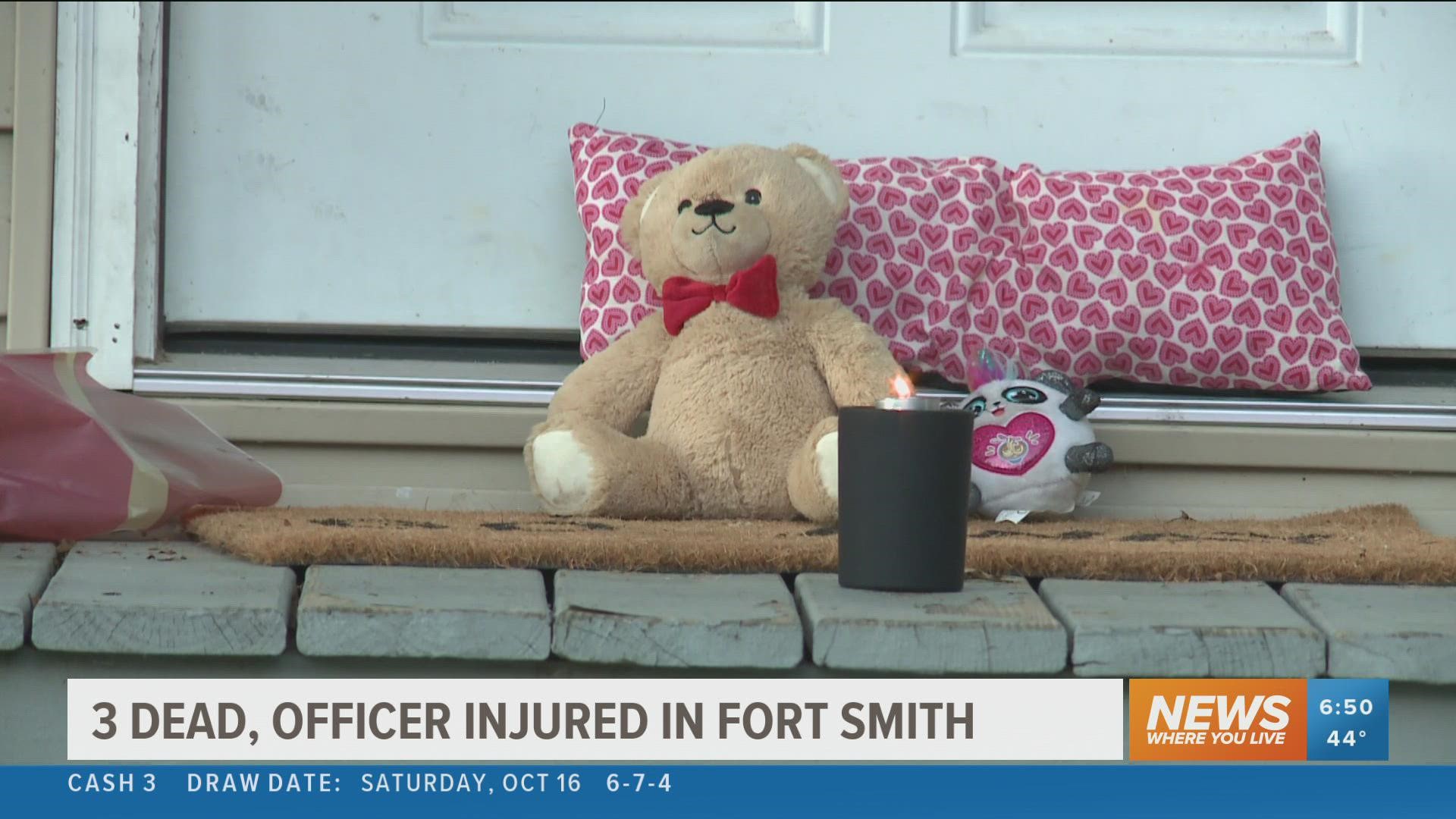 FORT SMITH, Ark. — A Fort Smith officer is recovering after having their neck slashed during a domestic disturbance call. Police say three people are dead due to the tragic incident.

Officers responded to the area after a neighbor called to report yelling and screaming that they heard and said that there was a man outside assaulting another person on the ground.

Chief Baker says the first Fort Smith officer that arrived on the scene just minutes later was stabbed in the neck by 40-year-old Christofer Conner, identified as the suspect. The officer fired his service weapon twice at Conner, striking and killing him.

Chief Baker said that the injured officer was rushed to an area hospital with a severe laceration to the neck. The officer, who has not been identified at this time, underwent emergency surgery and is recovering.

Baker says Conner was beating a 15-year-old over the head with a rock when the officer arrived. The teen was rushed to a Fort Smith hospital, where he was pronounced dead due to multiple stab wounds and blunt force trauma to the head. The child has been identified as Connor's son.

Another stabbing victim was found dead at the scene. Baker says there was evidence of an "extremely violent attack" inside Connor's home. 42-year-old Julie Moore has been identified as the victim.

A 5-year-old child was also discovered in the home by officers. The child was removed and placed in the care of other family members, Chief Baker said.

"I have no doubt that our officers' swift actions saved this child's life," Chief Baker said during a news conference.

Chief Baker says that the officer who shot Conner has been placed on paid administrative leave per department policy.

This incident is shocking neighbors, who say their community is typically quiet and friendly because they look out for each other.

"It's something that you don't expect," said neighbor Osbaldo Lopez. “You don’t expect to come out your house on Sunday morning to see those scenes. It’s something that you're not used to and something you definitely don't want to get used to. It's just not a good feeling."

Brittany Deschryver, a friend of Moore, says she's devastated after losing her.

"It's devastating me right now,” Deschryver said. “I never would've thought I would lose her like this."

Deschryver was emotional thinking about the loss of not only her friend, Moore’s 15-year-old son as well.

"I'm going to miss her," Deschryver said. “She was a really good friend. You were sad. Don't worry, Julie's going to bring that smile back. She was a wonderful person to be around and I am glad to have her as a friend."

She says this tragedy could have been avoided.

"They never change,” Deschryver said. "That's all I want to say is get away from those relationships as soon as possible. No one is worth this."

Arkansas State Police have taken over the investigation into the knife attack and the officer firing their weapon. 5NEWS has reached out for more information.

RELATED: Man arrested after allegedly trying to shoot his spouse in Fort Smith