26-year-old Najja Phillips was the subject of their raid, according to Connor Hagen with the Little Rock FBI office. 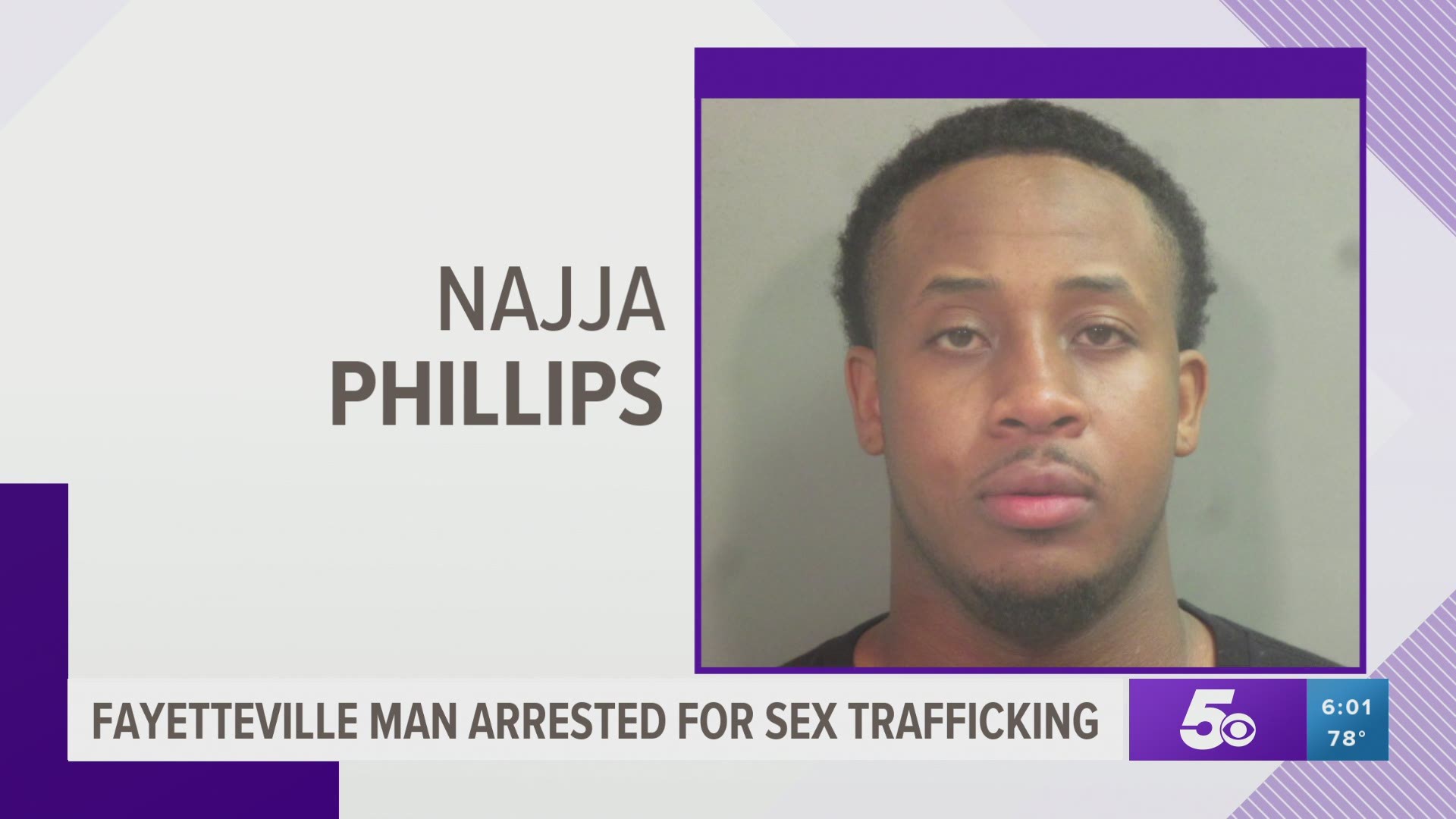 26-year-old Najja Phillips was the subject of their raid, according to Connor Hagen with the Little Rock FBI office.

5NEWS crews arrived on the scene to find FBI officials and police officers with their guns drawn standing outside an apartment complex on 3259 W Jewell Road at the intersection with N Betty Jo Drive.

Multiple people were put in handcuffs and placed on the curb.

Phillips was not arrested at the scene but caught later in another part of Fayetteville and booked into the Washington County Detention Center.

He faces multiple charges, including sex trafficking of a minor, sexual assault, and parole violation. His case has been turned over to the Washington County prosecuting attorney.

Stay with 5NEWS for the latest news, weather and sports where you live.