A Fayetteville man has pled guilty to killing an 18-month-old and concealing the child's body in a plastic tub for over two weeks. 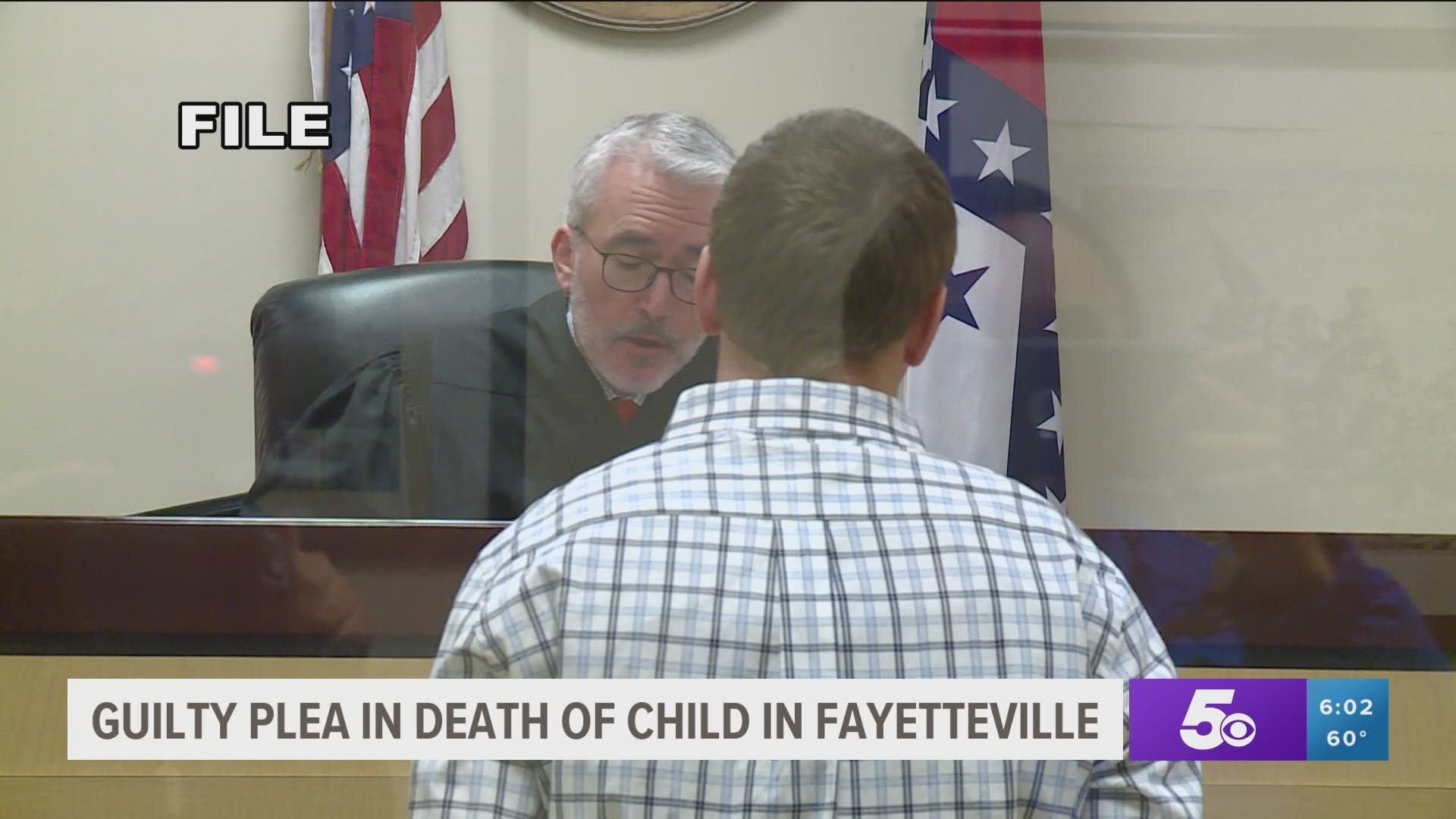 FAYETTEVILLE, Ark. — Editor's Note: This story could be disturbing for some readers.

A Fayetteville man has pled guilty to killing an 18-month-old and concealing the child's body in a plastic tub for over two weeks. He has been sentenced to 40 years in prison with a 15 year suspended sentence.

Tyler Hobbs was arrested in Oct. 2017 and charged with first-degree murder and abuse of a corpse.

Hobbs reportedly choked and shook the child because the boy wouldn't calm down, arrest reports stated. Hobbs said the boy hit and scratched him, and then he blacked out. When Hobbs came to, the boy was dead and didn't respond to CPR.

Hobbs told investigators he was high on marijuana and "freaked out," putting the child in a plastic tub and hiding him in a closet.

Police found meth, cocaine and marijuana inside Hobbs' home, along with brass knuckles and a large knife readily available to use as a weapon.

RELATED: Bentonville woman sentenced to 36 years for murdering her grandmother, claims it was a 'sacrifice to God'