Deputies say a driver hit a 17-year-old boy on a dirt bike in Scott County Thursday and took off. Authorites say the teen was seriously injured. 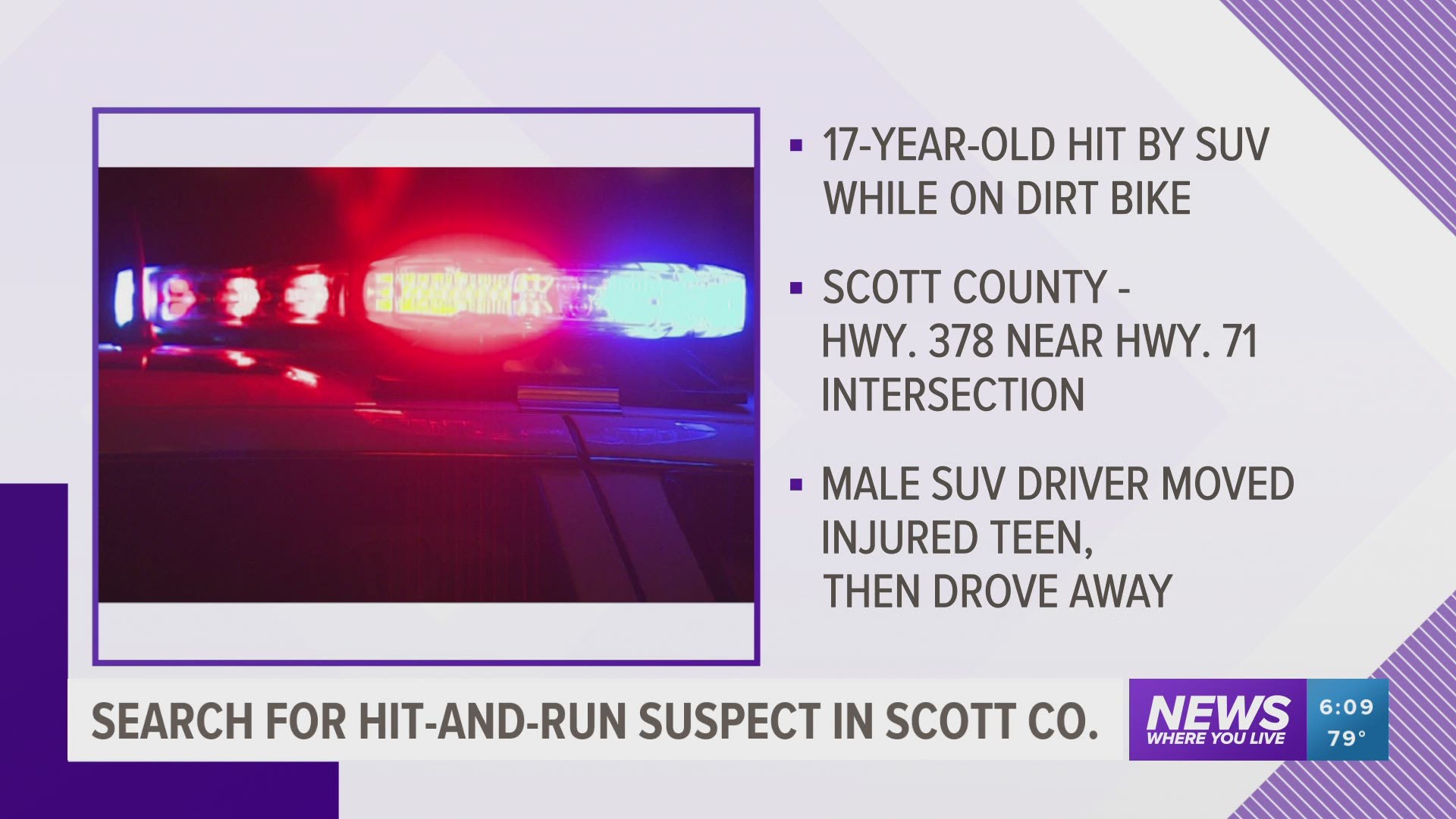 SCOTT COUNTY, ARKANSAS, Ark. — Police are searching for a driver who they say hit a teen, causing injuries, and left them on the side of the road in Scott County.

Around 1 p.m. Thursday (May 21), a 17-year-old boy riding a dirt bike was struck by a motorist on State Highway 378 near the intersection with U.S. Highway 71 in Scott County.

The occupants of the vehicle stopped, moved the seriously injured 17-year-old off the highway, and left the scene headed towards Highway 71, according to deputies with the Scott County Sheriff's Office.

The vehicle is described as a smaller silver or grey SUV, and will likely have damage to the front end. It was occupied by one male and two females at the time of the incident.

If you have seen this vehicle, or if you have any information about this incident, you are asked to call the Scott County Sheriff's Office at (479) 637-4155.

RELATED: ‘It’s a miracle’: Front line nurse recovering after crash that tore car in half

RELATED: One dead after crash in LeFlore County