The trial for a man who admitted to killing another inmate at the Washington County Detention Center, and accused of fatally shooting a woman, has been pushed back. 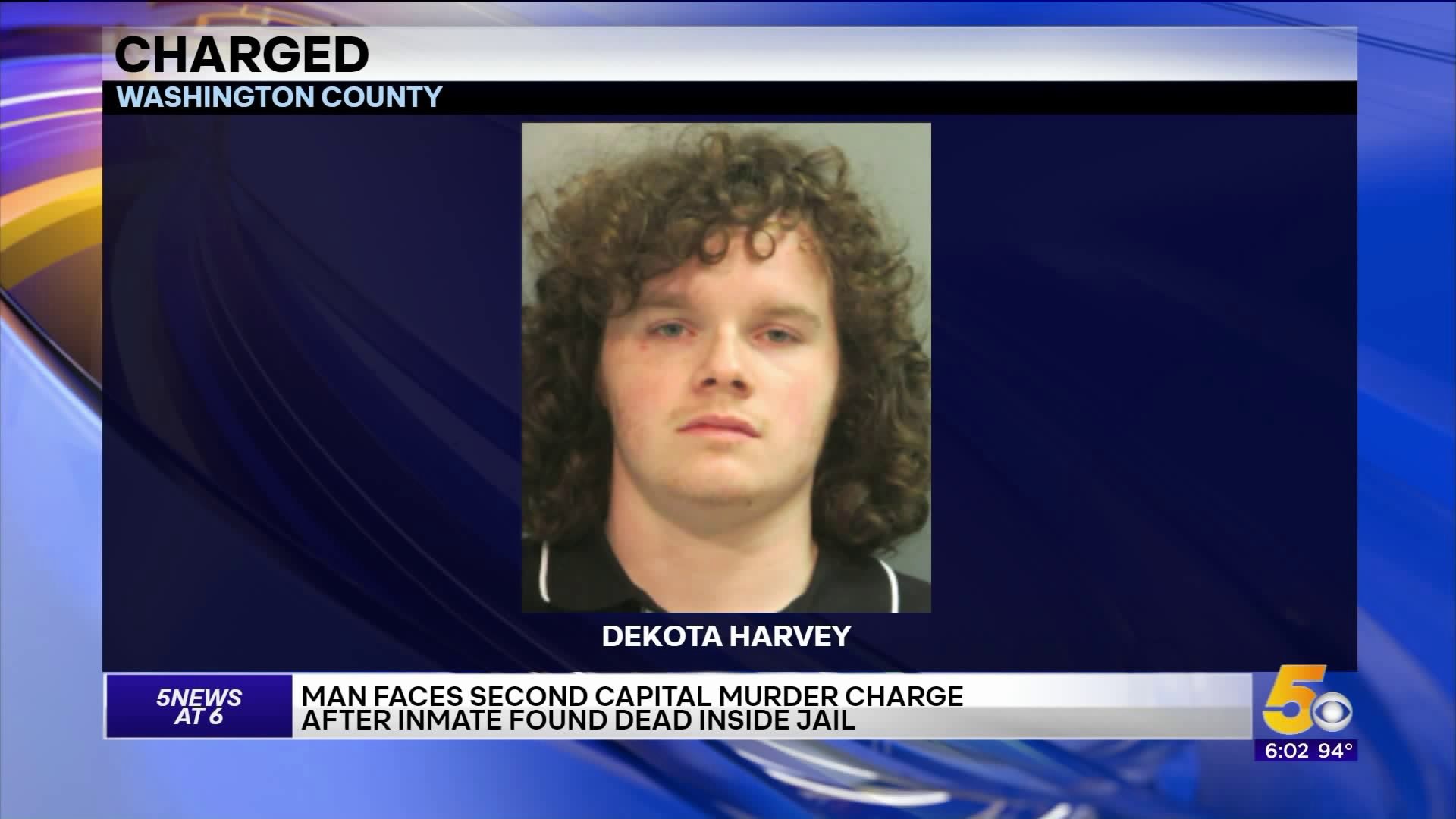 FAYETTEVILLE, Ark. — Editor's Note: The video attached is from 2019.

The trial for Dekota Harvey, a man facing two Capital Murder charges - one for killing another inmate and another for fatally shooting a woman at a Fayetteville apartment complex in 2019, has been pushed back to June 2021 due to the COVID-19 pandemic.

Harvey, along with several other individuals, was set to appear in court on Tuesday, Nov. 17. Due to COVID-19's impact on local courts, his trial has been rescheduled to June 15, 202, at 8:30 a.m. in Washington County.

In Nov. 2019, the defendants for Harvey filed a motion to have a psychological evaluation held for their client. This could have an impact on his sentencing in the future.

Harvey is accused of firing several shots at two women in the South Creekside Apartments on March 14, 2019, killing 20-year-old Elizabeth Dawson. One of the women, Elizabeth Dawson, 20, died from the shooting. The incident stemmed from one of the victims kicking Harvey out of their apartment.

Later that year, Harvey made headlines again after he confessed to killing a fellow inmate at the Washington County Detention Center. Harvey claimed the other inmate, Luis Cobos-Cenobio, asked him to kill him.

RELATED: Inmate Charged With Capital Murder For Death Of Another Inmate