University of Arkansas students and an elderly couple in Fayetteville are among the latest victims thieves have targeted. 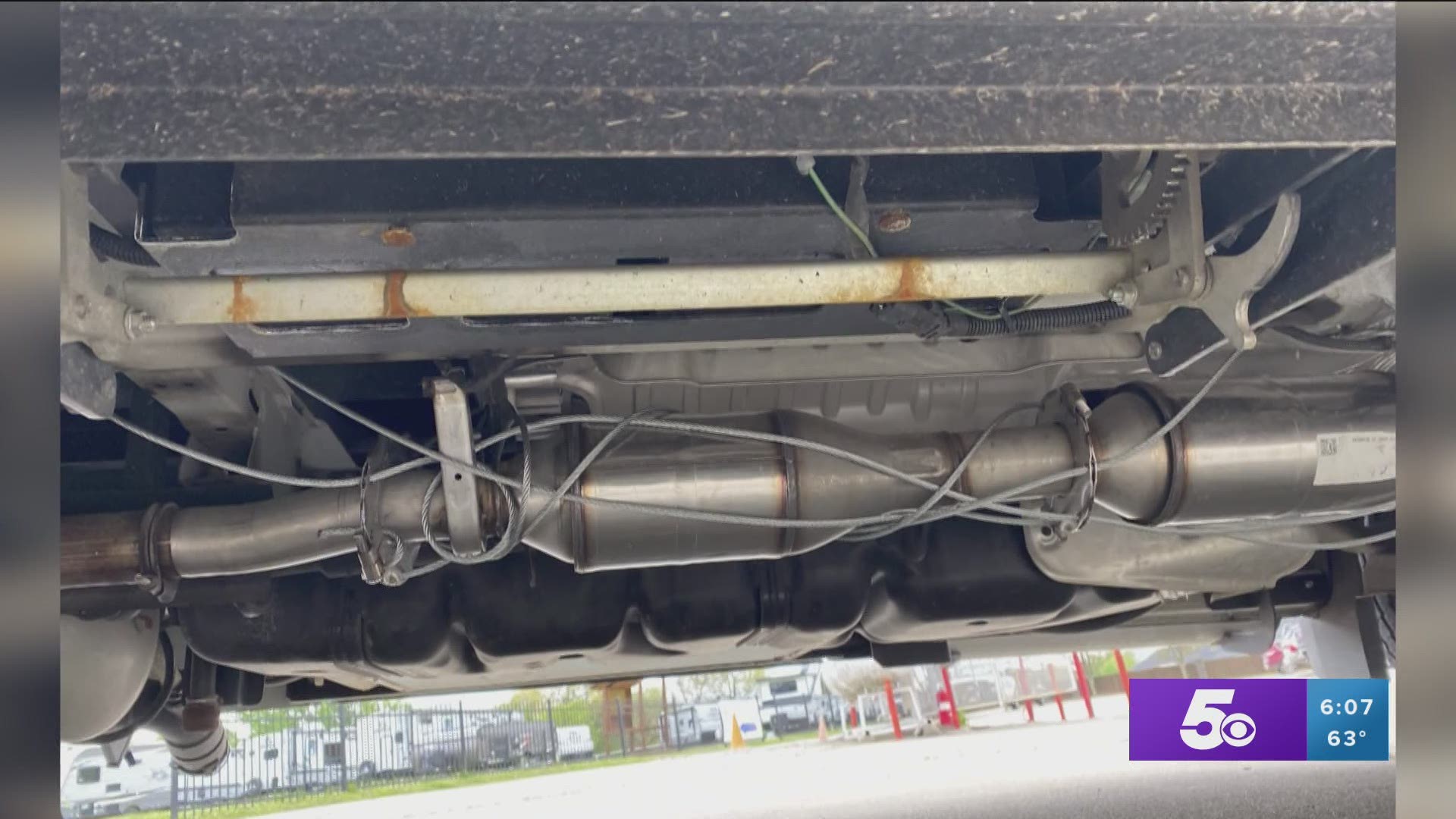 University of Arkansas students and an elderly couple in Fayetteville are among the latest victims thieves have targeted.

The couple told 5NEWS they are now spending over $3k on a new converter.

Thermon and Karen Crocker live in an assisted living home and planned to use their RV to take their grandchildren camping soon. They were shocked to found out about their stolen catalytic converter.

“We had it in what we thought was a secure storage facility,” Thermon Crocker said.

But getting ready for his trip with his grandchildren, he noticed his check engine light was on and took it to a local car shop.

“I was much surprised when he came out and told me that the catalytic converter was gone, “Crocker said.

“We had no idea. No idea that this was even possible, “Karen Crocker said.

They’re just one case in a growing list of thefts across the country.

Thefts have been a problem at the University of Arkansas as well.

Gary Crain with the University of Arkansas Police Department says there have been seven catalytic converter thefts reported on campus this year. As of now, the thieves are still on the loose.

The reason for the growing crime is that thieves can sell the converter's components and make good money.

“It’s a shame that this happens. Things that belong to somebody are being taken off,” Crain said.

RELATED: Catalytic converter thefts on the rise in our area