Catalytic converter thefts on the rise in our area

The device is used to cut down on pollutants from your vehicle. 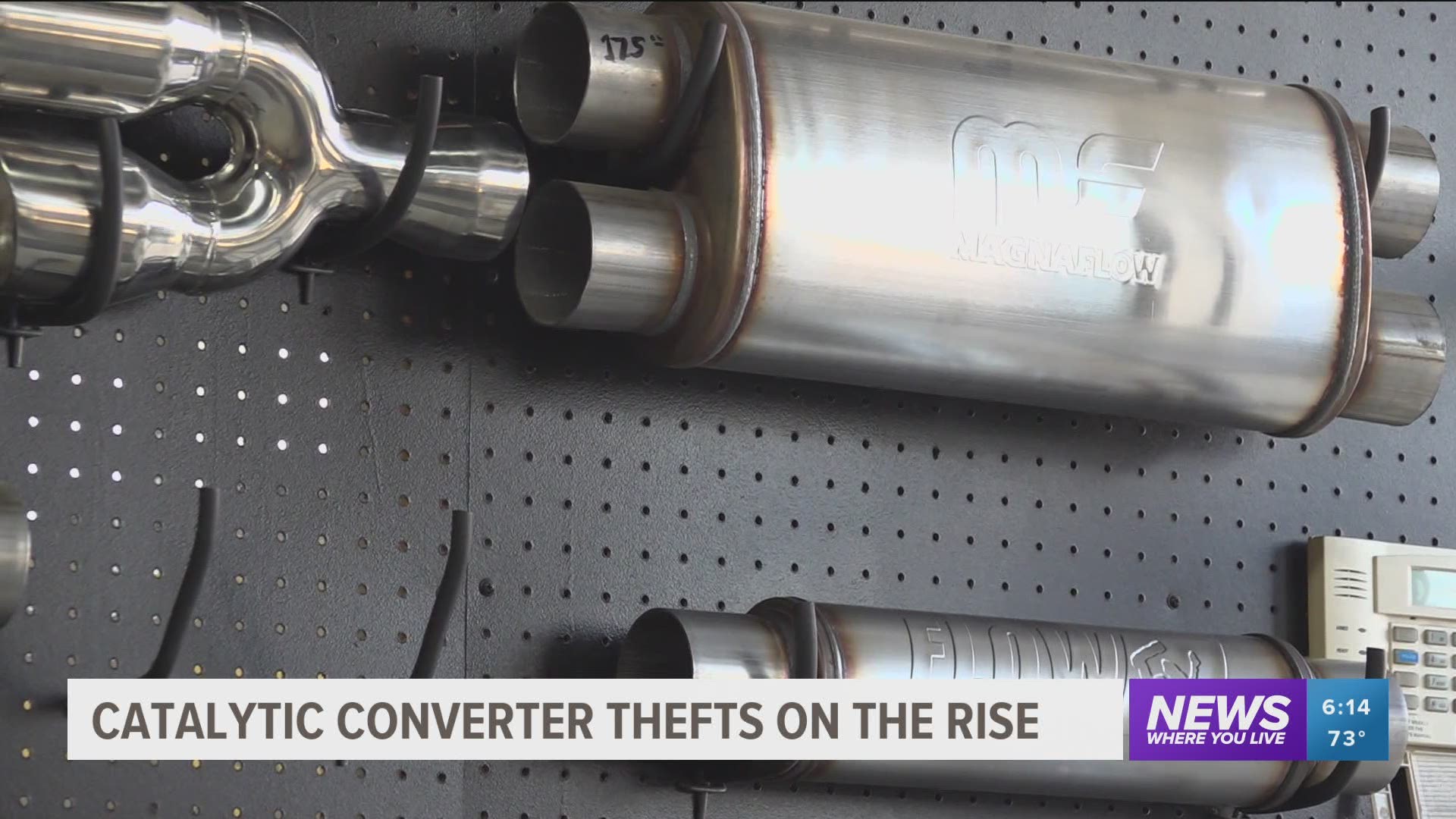 FORT SMITH, Ark. — Thieves are still on the lookout for those catalytic converters in vehicles across Arkansas. One theft was caught on video, showing how quickly these thieves were.

At around noon on Good Friday, a thief stole Daniel Smiths’ son’s catalytic converter outside of Central Mall in Fort Smith.

“He called me and said ‘Dad, there’s something wrong with my car…it’s really loud,’’ Smith said. “I told him to look under it and he said there were pieces of metal under it. And so, I told him that someone had probably cut off his catalytic converter.”

The device is used to cut down on pollutants from your vehicle.

Once stolen, thieves hope to make thousands of dollars selling the parts for the highly valued raw materials within the device. The price to replace a converter could cost up to $1,500 and the crime can take place anywhere you park your vehicle.

It took the thief less than two minutes to steal the car piece and a nearby business caught the theft in action.

“It backs up beside him just like it’s parked in a parking space, someone gets out of the passenger side car door, crawls under his vehicle, they cut the catalytic converter off and drive away,” Smith said.

“It’s frustrating, ya know, to have someone steal from you is terrible but stealing from kids who are out there working hard, it’s just even worse," Smith said.

Smith encourages anyone who witnesses the crime in the area to speak up.

“If you see something, say something, do something. Help get these people caught,” he said.

Fort Smith Police are aware of the crime and are currently investigating the situation.

RELATED: Some local gas stations temporarily run out of gasoline