Body found in burning home in Newton County, 2 arrests made

A homicide investigation has been launched after a man's body was found in a burning home Saturday in Newton County. 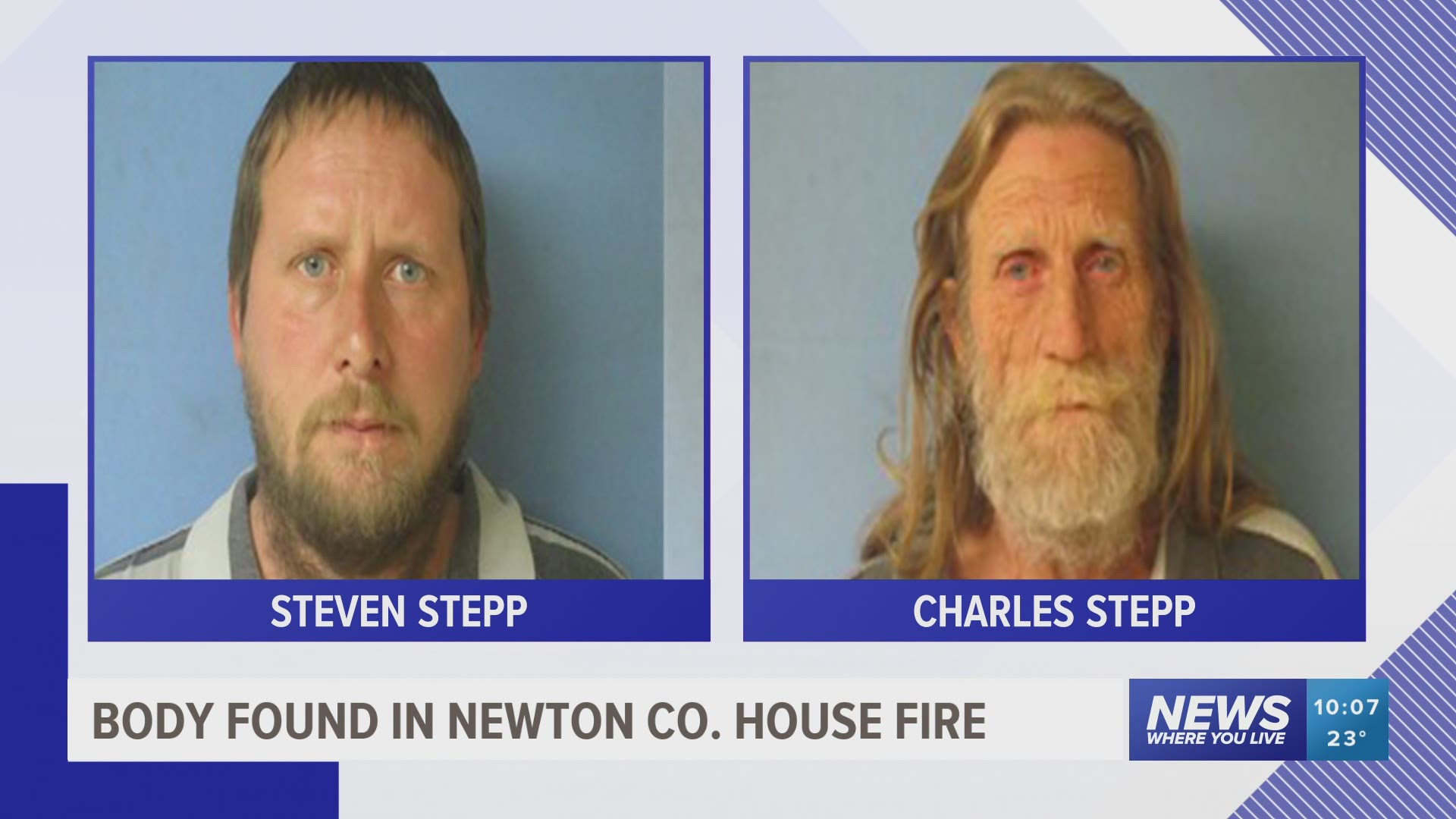 NEWTON COUNTY, ARKANSAS, Ark. — One man is dead, and two others are behind bars following a possible homicide and arson over the weekend in rural Newton County.

Members of the Deer Fire Department and Ozone Fire Department were called to a house fire west of Fallsville just after 3:30 p.m. Saturday (Jan. 9). While fighting the flames, firefighters discovered the body of a man inside the home, according to a press release from the Newton County Sheriff's Office.

At this time, it's believed that the body found inside the burning home is the homeowner. The Newton County Sheriff's Office says that evidence at the scene and information from sources lead investigators' to believe that arson and homicide may be at play.

The Newton County Sheriff's Office has not released the identity of the man found inside the home.

Police learned of a home in Clarksville where the pair were hiding. Surveillance was put in place at the home, and at around 7 p.m. Saturday, the suspects tried to sneak out of the back of the home and were apprehended without incident, according to the Newton County Sheriff's Office.

Steven Stepp is being charged with 1st Degree Murder, Arson, Aggravated Robbery, and other pending charges. Charles Stepp could face a Hindering Apprehension or Prosecution charge.

According to Newton County Sheriff Glenn Wheeler, deputies are also concerned for the welfare of two children who may have been at the home at the time of the homicide. The two children have been located and are safe and okay.