Gage Pellegrino was arrested after allegedly looking into the window of an apartment in Rogers. 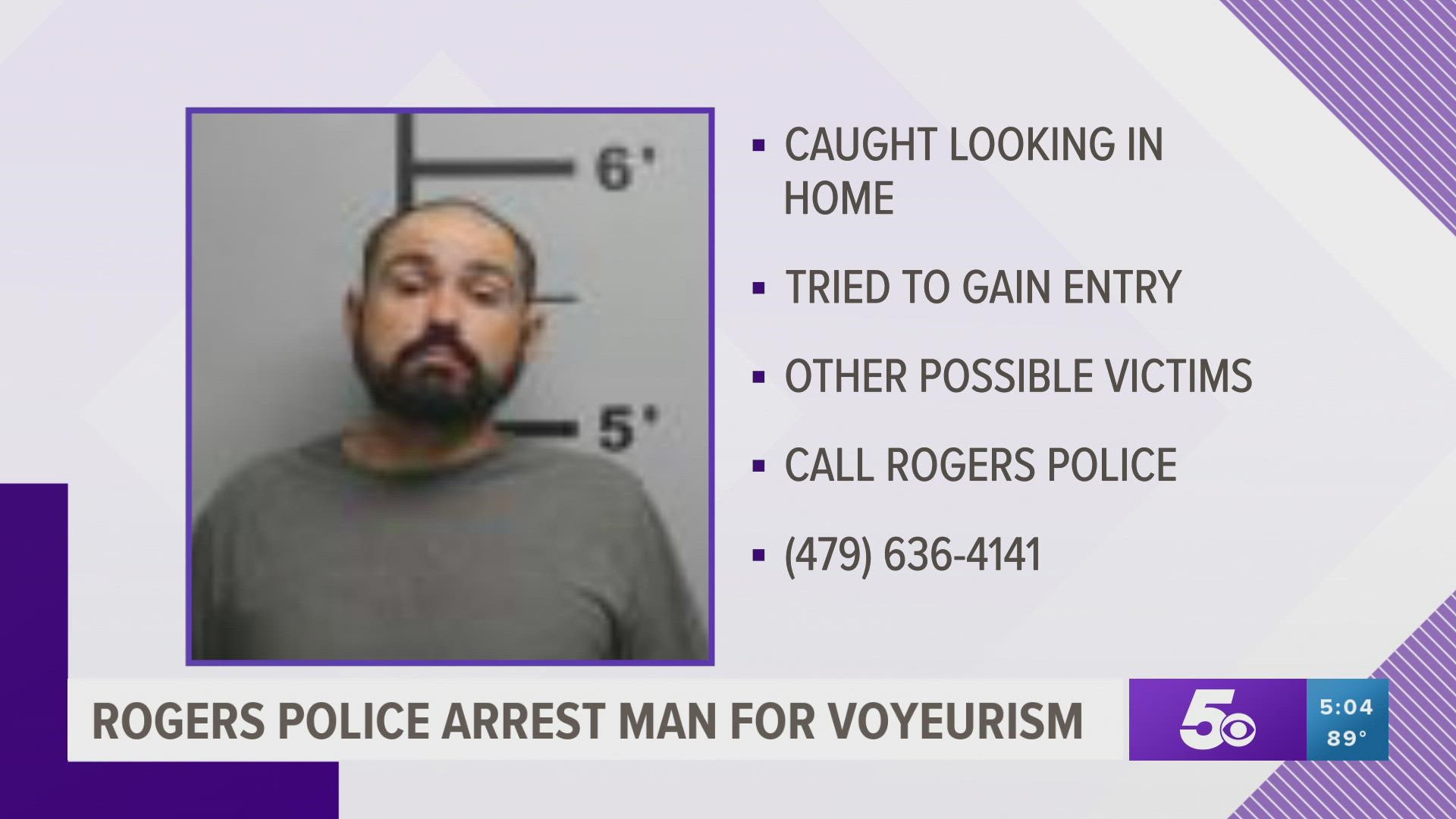 ROGERS, Ark. — A Bella Vista man has been arrested on numerous charges after he allegedly looked into a window of an apartment and attempted to enter the residence.

According to Keith Foster with the Rogers Police Department, 30-year-old Gage Pellegrino was arrested on Sunday, Sept. 12, and faces charges of attempted burglary, third-degree stalking, voyeurism and two counts of loitering.

Foster says on Sept. 3, 2021, around 12:08 a.m., officers with the Rogers Police Department responded to the 1600 block of W Pleasant Grove Road after a person claimed someone was looking into the window of an apartment.

After investigating, Pellegrino was seen on video multiple times looking into the window and attempting to gain entry into the residence, according to police.

Foster says Pellegrino has been previously criminally trespassed from other apartments and residences in the area.

Police believe there are other possible victims out there and would like them to contact local law enforcement.

If you have had a similar experience, you're asked to contact the Rogers Police Department at 479-636-4141, attn. CID.