His actions, which included working while impaired, accessing patient records and falsifying diagnoses, led to the deaths of three patients. 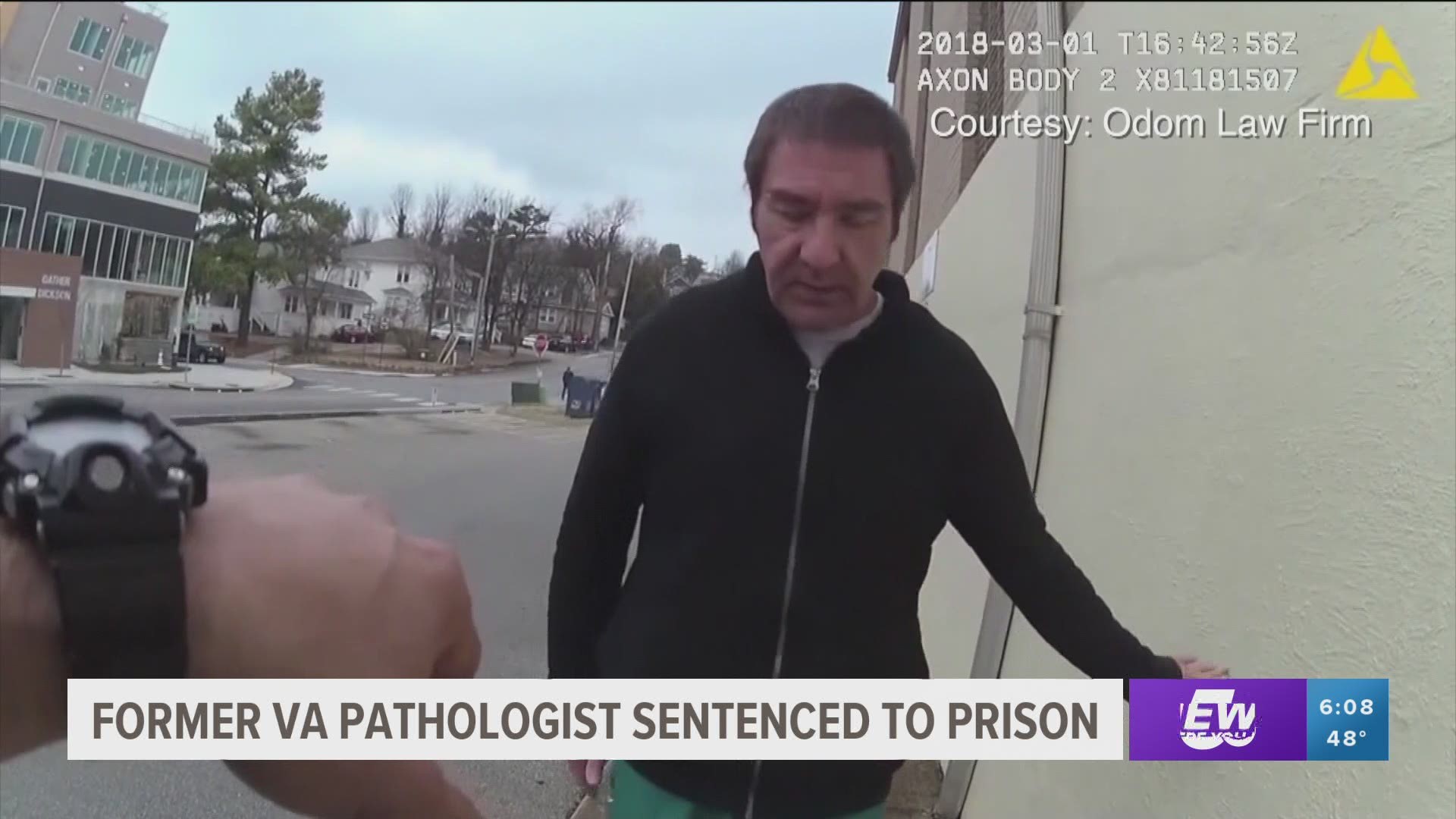 FAYETTEVILLE, Ark — A former pathologist at the heart of a scandal in which he is accused of working while impaired at the Veterans Healthcare System of the Ozarks in Fayetteville has been sentenced to 20 years in prison after pleading guilty to Involuntary Manslaughter last June.

Robert Levy, 53, pleaded guilty to one charge of Involuntary Manslaughter and one count of Mail Fraud in 2020.

The judge has recommended that Levy be placed in a prison near San Antonio, Texas.

His actions, which included working while impaired, accessing patient records and falsifying diagnoses, led to the deaths of three patients, according to Dak Kees, U.S. Attorney for the Western District of Arkansas.

Levy will be allowed to participate in a residential drug abuse program.

According to court records, in 2016, Levy appeared to be intoxicated while on duty, and a subsequent drug and alcohol test revealed his blood alcohol content was .396.0 mg/dL. As a result, the Fayetteville VA summarily suspended Levy’s privileges to practice medicine and issued him a written notice of removal and revocation of clinical privileges.

Levy acknowledged that the pending proposed removal and revocation of clinical privileges was “due to unprofessional conduct related to high blood alcohol content while on duty” and in July 2016, he voluntarily entered a three-month in-patient treatment program, which he completed in October 2016.

Toward the end of the treatment program, Levy executed a contract with the Mississippi Physician Health Program and the Mississippi State Board of Medical Licensure in anticipation of returning to practice medicine at the Fayetteville VA.

In the contract, Levy agreed to maintain sobriety to ensure his ability to practice medicine with reasonable skill and safety to patients.

According to court records, he agreed to “abstain completely from the use of... alcohol and other mood-altering substances” and to submit to random urine and/or blood drug screens. Non-compliance would potentially subject Levy to loss of his medical license and, in turn, his employment by the Fayetteville VA.

Levy returned to work at the Fayetteville VA in October 2016.

As part of the contract, Levy randomly provided urine specimens and blood samples for drug testing from November 2016 through June 2018. Each blood sample and urine specimen tested was reported negative for the presence of drugs and alcohol.

Court records state on twelve occasions beginning in June 2017 and continuing through 2018, while Levy was contractually obligated to submit to random drug and alcohol screens, he purchased for personal consumption 2-methyl-2-butanol (2M-2B), a chemical substance that enables a person to achieve a state of intoxication but is not detectable in routine drug and alcohol testing methodology.

He escaped a DWI charge in 2018 thanks in part to the 2M-2B chemical substance.

5NEWS spoke with the family of a veteran from the River Valley who died just a few months after receiving a letter from the VA about an investigation into Levy's misdiagnosis. He's now buried at the National Cemetery in Fort Smith.

“Today’s sentence will never change the loss and suffering endured by Mr. Levy’s victims and their families. He betrayed the trust of those who risked their lives for our nation and abandoned his own fundamental oath to do no harm. Justice also means ensuring a situation like this is never allowed to be possible again. As a veteran and Congressman, I will continue advocating for reforms that strengthen the credentialing process and VA medical system as a whole. Our soldiers protect us, and we must do the same for them when they return home.”

Congressman Womack has previously testified before the House Veterans Affairs’ Committee on this situation, called for examinations of VA procedures, worked with VA leadership to reform the reinstatement process, and led a letter to ensure Levy would not qualify to receive any retirement benefits.