The Bentonville fire captain admitted to police he confronted the victim about not being American. 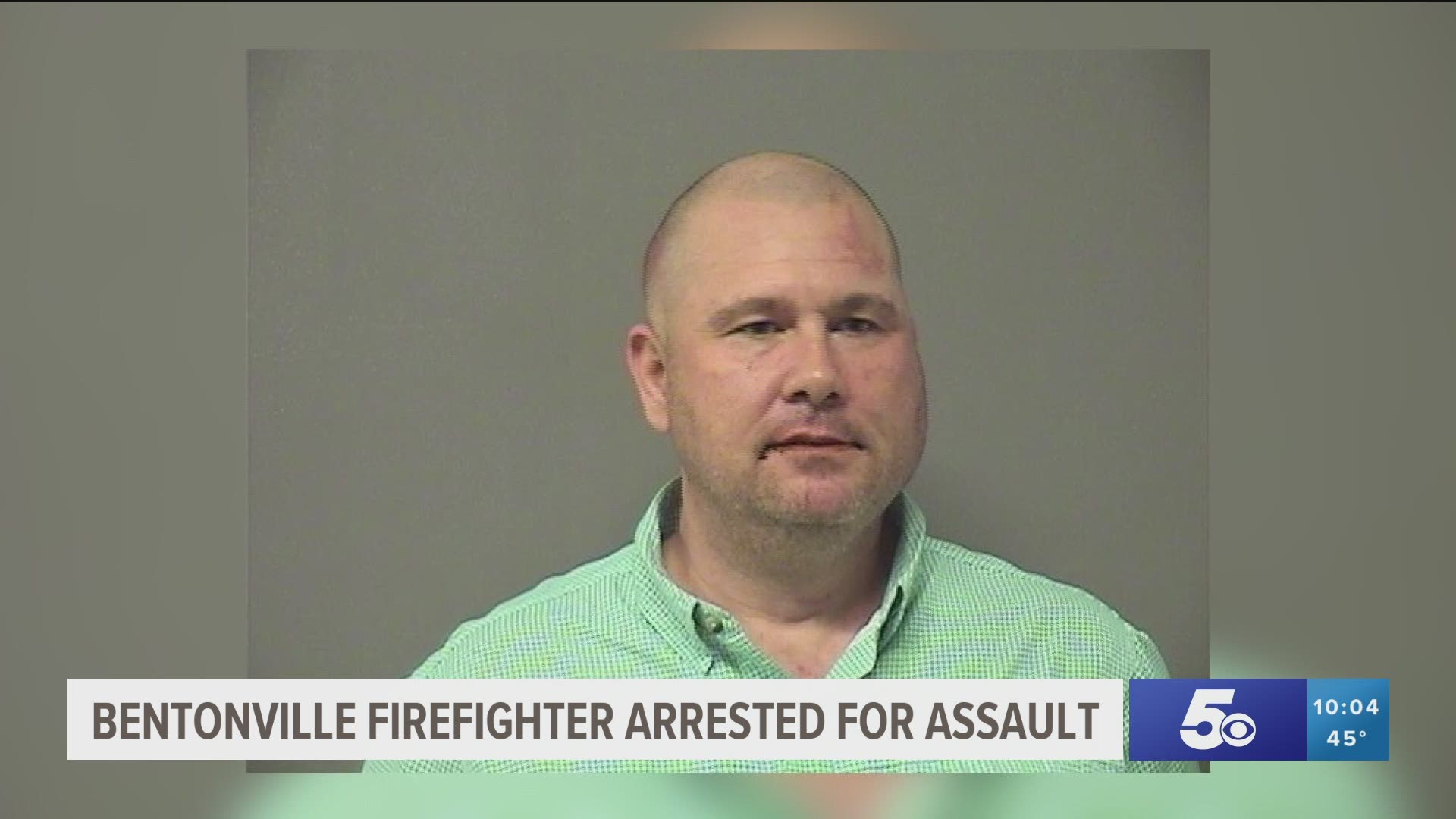 HOT SPRINGS, Ark. — A Bentonville fire captain has resigned after being accused of assaulting an Asian man outside of Oaklawn Casino in Hot Springs, Arkansas.

According to an arrest report, on Saturday, March 13, at around 9:00 p.m., Hot Springs officers were called to the Oaklawn Casino about a fight.

When the officers arrived at the casino, he contacted the victim, an Asian man, who had a red mark below his left eye, his shirt ripped open, and a scratch on his right knee.

The victim told the officer that he was walking outside the casino and he was approached by an unknown male, later identified as Bentonville Fire Captain Benjamin Snodgrass.

The victim said that Snodgrass asked him if he knew that he was in America and began to push him.

According to the arrest report, the two men fell to the ground, and the victim struck Snodgrass in self-defense as Snodgrass struck him in the face multiple times with a closed fist.

The two men then separated, and the victim called the Hot Springs Police Department. Once the officers arrived, the victim identified Snodgrass as the man who attacked him. Snodgrass was on a bench talking with Oaklawn security.

In the arrest report, an officer said he contacted Snodgrass and observed him having bloodshot and watery eyes and having a strong alcohol smell coming from his person.

When the officer asked Snodgrass what happened between him and the victim, he replied, "I don't know, man, they are pumping gasses into this place, and something is not right." The arrest report states that officers attempted to talk with Snodgrass; however, he wasn't speaking in clear sentences.

One of the officers finally pointed towards the victim and asked Snodgrass what happened, and he admitted he confronted him about not being American but stated nothing happen.

When asked to provide identification, Snodgrass gave his City of Bentonville employee card and an orange debit card.

The victim told officers he wished to pursue charges against Snodgrass for the battery. Snodgrass was then placed into custody and transported to the Garland County Detention Center. The arrest report states that Snodgrass refused to take a portable breath test at the detention center.

His charges included 3rd-degree battery and public intoxication. He has pleaded not guilty and will appear in court again in May 2021.

Snodgrass has been with the Bentonville Fire Department for 15 years and has been a captain for almost two years.

Debbie Griffin, community relations & economic development director for the City of Bentonville, told 5NEWS Snodgrass has been placed on leave pending an investigation into the alleged offense. She said he expressed regret and apologized for any embarrassment he has caused to his family, fellow firefighters, friends and the City of Bentonville.

"The City of Bentonville does not condone or tolerate any form of discrimination or violence," Bentonville Mayor Stephanie Orman said. "In fact, we have worked hard with the formation of a DEI task force both, in the community and internally as a staff, to make sure that everyone has a voice, they are heard, and feel welcome and protected in our community. We will continue our work to make Bentonville an inclusive, safe, and welcoming environment for all."

There is no hate crime law in Arkansas.