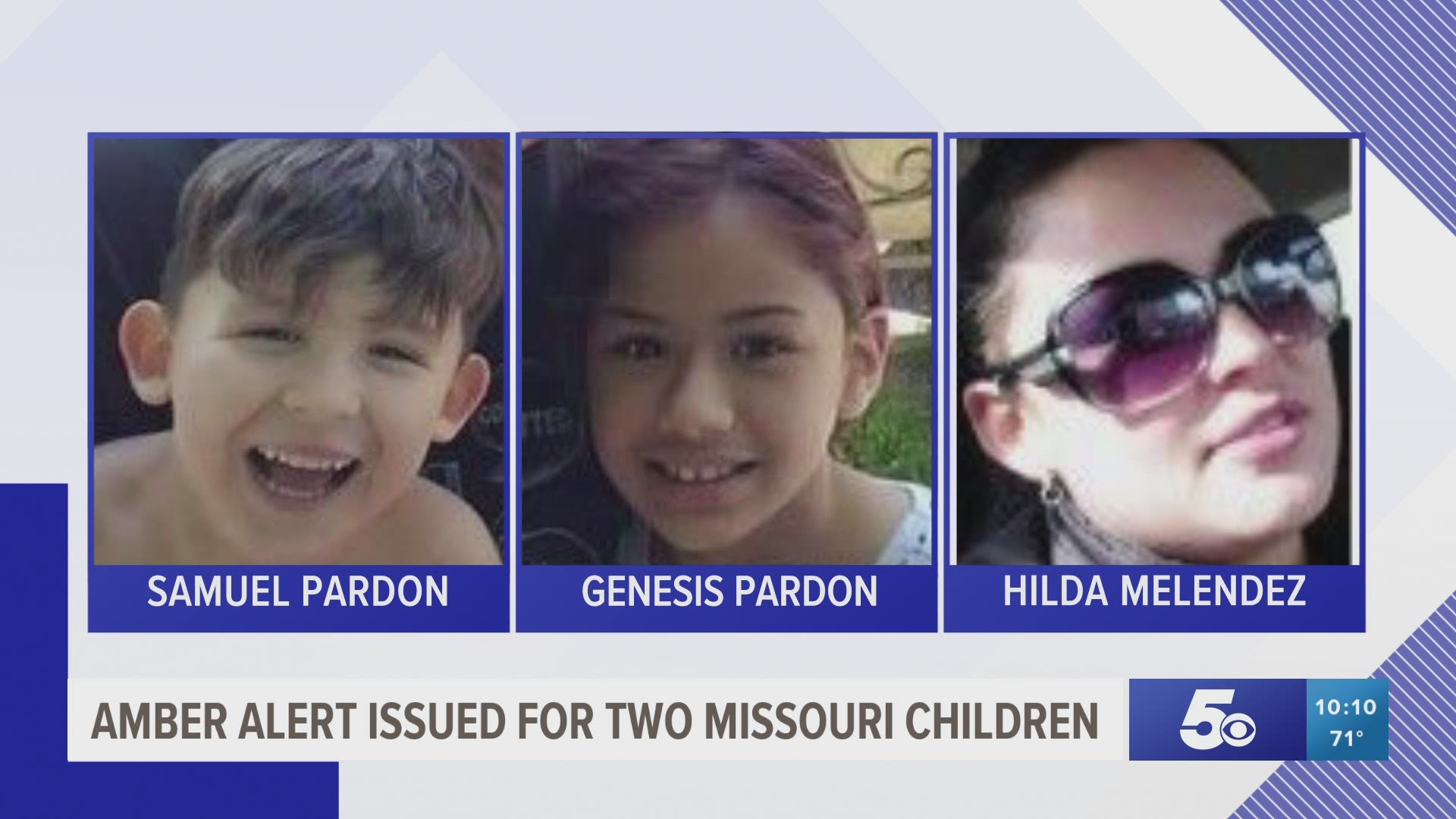 MCDONALD COUNTY, Mo. — UPDATE: Both children have been found safe in Miami, Oklahoma, and the suspect is in custody.

An Amber Alert has been issued for two children in Missouri after they were taken by a non-custodial parent.

According to police, Melende allegedly assaulted a woman who was watching the children and took them from the residence in Southwest City, Missouri, Thursday (July 9) morning just before 9 a.m.

Police believe they may be traveling in a 2009 red Ford Flex with Missouri license plate RA1J1L.

They say the suspect's mother Betty may also be traveling with them. Police believe they may be headed to Mexico and the children are in danger.

Melende is described as a white female with brown hair and brown eyes, about 5 feet 3 inches tall and weighs 130 pounds.