ROGERS, Ark. (KFSM) — Strong winds knocked down a tree damaging several gravesites at Pleasant Grove Cemetery, some of the headstones date back to the early 180... 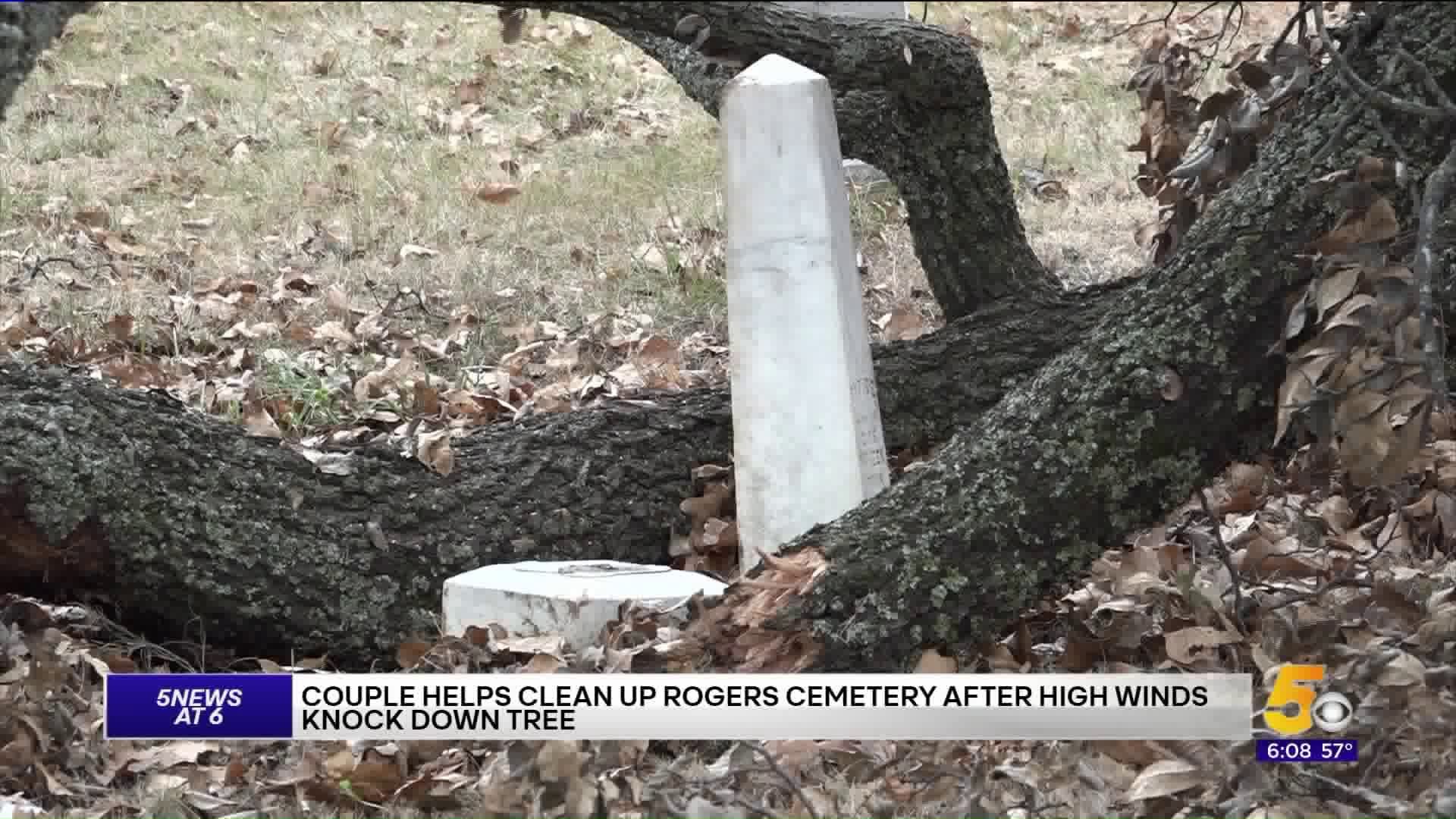 ROGERS, Ark. (KFSM) — Strong winds knocked down a tree damaging several gravesites at Pleasant Grove Cemetery, some of the headstones date back to the early 1800s.

We first told you about the damage earlier this week after those living nearby were left wondering who owns the property and who would help fix the damage.

“I figured somebody needed to do it, it’s in dire need of some help, so we just decided to come out here to see what we could do to help out,” said volunteer Kenny Duncan.

Kenny and Theresa Duncan don’t know anyone who is buried in the cemetery in Rogers, but after seeing a tree had fallen on several headstones they knew they had to help.

Kenny spent the morning with his chainsaw cutting off the limbs and moving the tree off the gravesites.

“It’s an eyesore, the whole gravesite, cemetery here is in dire need of some help and someone needs to get out here and do something about it,” he said.

Now that the tree has been moved off the headstones, it looks like only minor damage was done to one headstone that dates back to 1846.

The question still remains, who would’ve come out to clean it up if the Duncan's wouldn’t have?

“We know somebody is maintaining it otherwise it would be overgrown. Somebody is doing it and I’m thankful they are doing it, I just would like to know who it is and maybe I can help them out in another way,” Victoria Rose said.

Rose says her third great grandparents have been buried at the cemetery since the 1890s.

Pleasant Grove Church did stand next to the cemetery but was torn down around 15 years ago for new construction and the church later dissolved. Rose says the church was first a log cabin built in 1875.

“The cemetery was there before he built the log cabin and since town has moved in, many others have moved out and we’ve lost track of who is taking care of it,” she said.