Construction Continues On Expansion At The Walmart AMP

Progress is being made at the Walmart AMP as it undergoes a major expansion before the concert season begins. 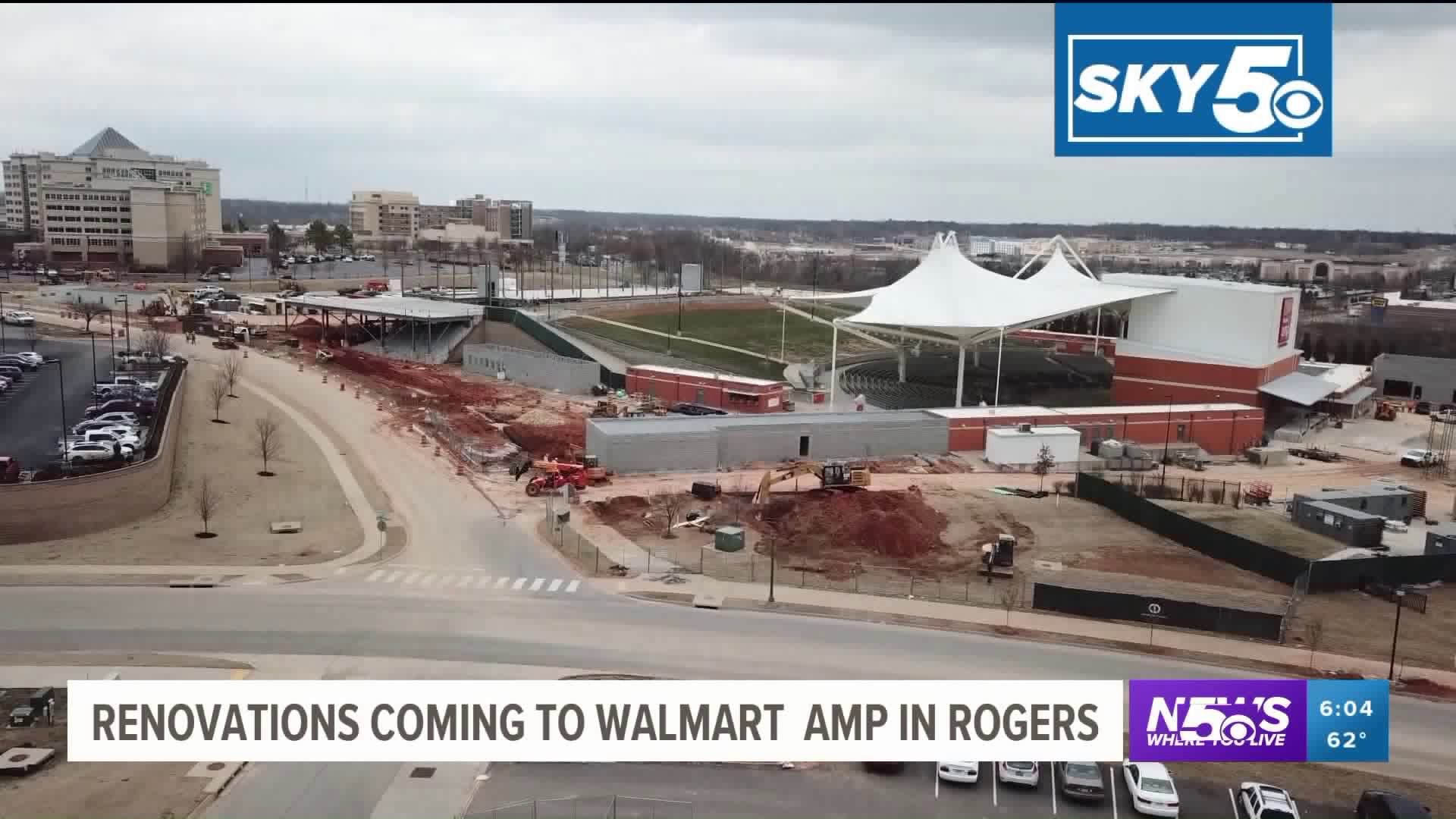 ROGERS, Ark. (KFSM) — Progress is being made at the Walmart AMP as it undergoes a major expansion before the concert season begins.

Some of the work being done is expanding the box office, adding more windows to make it easier to buy and pick up tickets, and they are making the main entrance bigger. There will be even more concessions and restrooms.

“Every year the names just keep getting bigger and bigger,” Aaron Ake said.

Ake thinks big names will just continue to make a stop in Rogers, especially once the AMP’s expansion is complete.

“The additions to having more bathrooms and more concession, especially up on the top of the lawn is going to be really cool," Ake said. "It’s going to make it more easy instead of having to walk down the hill and then walk back up.”

Jennifer Wilson with the AMP says there will be no additional seats under the cover, just more lawn seats bringing the total capacity from 10,000 to 11,000.

“At the top of the lawn we are adding covered viewing area that’s going to be for event space and flexible viewing space and on either side of that we’ve got two outdoor plazas that we are adding with additional concessions and restrooms,” Wilson said.

There will be no additional AMP parking with this expansion. Wilson says they will continue to work with the businesses around the AMP to use those parking lots.

“It just makes more sense," she said. "That is a growing area and we do not want to take a lot of that space and create dedicated parking for it, we would rather use that space to create more amenities in the area.”

Wilson says with Live Nation coming on as the AMP's preferred promoter, they are already starting to see bigger names coming here.

“23 concerts are announced already, we have more that will still be coming, and we are bringing in anything from shows that people love like Dave Matthews and see every time he comes, in to new shows like Alanis Morrisette to Sam Hunt,” Wilson said.

More additions most people won’t see are backstage for the artists. They are expanding the loading dock, artist wing and catering kitchen to make sure they have everything they need for larger tours that will be coming to the area.

Construction started in November of 2019 and should be finished by the first concert of the year, when Kenny Chesney takes the stage June 11, 2020.