Confused About Medical Bills? Here’s How To Understand Your Expenses

ARKANSAS, USA — When you get ready to spend thousands of dollars on something like a home, an apartment or a car, you usually spend some time figuring out exact... 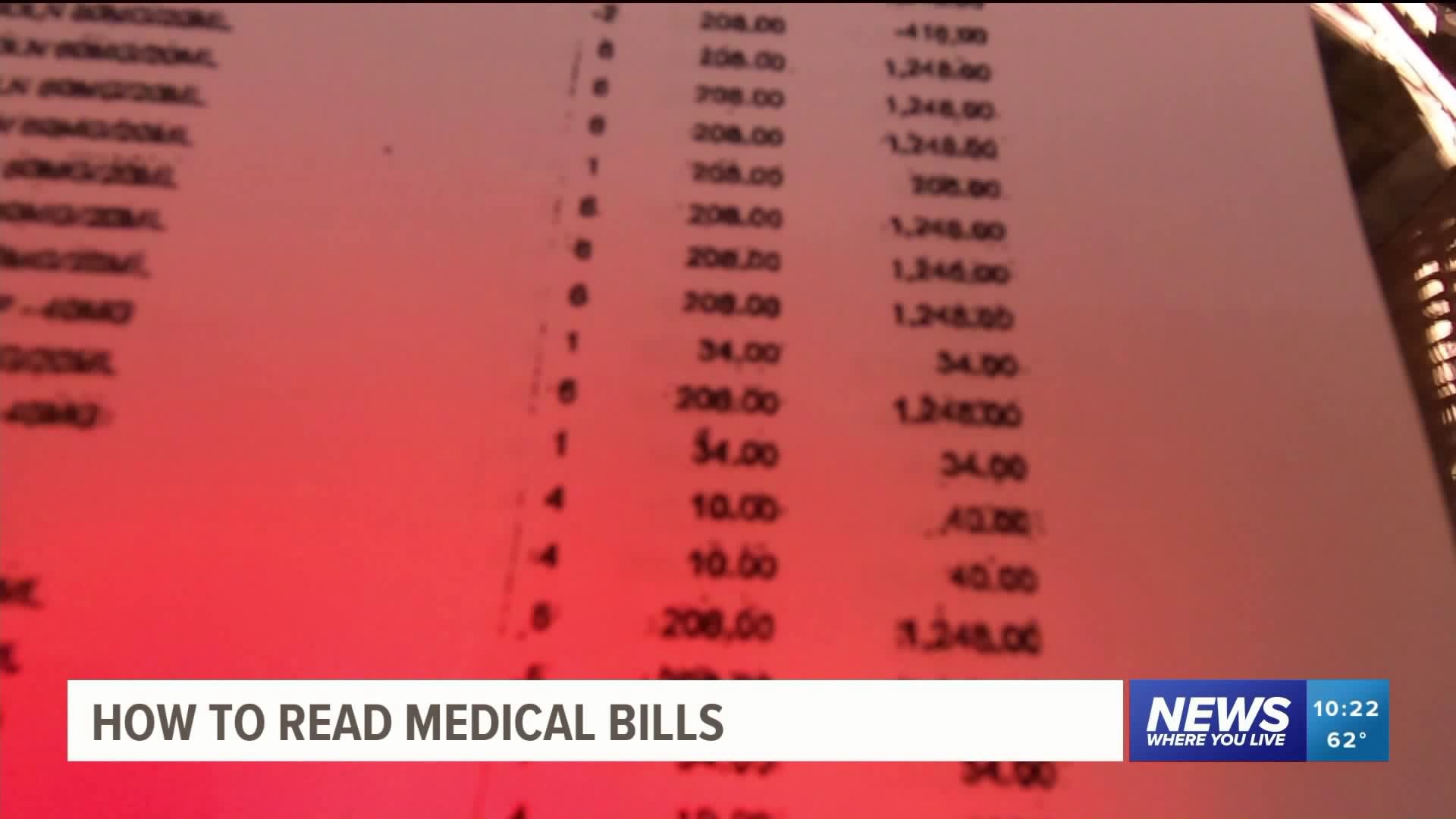 ARKANSAS, USA — When you get ready to spend thousands of dollars on something like a home, an apartment or a car, you usually spend some time figuring out exactly what you're paying for.

The lease or the contract can be complicated. Lawyers sometimes get involved, but when it comes to an expensive medical procedure, we find out the charges through a bill, just like paying for electricity or cable.

Somehow, that thing in the mail from the doctor is usually way more complicated. We need to de-mystify the medical bill.

We need a translator. We need something like the Rosetta Stone, which helped us translate ancient Egyptian hieroglyphics in the 1800's.

"You have to be a bit of a detective and be able to dig through all of the different medical bills that people receive," said Victoria Powell, a consultant who speaks medical bill.

"In this particular case these are codes for what's called 'hic-pics' codes," she said while looking over a stack of paperwork and referring to codes used for Medicare and Medicaid patients.

That stack is something familiar to anyone who makes a trip to the doctor or hospital.

The string of bills comes with lines of numbers and often shifting bottom lines.

Some can be huge and overwhelming. Some nitpicky and easily overlooked.

Both can paralyze our pocketbooks because we can't figure out what to pay or what we're paying for.

Powell can translate and has some advice.

"You have to be really conscientious about what it is that you've received in the mail," she said before pointing to column labels on the top of a sample bill.

"So the actual charges, the retail price, if you will, is usually only applicable to those who don't have any type of coverage," Powell said, pointing to the huge number in the first column.

If you have insurance, it almost always should be ignored.

There's usually a column that shows what insurance paid. Providers and insurance companies negotiate everything. That column then illustrates the discounts and agreements they have all worked out to get to the price you pay.

So find that patient balance figure, but be alert for anything in the "insurance balance" column.

This is often where the fighting starts. From the day you get treated to the day they lick the stamp in the provider's billing department, there are plenty of ways for the bill to get backed up. Powell said pay attention.

"You have to be the squeaky wheel. You have to start making those phone calls. Why did it get denied?" she said. "You want to find out from your insurance company why they did not pay."

While that's going on, the bills keep coming and the numbers on them can change.

So how long should you wait for that bottom line to get settled?

"After 30 to 45 days it should have been billed. The insurance company should have made some type of answer, and sent in some type of payment," she explained. "Then the next bill after that, about your 60 day bill, then you should be left with a patient balance."

If the bills stack up and you fall behind while waiting for the right time to pay, don't clear out small X-ray bills and put off the big tabs from the hospital.

"If you're paying a little bit to everyone you can keep the collection people at bay," Powell said. "So many people want to just pay what they can on one bill. When really if you pay what you can but spread it out among your bills, you're going to make the hospitals happier."

And just like with a weird water bill, don't be afraid to call with questions. Get as smart as you can about your body because it's your money.