The department held a parade by his house in his honor Tuesday (May 26). 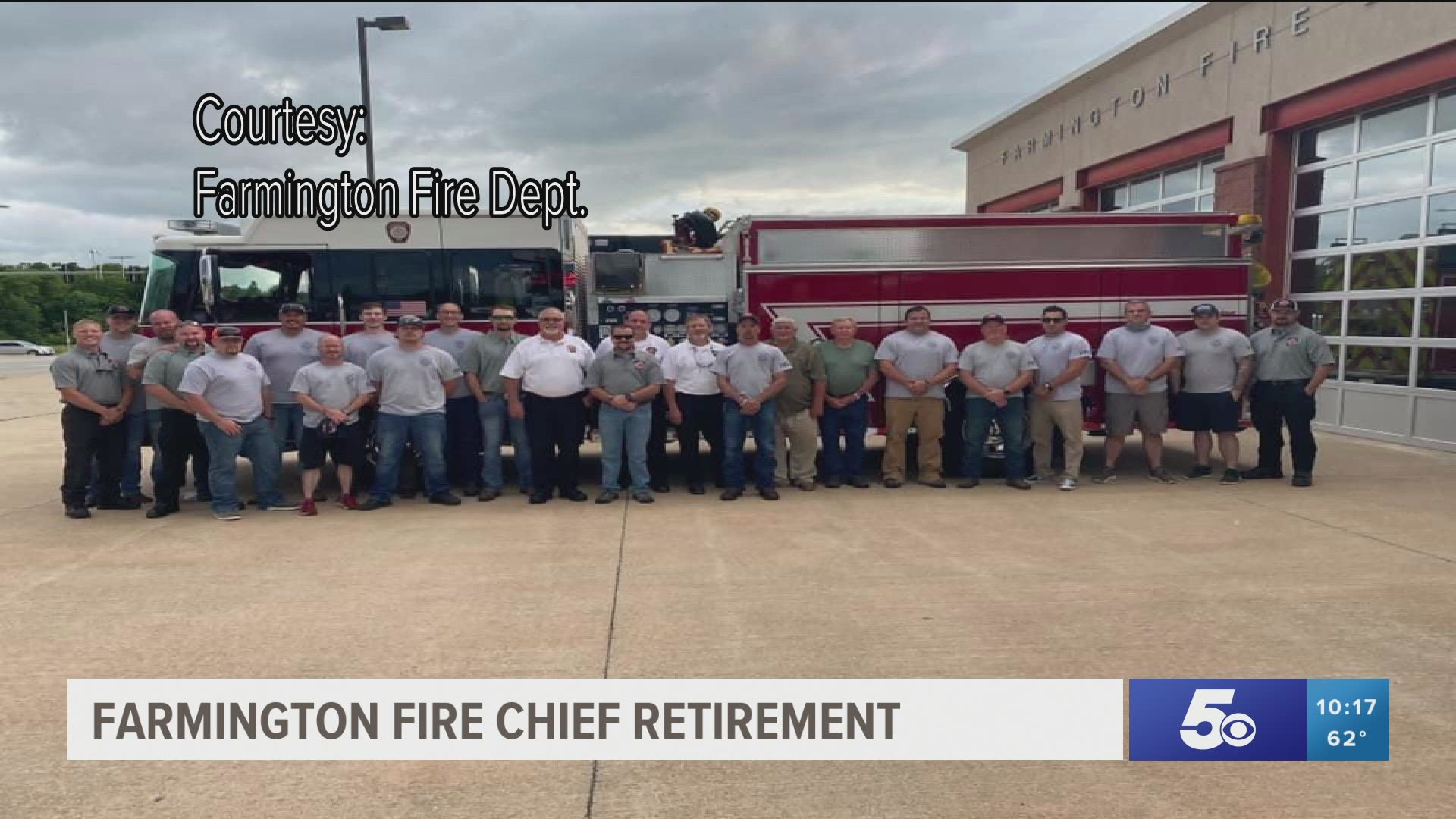 The department held a parade by his house in his honor Tuesday (May 26).

Posted by Farmington Arkansas fire department on Tuesday, May 26, 2020

Posted by Farmington Arkansas fire department on Tuesday, May 26, 2020

As a Farmington native, Cunningham started as a firefighter for several years, was then promoted to captain, then assistant chief, and took the chief position in 2001.

The department then began to add more full-time personnel and now has six full-time firefighters and is staffed 24/7.

Cunningham told 5NEWS that being the Farmington Fire Chief has been his dream job and it was fulfilling. He said the people in the community have been great during his time as chief.

He said he appreciates everyone's support, cooperation and friendship during his time at the department. He said he will be a lifelong resident of Farmington and will be until he dies.

Cunningham plans to travel with his wife, do more church work and then plans to do some fishing and going to car shows. He and his wife have 11 grandkids.

William Hellard was hired a few weeks ago as the new fire chief to replace Cunningham and has been with the Rogers Fire Department for 20 years as a captain.