Taz is a one and a half year old long-haired terrier mix who's ready for his forever home. 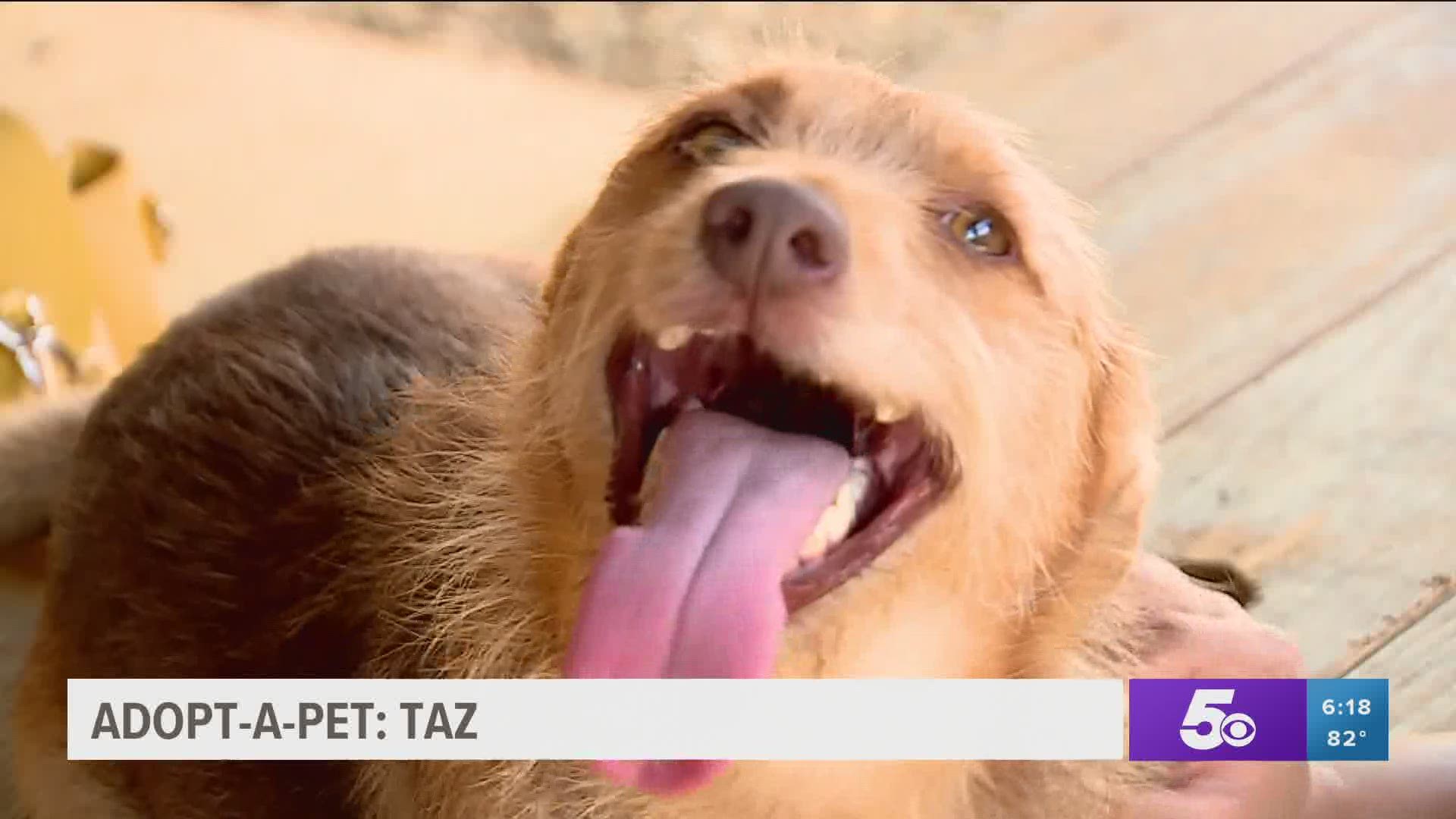 This week's Adopt A Pet takes us to Centerton where we meet a cute little guy who's waiting for the right family to break him out of the shelter and on to a better life.

Taz is a one and a half year old long-haired terrier mix who's ready for his forever home. He came to the shelter from a different organization and has been there for far too long, something shelter staff says they don't understand.

“I am asking myself the same question. I’m not sure. Nobody has shown any interest in him and it just shocks me," said Jeremy Rhodes, a Centerton Animal Control Officer.

Rhodes says Taz is a very lovable little guy who gets along great with everyone he meets.

“He loves to run, be chased, tag is probably his favorite game, but he’s just an all-around really good dog,” Rhodes said.

Taz's ideal home would have another dog for him to play with and a big back yard to run around in.

"We haven’t tested him out with children yet, but I wouldn’t have any doubt in my mind that he would be great with kids,” Rhodes said.

Taz is named after the Tasmanian Devil from the iconic Looney Tunes show. Unlike the animated character though, Taz isn't a ferocious hot-head.

“He is a very energetic little guy and unlike the cartoon, our Taz doesn’t destroy everything in his path," Rhodes said. “But he does like to spin in circles whenever he gets excited.”

Adopt a Pet: Taz in Centerton

Taz is eager to learn, is very sweet and would make a great addition to any family.

The Centerton Animal Shelter could always use donations from the community for things like leashes and collars.

Thanks to a nationwide pet adoption drive, Taz's adoption fee is half price this month costing $30.