After a rough start in life, these dogs are now ready for a good home. 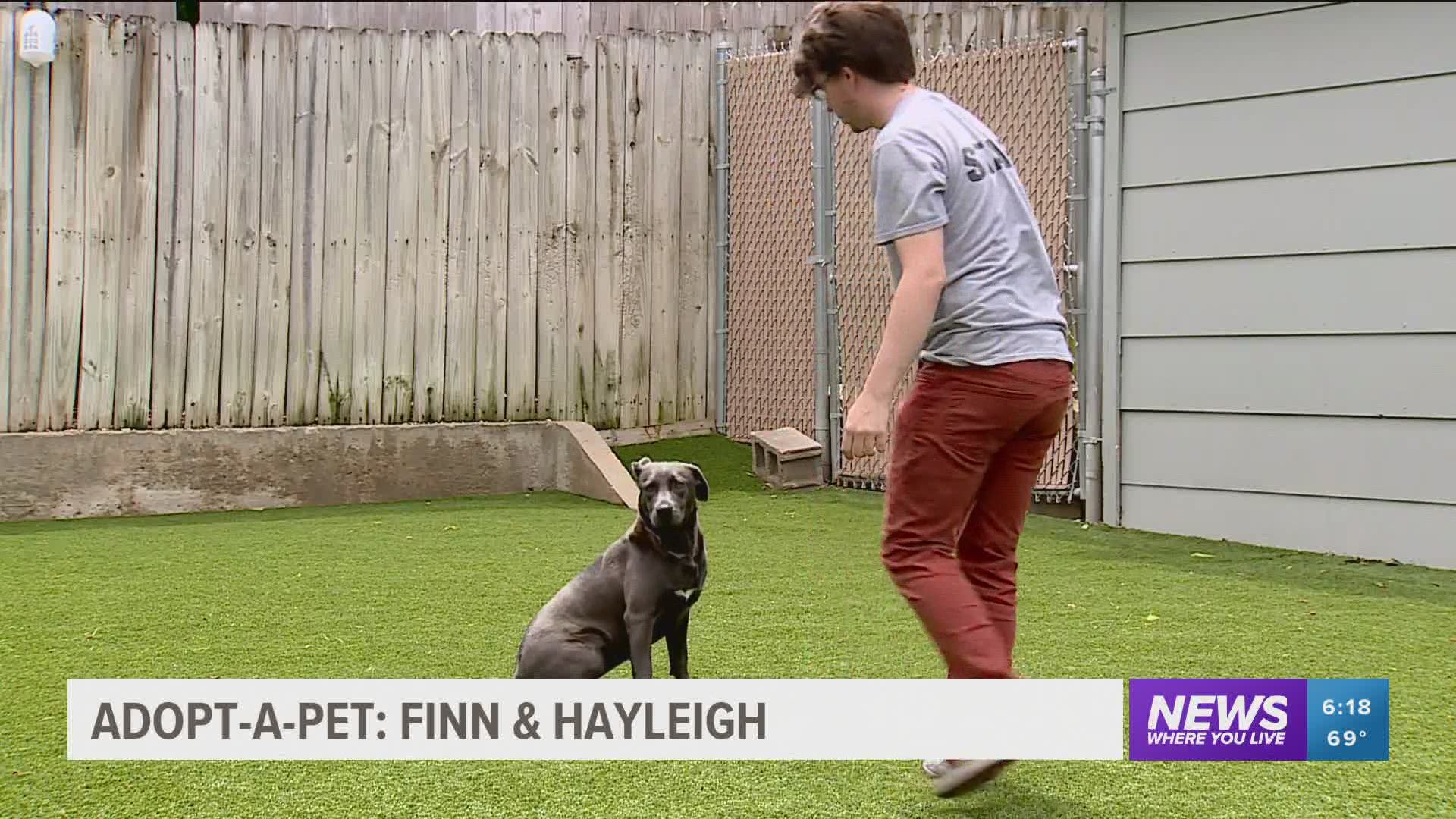 FAYETTEVILLE, Ark — After a rough start in life, two young pups in Fayetteville are now looking for their forever homes.

One-year-old Finn spent the first ten months of his life tied up outside.

"He wasn’t treated very well so, he does have a little bit of trust issues but after a couple of days he gets to know you and he just wants to hang out with you all the time,” said Kara Nickell with Arkansas Weimaraner Rescue.

Nickell says Finn loves to go for walks, runs and hikes. He would do well in a house with dogs his own size, but no cats or small children.

“He is fully vetted, he’s neutered and he just really needs a home that can be patient with him and that’s going to take the time for him to get used to everything,” Nickell said.

One-year-old Hayleigh was found abandoned and tied to a tree, she is also heartworm positive. She won't be ready for adoption until after her treatment is over.

Hayleigh loves belly rubs, enjoys the company of children, other dogs and even cats.

After a bad start with life, these dogs are now ready for a good home.

For more information on how you can adopt, click here.