65 dogs are available for adoption at Rogers Animal Services. 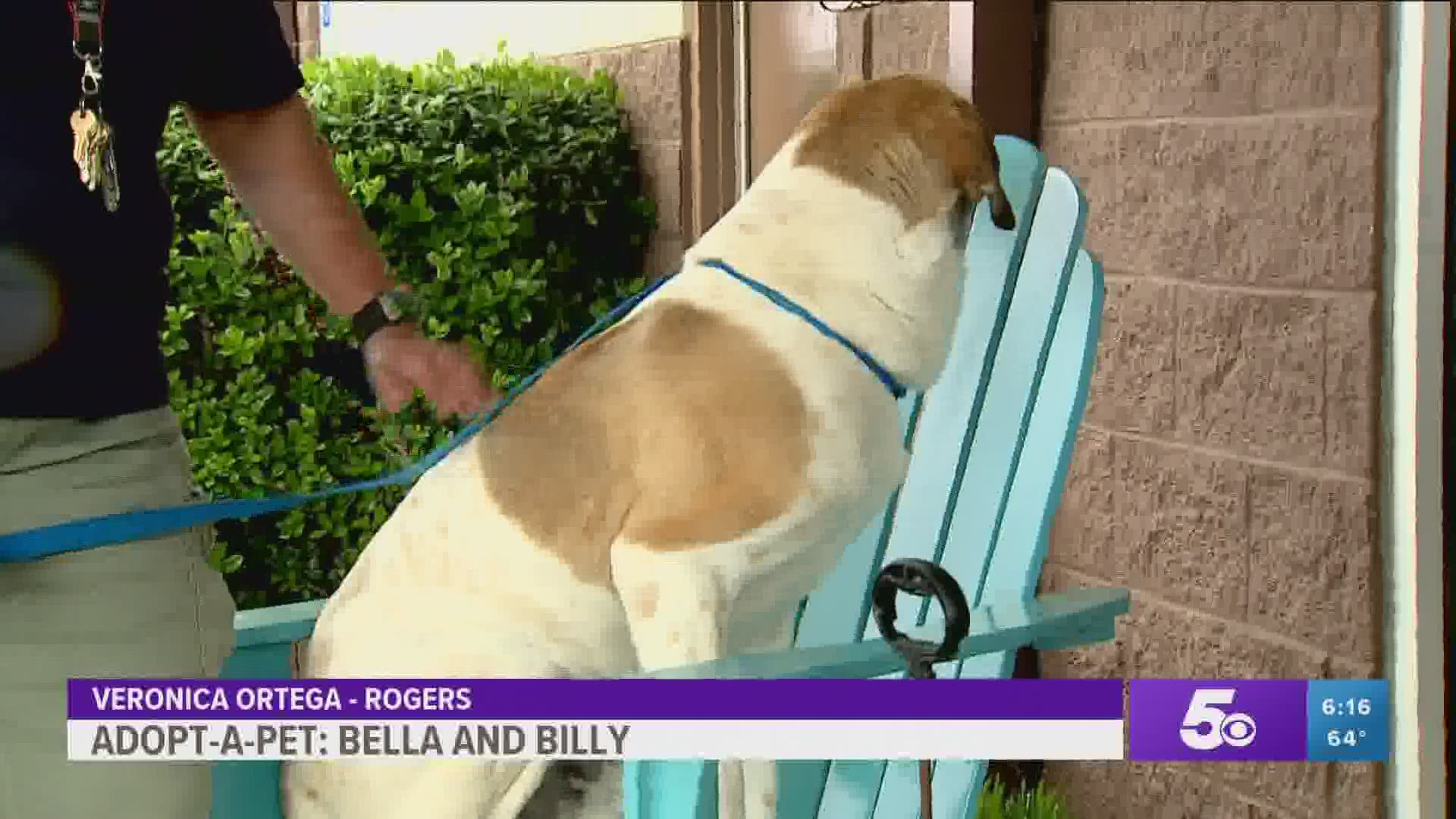 ROGERS, Ark — Like other shelters and rescues in our area, Rogers Animal Services have had to change the way it operates because of COVID-19. Although the process has changed, people can still adopt one of the 65 dogs available at the shelter.

Bella is a 7-year-old boxer mix and was found abandoned in Rogers.

“We actually found her sleeping out on the driveway where she was abandoned and her only friend in the world was a cat that lived there," said Matthew Colston, Assistant Manager for Rogers Animal Services.

Bella's cat buddy has since been adopted, but she's still waiting for her forever home.

A home with a cat companion would be nice, but she would have to meet any dogs that are already in the home first.

“She’s actually a very gentle dog. She’s been around children. We knew the family that abandoned her had had small children and she never had any issues with them,” Colston said.

Billy is a gentle giant who is shy at first, but once you get to know him he's very sweet and just wants to be loved.

The 2-year-old American foxhound mix was found as a stray running around with his sister.

“He’s so incredibly people-focused. When you pull him out of the kennel he just wants to be right here with you,” Colston said about Billy.

Unlike Bella, Billy isn't a fan of cats. He does get along well with other dogs and children though.

“He doesn’t get over-energetic or anything like that and as long as he gets his exercise, a couple of good walks a day, playtime in the backyard he’s going to do really well,” Colston said.

The pair both want families that will spoil them for the rest of their lives.

Rogers Animal Services is having an empty the shelters adoption event sponsored by the Bissell Pet Foundation May 9 through May 17.

The event is for people with pre-approved applications and by appointment only.