SILOAM SPRINGS, Ark. (KFSM) — A Siloam Springs home was torn to pieces by Monday (Oct. 21) morning’s tornado. The only room in the house left unscathed pr... 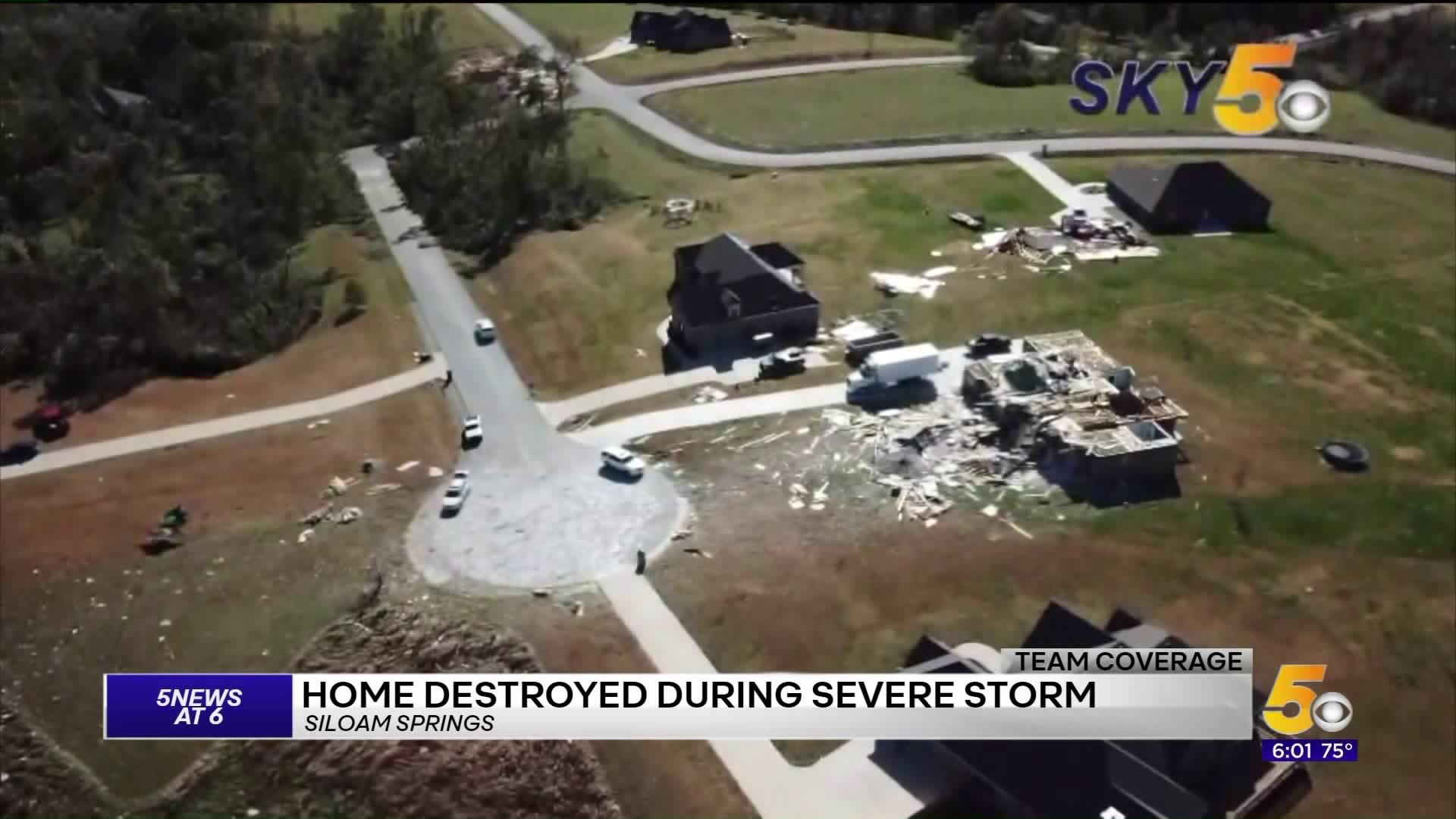 SILOAM SPRINGS, Ark. (KFSM) — A Siloam Springs home was torn to pieces by Monday (Oct. 21) morning's tornado. The only room in the house left unscathed protected a mother and her young children as they took shelter from the storm.

All that's left standing at the home are stone walls. The roof was completely torn away.

The family inside told 5NEWS they built the home less than two years ago.

Rachel Smith and her two kids were the only ones inside the home when the tornado hit. Her husband was out of town.

In just moments, the roof was gone, windows were shattered and the walls crumbled around them.

Smith says she woke up to a weather alert on her phone, grabbed her two kids, and took shelter in their master closet.

Hugging her young sons for dear life, Smith says she hoped and prayed the walls of the closet would hold.

"We were praying, there was a lot of praying," Smith said.

The National Weather Service is calling the tornado that struck Smith's home an EF-2.

"The master wall fell in on the bed, the living room wall had fallen in, the roof on the other side of the house over one of the boy's rooms is completely gone. It's just amazing the power, and just how quickly this kind of destruction can happen," Smith said.

After what she describes felt like centuries, the storm settled, and the next-door neighbors came over to help out.

"I always thought a tornado would be really fast and come in and out, and everything gets quiet after, but I felt like it was chaos," Smith said.

Smith says her closet doesn't seem like just a closet anymore, but a room she firmly believes saved her family's life.

"That and God. That's all I really know how to put it," Smith said.

Smith, friends and family have spent the following days gathering what they can before storms approach again this weekend.