Clarksville, ARK. (KFSM) — Two Clarksville students were given a special surprise when their brother, who is currently serving in the Navy, returned home. Navy ... 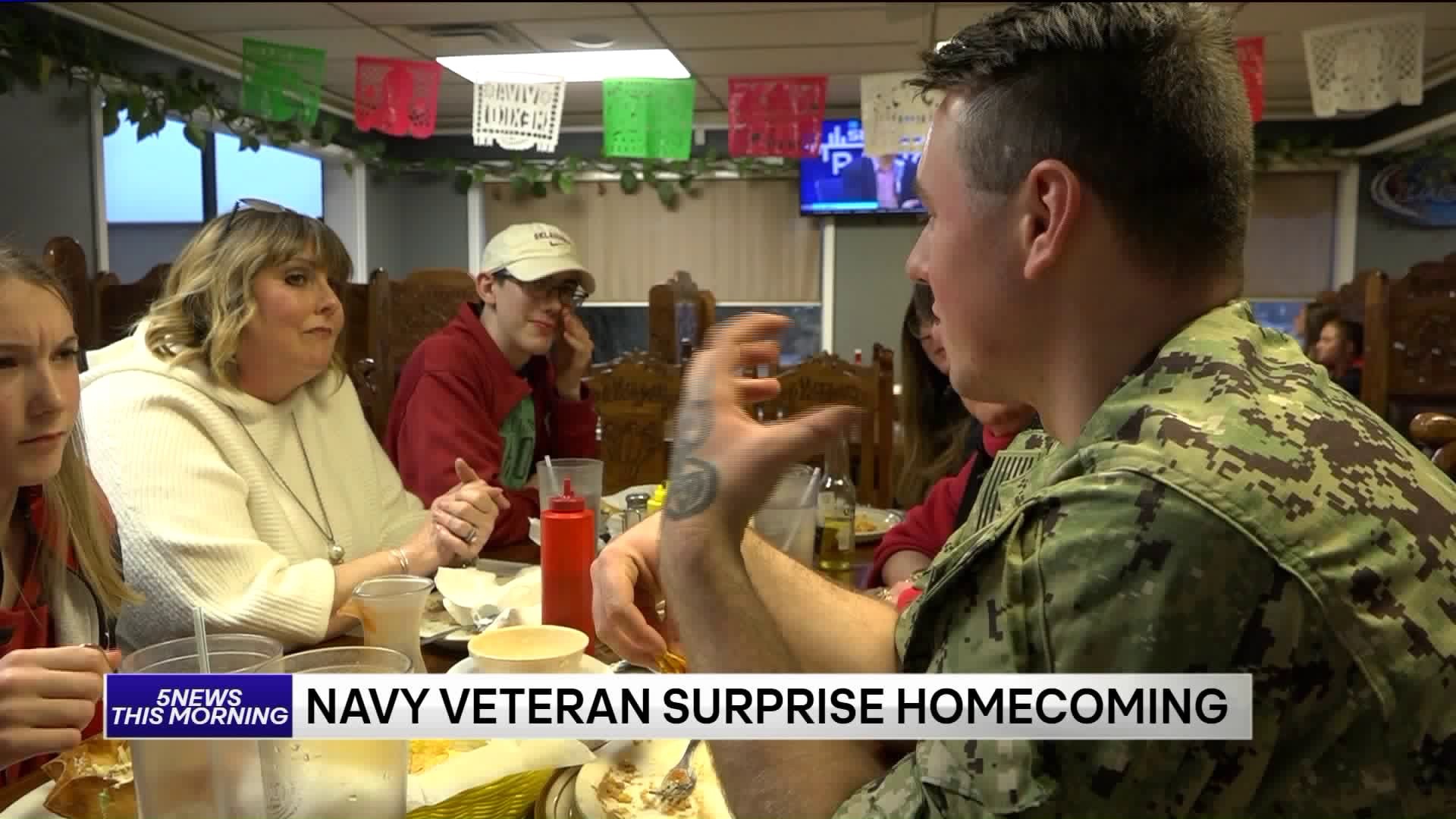 Clarksville, ARK. (KFSM) — Two Clarksville students were given a special surprise when their brother, who is currently serving in the Navy, returned home.

Navy damage control fireman Greyson Mullins hasn't been home to see his family in Clarksville in nearly a year.

On Thursday (Nov. 21), Greyson showed up at the Clarksville Middle School to surprise his little sister, 8th grader Mckenna Mullins.

She didn't know he was coming and ran into his arms when the teacher in the band room announced his arrival.

"I haven't seen him in such a long time. We have a lot to talk about," McKenna said.

After surprising his little sister, Greyson went to Clarksville High School, where his 16-year-old brother Gage Mullins was in class.

Gage was called to the front office, but on his way, he saw his brother standing in his military uniform.

One of the culprits behind the heroes' welcome and who kept the surprise a secret is Kim Mullins, Greyson's mother. She also caught the reunions on video.

She said she's glad to have her children back together for Greyson's Thanksgiving break.

"The one thing you want more than anything in the world is for your kids to be happy and to be close and to love each other," Kim Mullins said.

Greyson will go back to serving our country on Dec. 2, but for now, he's home and has a few things he would like to do first.

"Sleep. Sleep is definitely a big one," Greyson said.

When asked if he was excited to sleep in his own bed, he replied with an urgency to sleep anywhere.

"I don't care. Just not on a ship. I will sleep on a couch or on the floor," he laughed.

Greyson usually makes it home to Clarksville for Christmas time, but this is his first Thanksgiving home since he enlisted 4 years ago.

Kim Mullins said the family will spend as much time together as possible before Greyson leaves for duty once again.

"I love the fact he is representing our country well, representing Clarksville Arkansas well and the Mullins family. I couldn't be prouder," she said.