VAN BUREN, Ark. (KFSM) — One Van Buren annual Christmas tradition is celebrating its final holiday season this year. The Hodo House will retire from its C... 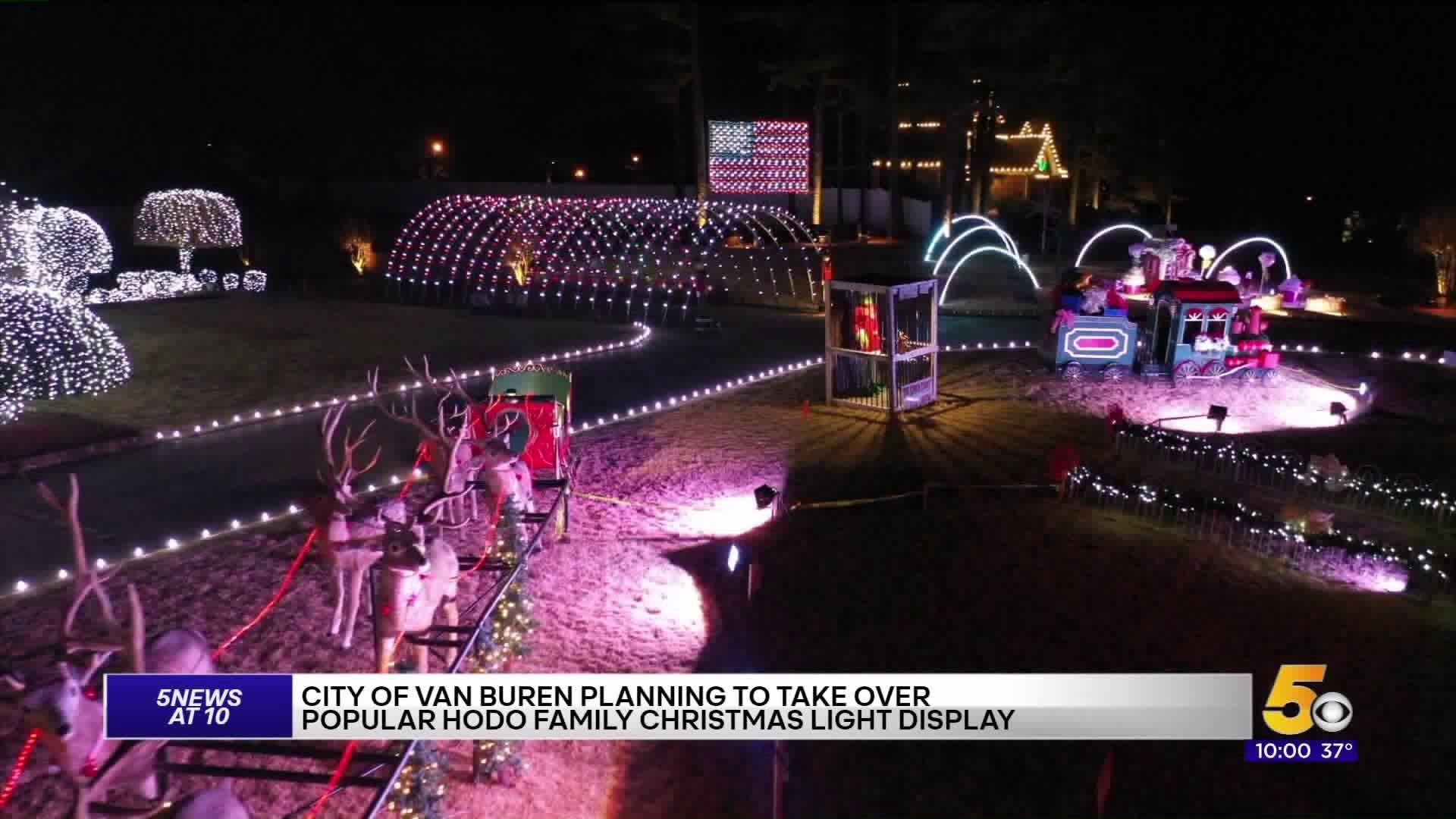 The Hodo House will retire from its Christmas light display but the light show will go on.

Cars filled with people lined up the hill from Fayetteville Road to pay tribute to this special Christmas tradition in its final form.

For over twenty years the Hodos have been celebrating Christmas by displaying over one hundred thousand lights on their home in Van Buren.

This year will be its last at their home.

“It’s just a tribute to, we’ve been coming here for all these years and it’s like seeing it for the last time.” said Calvin Spruell

The Hodo House Facebook tells 5NEWS Christmas day will be the last time to see the lights at the Hodo House.

The City Of Van Buren plans to take over the display.

“I think it’s bittersweet that it’s coming to an end for this area, for him and his home and his family.” Linda Spruell

The Hodos have been displaying the lights for 23 years. When Mrs. Hodo past away in November, this year's lights became dedicated to her.

For those who have visited for years, there are many memories.

“Our oldest was probably five or six when we started bringing him...through the years we’ve just brought one or two here and there,” said Linda.

“They had Santa Claus out here and he would hand out candy to everyone and come up to everyone’s window and that was kinda neat.” said Joni Overly.

The large lineup of cars that showed up proves how important this Christmas display was to the River Valley.