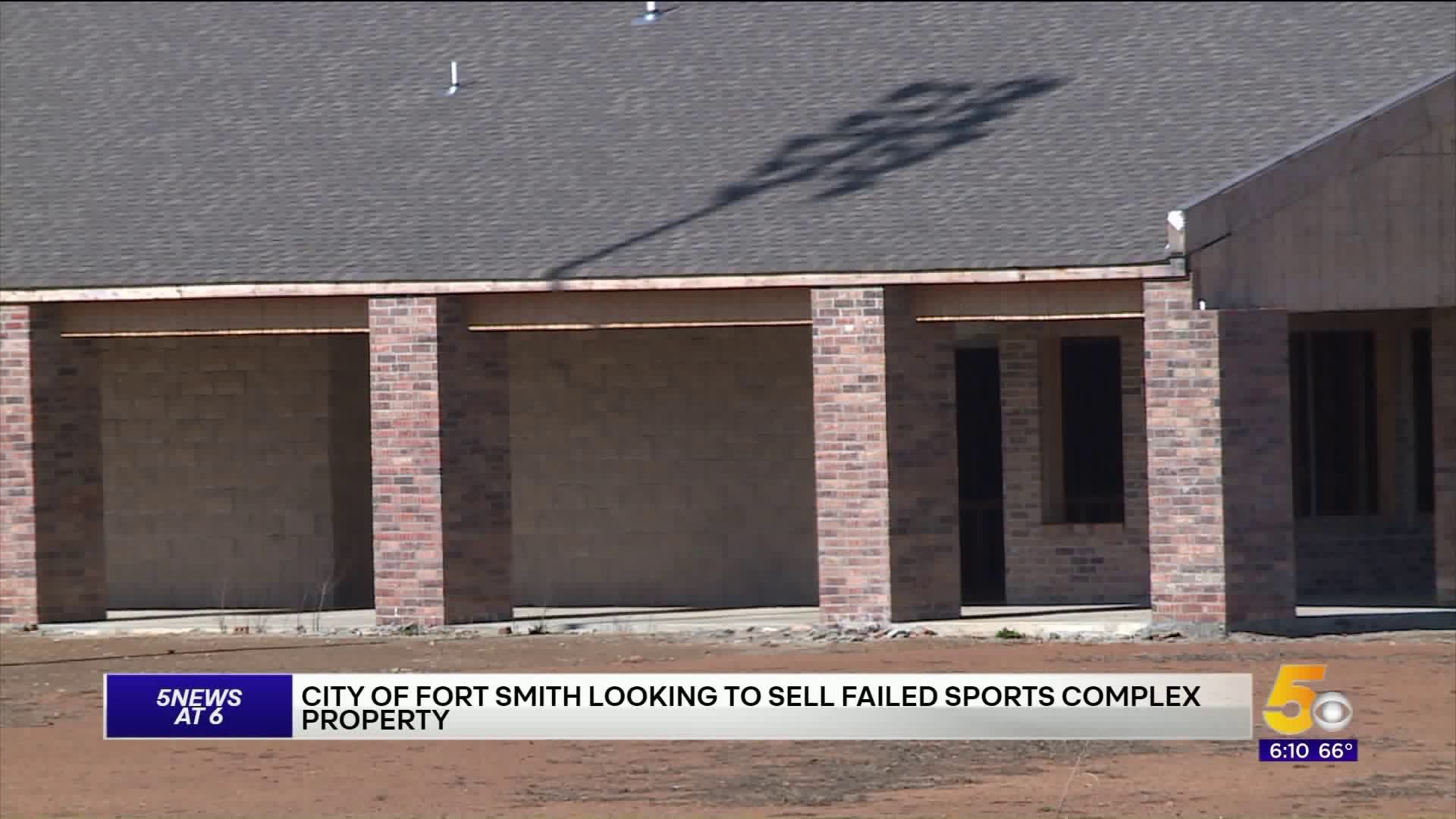 FORT SMITH, Ark. (TB&P) — The City of Fort Smith seeks to sell two parcels of land at Chaffee Crossing where the controversial and unfinished River Valley Sports Complex is located.

The land up for sale includes a 5.26-acre rectangular tract at 7709 Taylor Avenue that runs east-west along Taylor and abuts to larger 62.9 acre plot between Taylor Avenue, Ward Avenue, and Roberts Boulevard, which was to be the River Valley Sport Complex (RVSC), a press release from the city said. The smaller tract of land is used for storage by the city, said City Administrator Carl Geffken.

The total acreage for sale is 68.16 acres, valued at approximately $1 million, according to Ivy Owen, former executive director of the Fort Chaffee Redevelopment Authority.

“When we (planned the River Valley Sports Complex) years ago, we (FCRA) gave that land to the city (of Fort Smith),” Owen said. “At today’s rate, it’s worth about $15,000 an acre. When you get over 50 acres, the price diminishes quite a bit.”

Former Sen. Jake Files, R-Fort Smith, and Fort Smith businessman Lee Webb partnered to build the RVSC in 2012, and in 2014 they convinced the city of Fort Smith to invest $1.6 million into the project. The project was to be a tournament-quality softball complex with eight softball fields, two concession stands and associated parking. It was to “economically benefit the entire region.”