SILOAM SPRINGS, Ark. (KFSM) — Siloam Springs has a rich history that is preserved in the storefronts downtown and the newly renovated museum. “It’s great to alw... 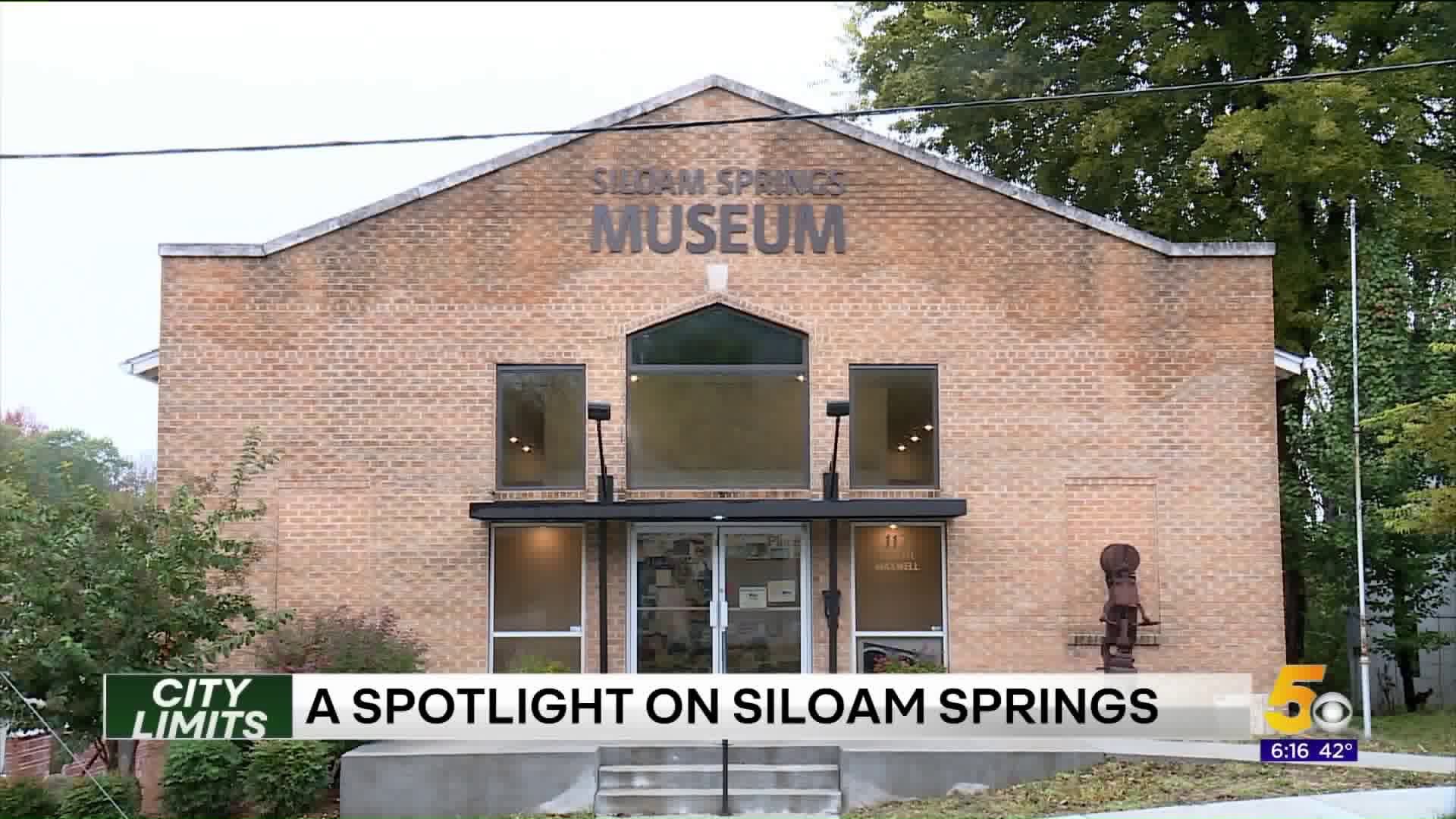 SILOAM SPRINGS, Ark. (KFSM) — Siloam Springs has a rich history that is preserved in the storefronts downtown and the newly renovated museum.

“It’s great to always be forward-thinking and talking about what’s around the corner and what would happen next, but you have to know where you’ve been," said Siloam Springs resident Katie Rennard.

When Suellen Coleman Chase was just a little girl, she says the population was around 3,000, but now it’s grown to more than 16,000.

“It was such fun, and everyone knew everyone, and it was just a very close community, and you couldn’t get in trouble because someone knew your parents," Coleman-Chase said.

People were allegedly drawn to the city because of the medicinal healing properties of the spring.

Businesses like the Allen Canning Company, home to Popeye, got it starts in Siloam Springs.

It was also almost home to another retail giant.

“Sam Walton tied to buy that store, and he and the owner never could agree on a price, and so he went on to Bentonville," historian Don Warden said.

The city has been struck by two major floods.

Thanks to the people, the community survived.

“Everybody loves to work together in Siloam, and community projects are always well attended, and we all support each other’s projects," Coleman-Chase said.

She says it’s the mom and pop stores that keep Siloam Springs thriving and growing.

“It does have that Mayberry feels especially coming from California. You feel like you know everybody. It’s safe, it’s a great community," Lanker said.

The people who call it home say Siloam Springs has got it all.

Siloam Springs is home to John Brown University, which the Wall Street Journal named the highest-ranking university in Arkansas.