SALLISAW, Okla. (KFSM) — A Central Public School teacher in Sallisaw has been arrested for sexual battery. On December 2, the Sequoyah County Sheriff’s Of... 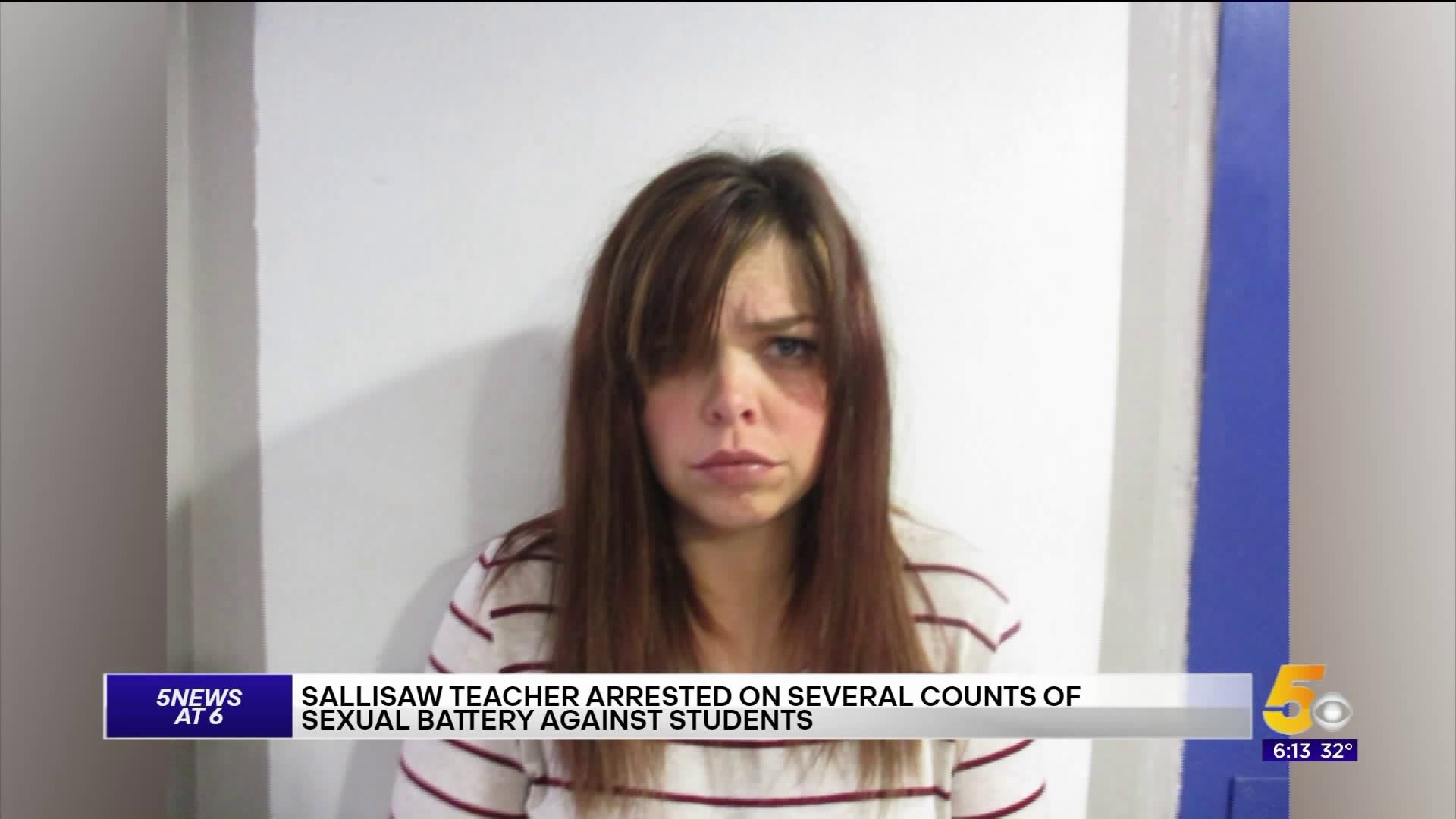 SALLISAW, Okla. (KFSM) — A Central Public School teacher in Sallisaw has been arrested for sexual battery.

On December 2, the Sequoyah County Sheriff's Office was requested to open an investigation into allegations of a teacher from Central Public School having inappropriate relationships with more than one student.

Lane says through the investigation it was found that Foreman had sexual contact on multiple occasions with at least two different students, as well as exchanged explicit photos through text or Snapchat.

Foreman and two students all confirmed the allegations to be true.

Smith placed Forman under arrest and booked her into jail on four counts of sexual battery.

On Central Public School's website, Foreman is listed as a junior high English teacher and a cheer coach.

Foreman's arraignment has been scheduled for Wednesday (Dec. 11).

"One of the Central School District's top priorities is to provide a safe learning environment for its students. Because of this, when the District was made aware of allegations of inappropriate conduct for a teacher, involving one or more students, it immediately contacted law enforcement and placed the teacher on administrative leave. The District cooperated with law enforcement during its investigation of this matter. The District is now reviewing the results of the investigation and will take appropriate steps based on the results of the investigation. Because of confidentiality rights of the student(s) and individual involved, the District cannot comment further."