CAVE SPRINGS, Ark. (KFSM) — A family who nearly lost everything in Monday’s (Oct. 21) storm says if they had waited seconds longer to check the weather, t... 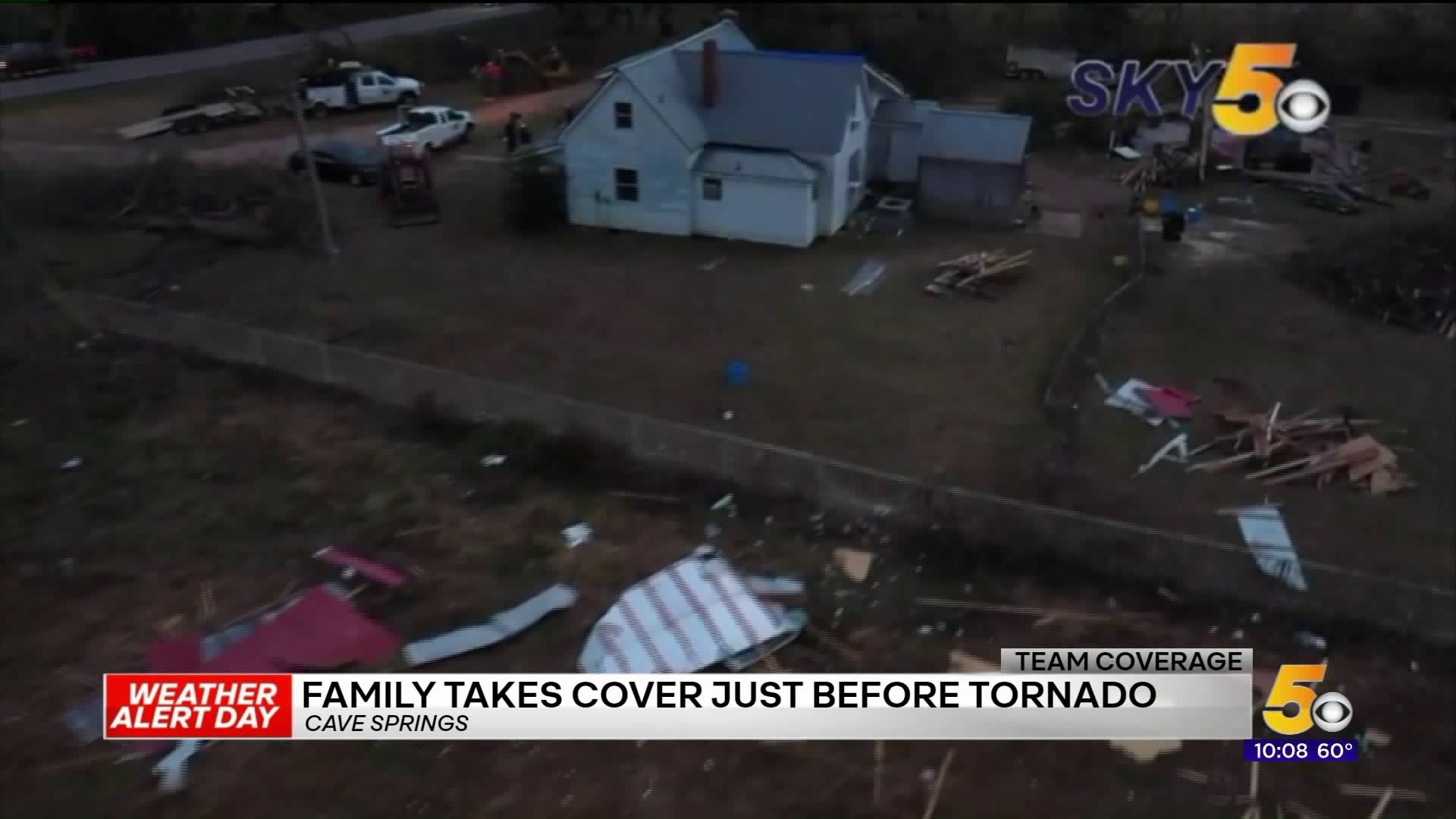 CAVE SPRINGS, Ark. (KFSM) — A family who nearly lost everything in Monday's (Oct. 21) storm says if they had waited seconds longer to check the weather, they might have lost their lives.

Alexus and Morgan Main say they are counting their blessing after their lives flashed before their eyes.

Morgan was working on some leaks on their roof when Alexis just happened to check the live steam on the 5NEWS Facebook page, moments later an EF2 tornado tore through their home.

"We heard Garrett saying in Cave Springs you have to take cover you need to get down," Alexus said.

When the storm hit, wind filled the home, slamming branches and debris around the house and the family laid on the floor hanging on to one another.

"We heard something loud so I got up and when I got up the first window blew out," Alexus said. "The other windows started busting out and the cabinets started shaking and glasses were flying everywhere."

After about five to eight minutes of constant destruction, a chilling silence filled their home.

"I was trying to tiptoe over the glass and usually if it's lightning or something I can see like a silhouette of the shop here and the barn over there," Morgan said.

But when Morgan looked out, he saw nothing.

Both his shop and the barn has been ripped to shreds, their property was left just a shell of what it once was.

The two say coming back to their home in the daylight the next day was devastating.

"I just sat at the front of the house and just stared at everything for probably an hour… and we had... I don’t know 15 or 20 people show up within an hour," Morgan said.

"Every time we come here we just sit here and look, that was almost our life," Alexus said.

It's going to be a long road ahead to rebuild for the Main's, but at the end of the day, they say they are just thankful to have one another.

"I don’t know what we are going to do forward but I guess the only thing you can do is go forward, we’ll start with what we’ve got and build it up I guess," Morgan said.

Friends and family have coordinated a work day on Saturday (Oct. 26) to help the Main's get a head start on what's going to be a lengthy recovery.