FAYETTEVILLE, Ark. (KFSM) — Dickson Street parking has been the talk of the town for a while, but especially now the city has decided to turn the big parking lo... 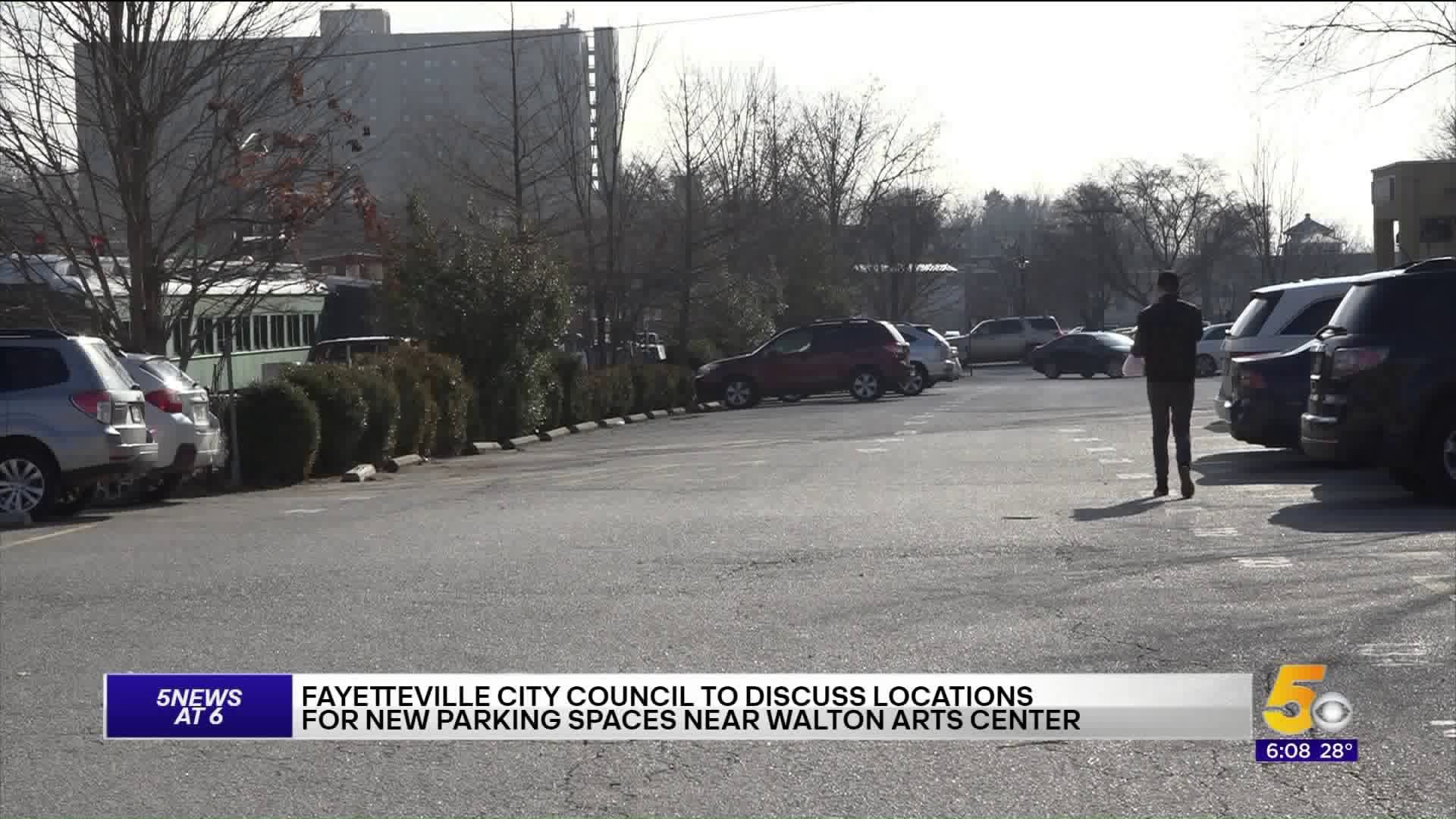 FAYETTEVILLE, Ark. (KFSM) — Dickson Street parking has been the talk of the town for a while, but especially now the city has decided to turn the big parking lot across from the Walton Arts Center into a new park.

The goal of the Cultural Arts Corridor is to improve the landscape of the area, but the project will take over one of the main parking lots on Dickson Street.

The city is now looking for a place to relocate those almost 300 parking spaces and the city’s first choices could have a big impact on a few local businesses.

“If they pick this location, Arsaga’s at the Depot is going to change so much, I don’t know if I’d want to stay here,” Cary Arsaga said.

Cary Arsaga who is the co-owner of Arsaga’s at the Depot, hopes there is a public discussion about all three proposed locations.

He says if the city council chooses the depot lot as the home of the new parking structure, it will be right outside his front door.

“I think it could be a viable business, I just don’t know what," Arsaga said. "I would just have to look at it when there is a parking deck in front. They are also talking about putting a three story liner building up front, so I wouldn’t really even be seen from West Street.”

The two other possibilities for the parking deck were at the city’s east parking lot on School Avenue and the current location of Nadine Baum Studios on Spring Street, but the city really thinks the depot lot is the best option.

City of Fayetteville Environmental Director, Peter Nierengarten says they really like the depot lot because they would be able to build the parking structure for less than the $10 million they have budgeted. He says the sight also has a potential for additional development.

“The final reason is it is the closest to the Walton Arts Center and it’s the most proximate to the center of Dickson Street and we feel like a parking structure in that location would provide the most benefit to the great variety of different businesses and uses that are up and down Dickson Street,” Nierengarten said.

If the resolution is passed at the city council meeting Tuesday (Dec. 17), the Mayor would be able to sign a letter of intent to buy land from two property owners to build the parking structure at the depot lot.