FORT SMITH, Ark. (KFSM) — After serving in Fort Smith and in Rogers for more than 40 years, Baptist pastor Dale Thompson announced he is retiring and gave his l... 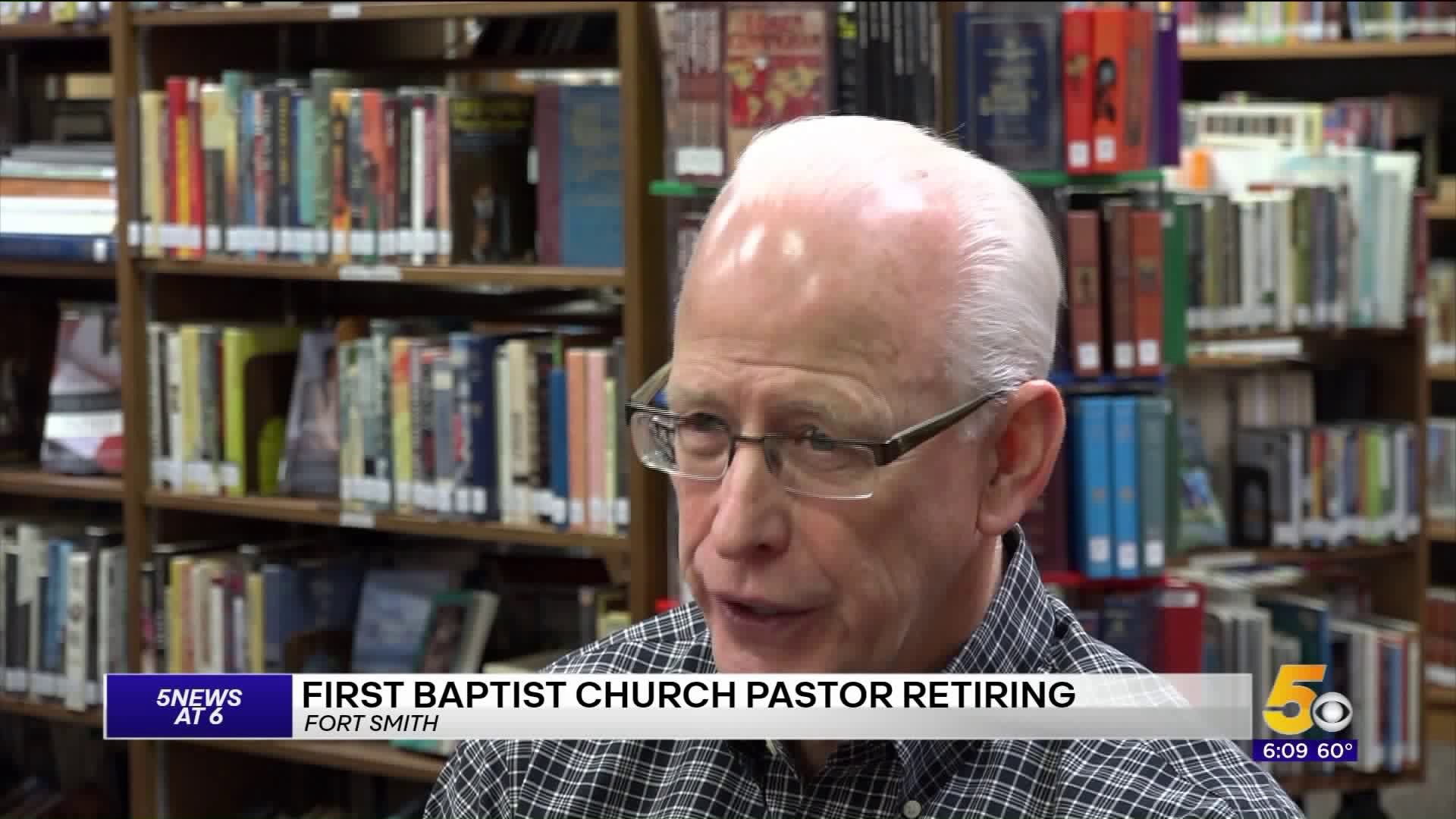 FORT SMITH, Ark. (KFSM) — After serving in Fort Smith and in Rogers for more than 40 years, Baptist pastor Dale Thompson announced he is retiring and gave his last service this past weekend.

“It’s been a real good experience for me. I like people and I like to be around people and work with them and the people of First Baptist Church are great,” Thompson said.

Thompson says he, his wife and two sons moved to Fort Smith in 1992 from Rogers where he was serving as pastor of Emmanuel Baptist Church for 15 years. He says at 70 years old he felt it was time to retire.

For his plans now, he says there is always a church looking for someone to fill a pulpit.

“Or someone to do a interim pastor, where they are looking for a pastor and they need someone to help them. I already have some of that started and I’ll continue to do some things like that and then there may be some other types of doors that will open for me in a little bit of different ministry,” Thompson said.

Brother Dale has also been on TV for almost 28 years every Sunday morning as the host of the live show “Hope from Above.” The show debuted in 1953 making it one of the longest airing live TV shows.

Jacob Ray is the worship pastor at First Baptist and he has grown up with Brother Dale as his pastor and says he’s the same person at the pulpit that he is behind closed doors.

Brother Dale says he hasn’t thought about what it’s going to be like to be in the congregation next Sunday instead of behind the pulpit. He knows this change will not only be hard for him but also the congregation. He says he has lots of wonderful memories.

“Seeing the church do certain types of ministry, whether it’s doing missions, doing community ministries or whether it’s doing evangelist outreach, it’s been good to watch the church function and watch it move forward and mature and to get to work with a lot of really good people,” Thompson said.

The new pastor of First Baptist Church, Pastor Blake Boylston will start his position at the beginning of the year. He is coming from Washington D.C. where he has been serving as an assistant pastor.