BROKEN ARROW, Okla. (KFSM) — A foster mother has been charged with the murder of a 3-year-old child she adopted. According to the Wagoner County Sheriff’s... 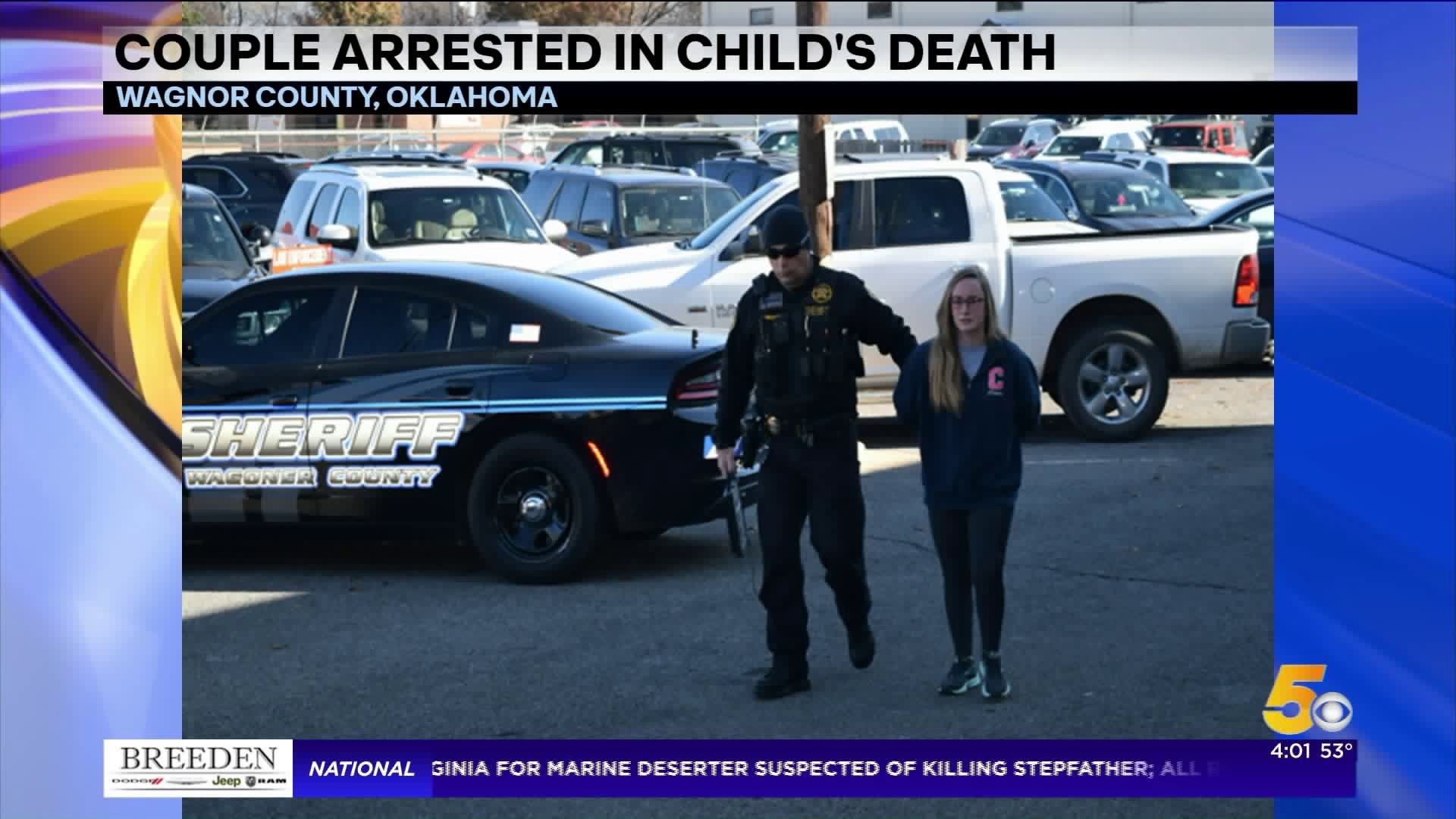 BROKEN ARROW, Okla. (KFSM) — A foster mother has been charged with the murder of a 3-year-old child she adopted.

According to the Wagoner County Sheriff's Office, on Nov. 6 deputies responded to a home in Broken Arrow after a call about an unresponsive toddler.

Upon arrival, paramedics and deputies found 3-year-old Faith Seaman unresponsive and without a pulse.

Faith was rushed to St. Francis Children's Hospital where she was pronounced dead.

Deputies say at first, the cause of death was a mystery and there were no obvious signs of why the healthy toddler had died.

After an autopsy, it was discovered that Faith had severe injuries that were consistent with child abuse. The Oklahoma Medical Examiner's Office found that the injuries were sustained just prior to her death.

Investigators interviewed 25-year-old Kelsey Seaman and found out that she and her husband Glen Seaman had fostered at least five children for several months.

The pair had been taking care of Faith since April of 2018 and adopted her in December of 2018.

After an investigation, it was discovered that Faith died from the results of injuries sustained during abuse that happened on Nov. 5.

“This is such a sad case for everyone involved," said Wagoner County Sheriff Chris Elliot. "These are the types of heart-breaking cases that haunt even the toughest of law enforcement officers.  One of the most tragic aspects of this case is that this precious three-year-old was adopted out of a bad situation into the possibility of a brighter future. Instead, her life was cut short in a senseless act of violence.  Our focus now is to keep Faith in our thoughts as we pursue justice on her behalf.”

At the time of the incident, there were two other children in the Seaman home under the age of two, according to deputies. DHS has since taken custody of the children.

The Oklahoma Medical Examiner’s Office is gathering additional information and will release the findings at a later time.