BENTONVILLE, Ark. (KFSM) — A massive fire at an industrial plant in Bentonville sent thick clouds of smoke through Benton County and left many parents worried a... 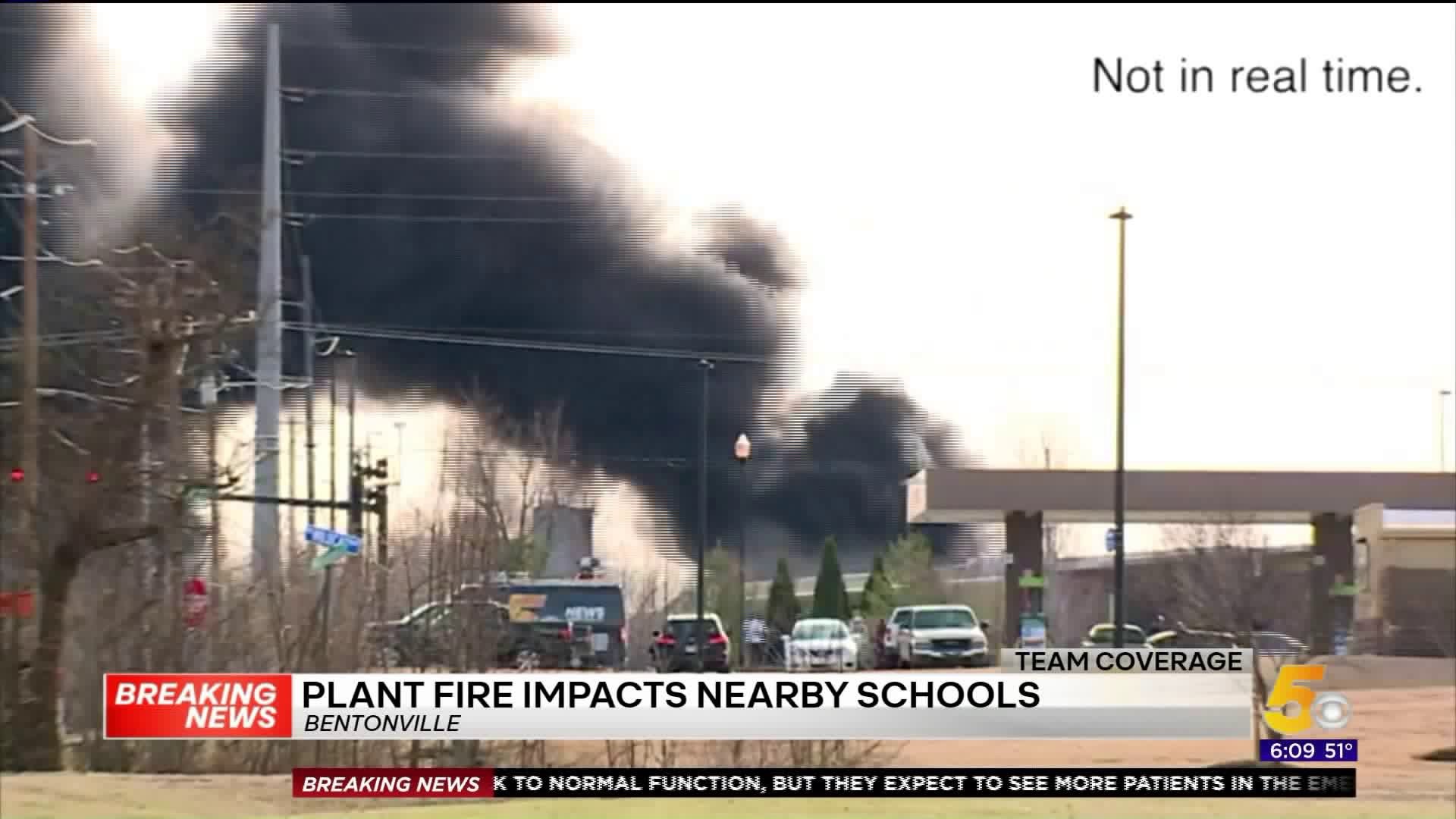 BENTONVILLE, Ark. (KFSM) — A massive fire at an industrial plant in Bentonville sent thick clouds of smoke through Benton County and left many parents worried about their children's safety.

The fire caused several Bentonville schools to lose electricity forcing the kids to sit in the dark for about an hour Wednesday (Dec. 4) afternoon.

Apple Glen Elementary along with three others lost power but students remained at school until the last bell rang.

“I was actually shopping at Walmart when this all went down, so I was headed home and I a kind of roundabout way to get home and I saw the smoke and how close it was to the school,” said parents Danielle Keller.

Keller was just one of the many parents who showed up to Apple Glen Elementary to pick their kids up early.

“I didn’t know if he’d be scared riding the bus home, so I just thought I would take the extra precaution and pick him up,” Keller said.

Keller says she knows her son would’ve been safe at school.

Washington Junior High, Old High Middle School and R.E. Baker Elementary were the other three schools that lost power. The district sent out a message to parents telling them the children were safe and school was not letting out early.

“I wasn’t worried about the children because I knew they’d be well taken care of,” said parent Christina Stanley.

She says she wasn’t worried either.

“They called, they left a message, they sent an email. I have a daughter at Washington, so I guess the power is out there too, but the fact that they were on top of it so fast, I wasn’t worried that they weren’t handling the situation,” Stanley said.