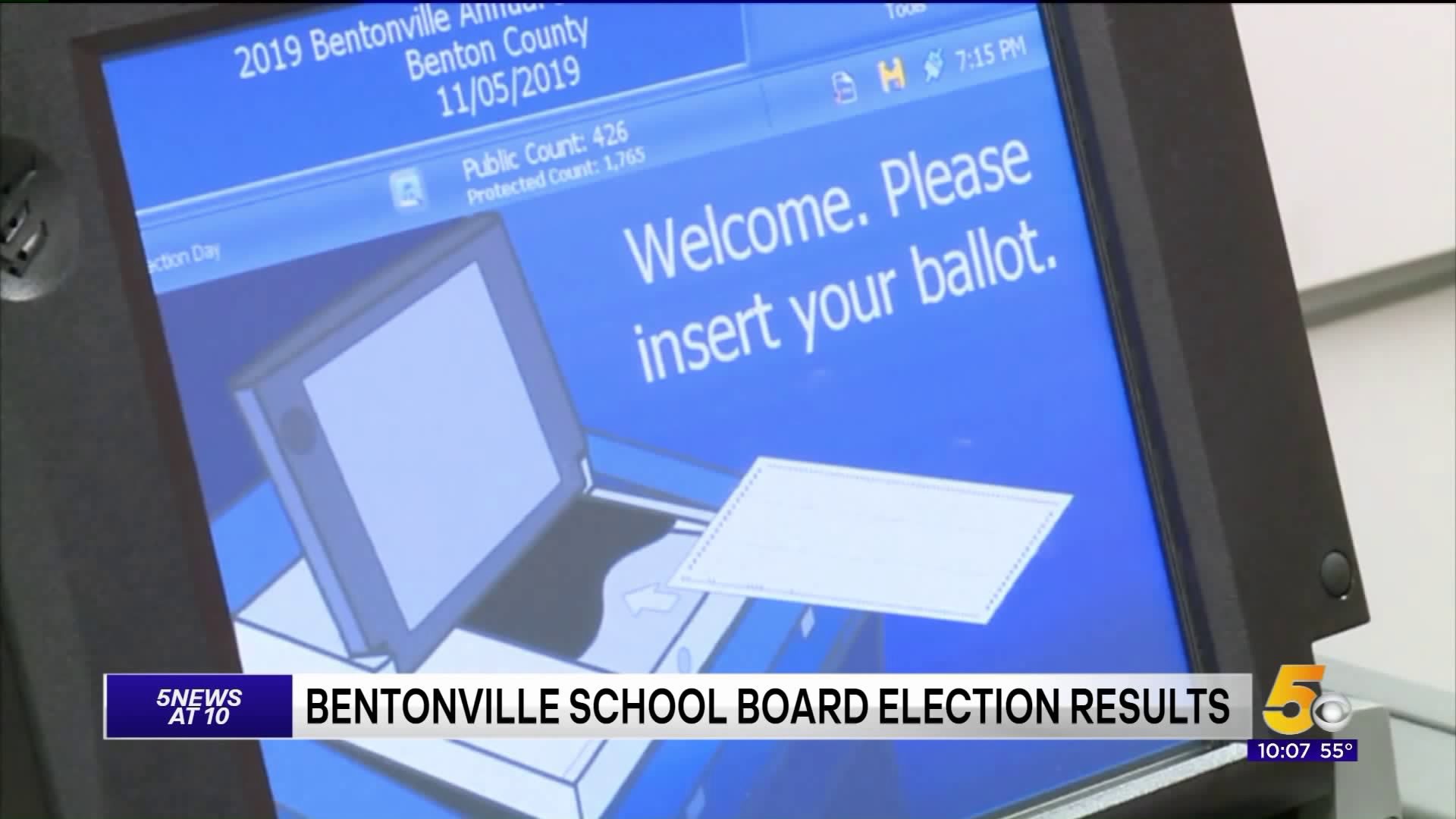 BENTONVILLE, Ark. (KFSM) -- Voters in the Bentonville Public Schools area took to the polls to make their voices heard on Tuesday, November 5th.

Willie Cowgur, a current member of the Bentonville School Board, has been re-elected to represent Zone Four.

"Citizens in Bentonville have always done a great job of supporting me over the last eight years running for school board a few different times and this year wasn’t any different," Cowgur said.

Cowgur ran against Amanda Deegan Winters, who is currently Director of Global Public Policy within Corporate Affairs at Walmart.

"It’s been a great adventure and it’s been wonderful," Deegan Winters said. "I think my opponent and I ran positive races. We have not said anything negative about each other and I think that’s also been wonderful."

Th millage proposed a school tax levy of 48.5 mills, the same amount that is being collected now.