BENTONVILLE, Ark. (KFSM) — A Bentonville man pleaded guilty after injuring his wife’s Yorkie by smashing the animal’s head against a brick wall and kickin... 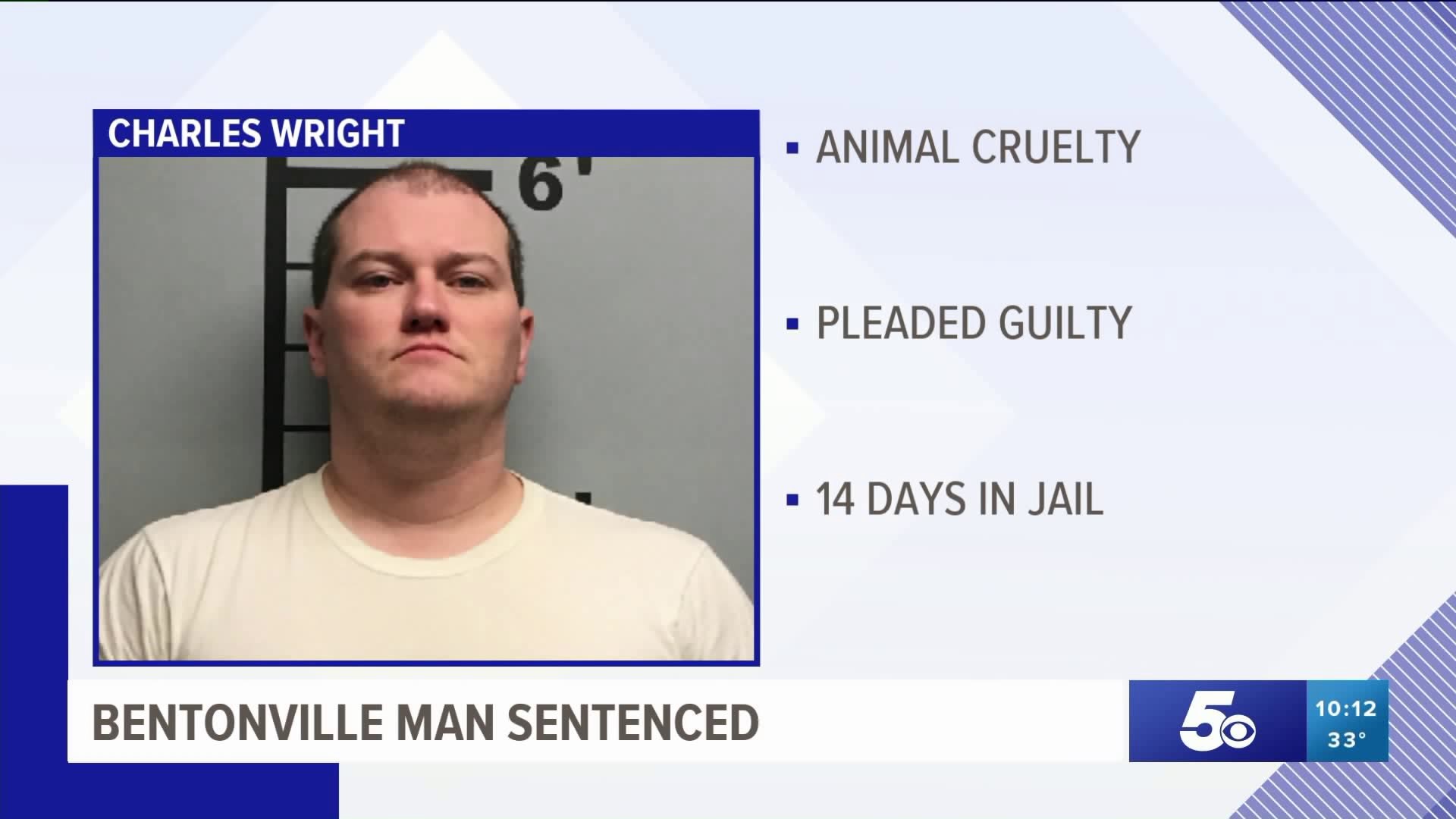 BENTONVILLE, Ark. (KFSM) -- A Bentonville man pleaded guilty after injuring his wife’s Yorkie by smashing the animal’s head against a brick wall and kicking it several times in the ribs.

According to court documents, Wright is ordered to complete one year Suspended Imposition of Sentence, and is to complete 14 days in the Benton County Jail and has credit for one day served. He is also to continue mental health treatment at the direction of his therapist and follow all treatment recommendations.

According to a probable cause affidavit, Wright’s wife came home July 23 to find Momo, her 6-year-old Yorkie, "barely responsive" with "bruising around his eye and an abrasion to the back of his head."

Veterinarians at Sugar Creek Animal Hospital in Bentonville found Momo had a “large fracture to the back of (his) skull slightly above the spine” and broken ribs that were healing.

The vets added the injury “would have caused substantial pain to Momo that would have lasted until treated,” according to the affidavit.

According to the latest update from Sugar Creek Animal Hospital, Momo was recovering well and still had all his mental faculties intact.

Wright provided no reason to his wife about why he smashed Momo’s head, and he declined to make a statement to Bentonville police, the affidavit states.

A child at the residence said Wright took Momo from his kennel the day of the injury and took him outside.  The child stayed inside, and a while later heard Momo yelp. A short time later, Wright returned with the dog and put him in the kennel, according to the affidavit.

The affidavit states Wright apologized to his wife saying, "I'm sorry, I didn't mean to."