BENTONVILLE, Ark. (KFSM) — A Bentonville homeowner has been attracting big crowds to his home for the past five years with a spectacular Christmas lights displa... 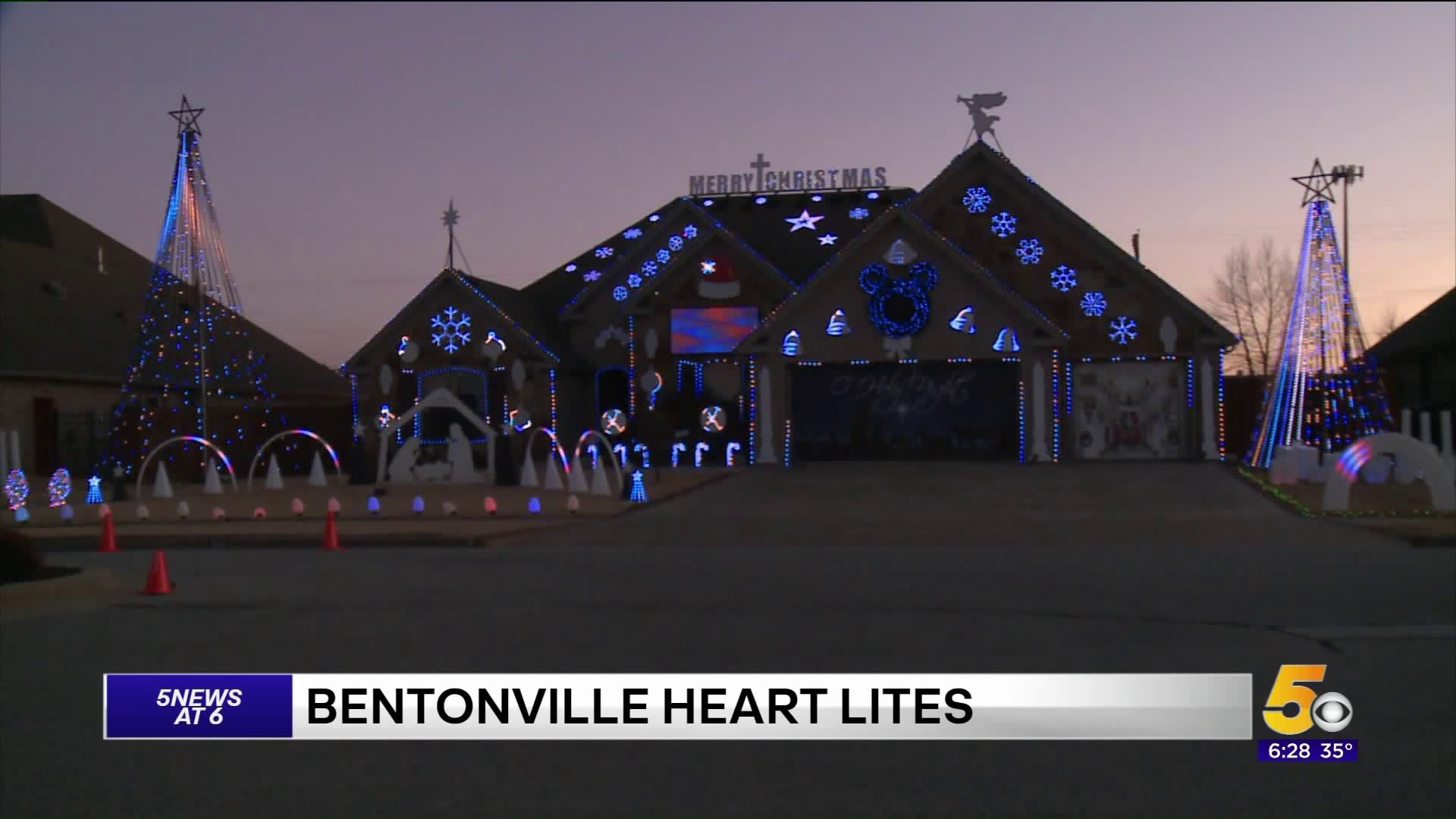 BENTONVILLE, Ark. (KFSM) — A Bentonville homeowner has been attracting big crowds to his home for the past five years with a spectacular Christmas lights display.

The home at 3505  NW Edgewood Avenue in Bentonville is considered one of the city’s largest Christmas light displays with more than 100,000 lights dancing to music.

This is the first time in the display’s history that homeowner, Mark Valentine, is asking for donations.

“It still is a free display but we put out a donation box about three years ago and this year being our fifth anniversary we thought let’s actually ask for donations and see how much money we can raise and have greater outreach," Valentine said.

They are hoping to raise $5,000 for multiple sclerosis research.

MS is a disease of the central nervous system that disrupts the flow of information between the brain and body.

The money will go to the local nonprofit Rampy MS Research Foundation.

"I think it’s awesome. I’m blown away every year when our team members come up with these creative ways to raise money. This one has definitely never been done before and I think it’s just awesome," said Scott Rampy with Rampy Foundation MS Research Foundation.

The Valentine family starts setting up the display in September.

You can check it out until December 31st.