BENTONVILLE, Ark. (KFSM) — A young local inventor made an appearance on Shark Tank to present her invention to some of America’s top business leaders. 14-... 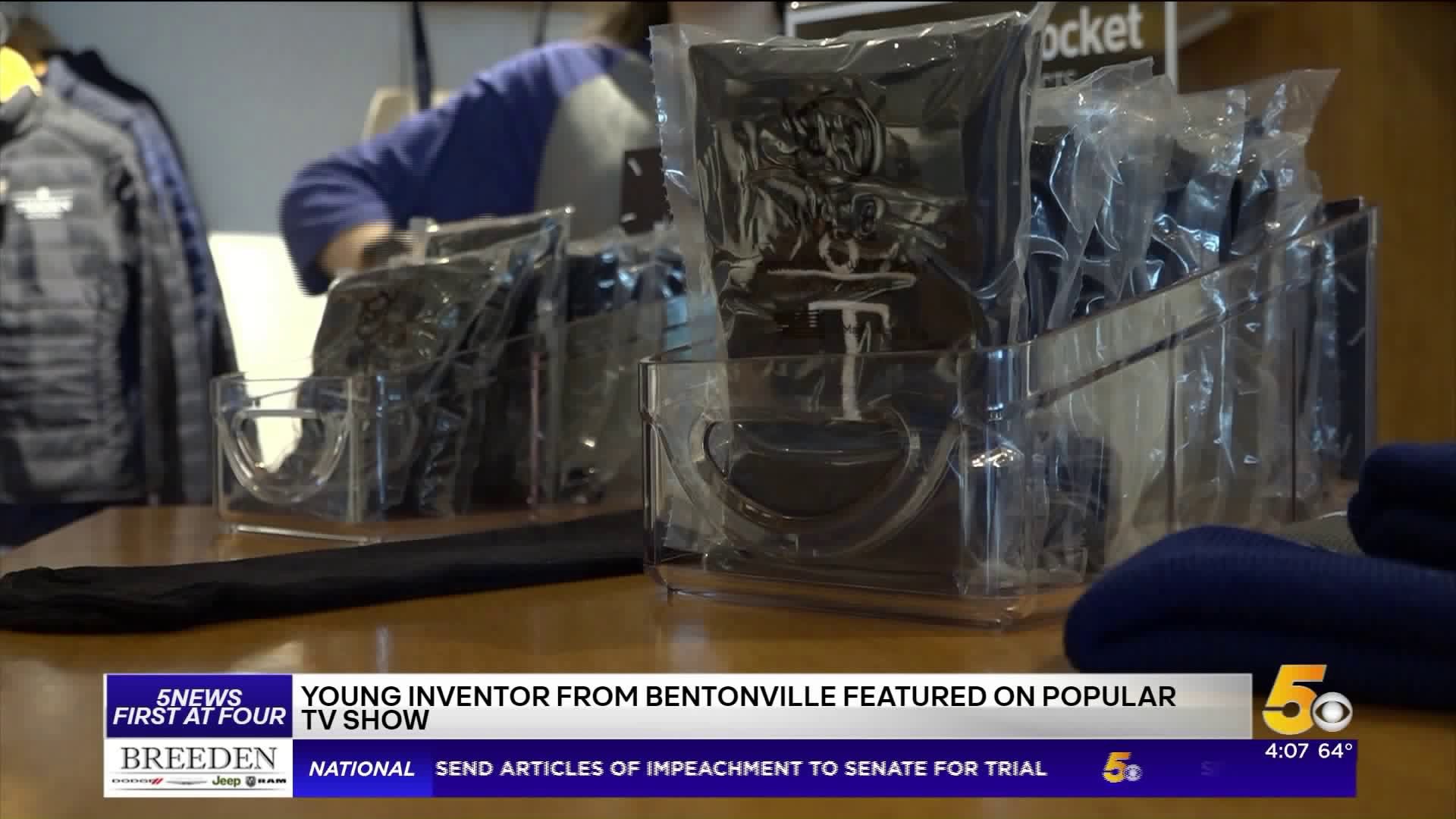 BENTONVILLE, Ark. (KFSM) — A young local inventor made an appearance on Shark Tank to present her invention to some of America's top business leaders.

“When I was eleven years old I had just gotten my first phone and I didn’t know where to put it, so my cousin told me to put it in my boot like her and I was like 'why would I do that it's super uncomfortable' and she was like 'well we don’t have pockets big enough for our phones',” Overton said.

Overton soon realized that kids typically don't have big pockets, so she wanted to create a convenient and easy way for them to keep up with their phones while still being active. She did this by creating a sock with a special pocket.

Recently, the special sock and Overton's company, Wise Pocket Products, scored her a spot on Shark Tank. She says she's been watching the show since she was 6-years-old and made it her life goal to appear on it.

Overton struck a deal worth $35,000 for Wise Pocket Products.

“It was amazing and I was so nervous and having the time of my life because it was everything I dreamed of,” Overton said.

Not only are her products used for their purpose, but they're also being used as a way to give back to charity.

She says when she was younger she remembers seeing a lot of people in need and wanted to find a way to help them.

“Socks are the number one most requested item after food and shelter and with a sock company it just fits id be able to give away socks,” Overton said.

Wise Pocket Products has donated to several nonprofits in the area, including NWA Children's Shelter and Bentonville Bright Futures.

Overton's parents say they are proud of their daughter's business, but even more appreciative of her caring heart for others.

She says for now, she plans to expand her company, enabling her to help those in need worldwide.

She has sent socks all across the nation and even to the U.K.