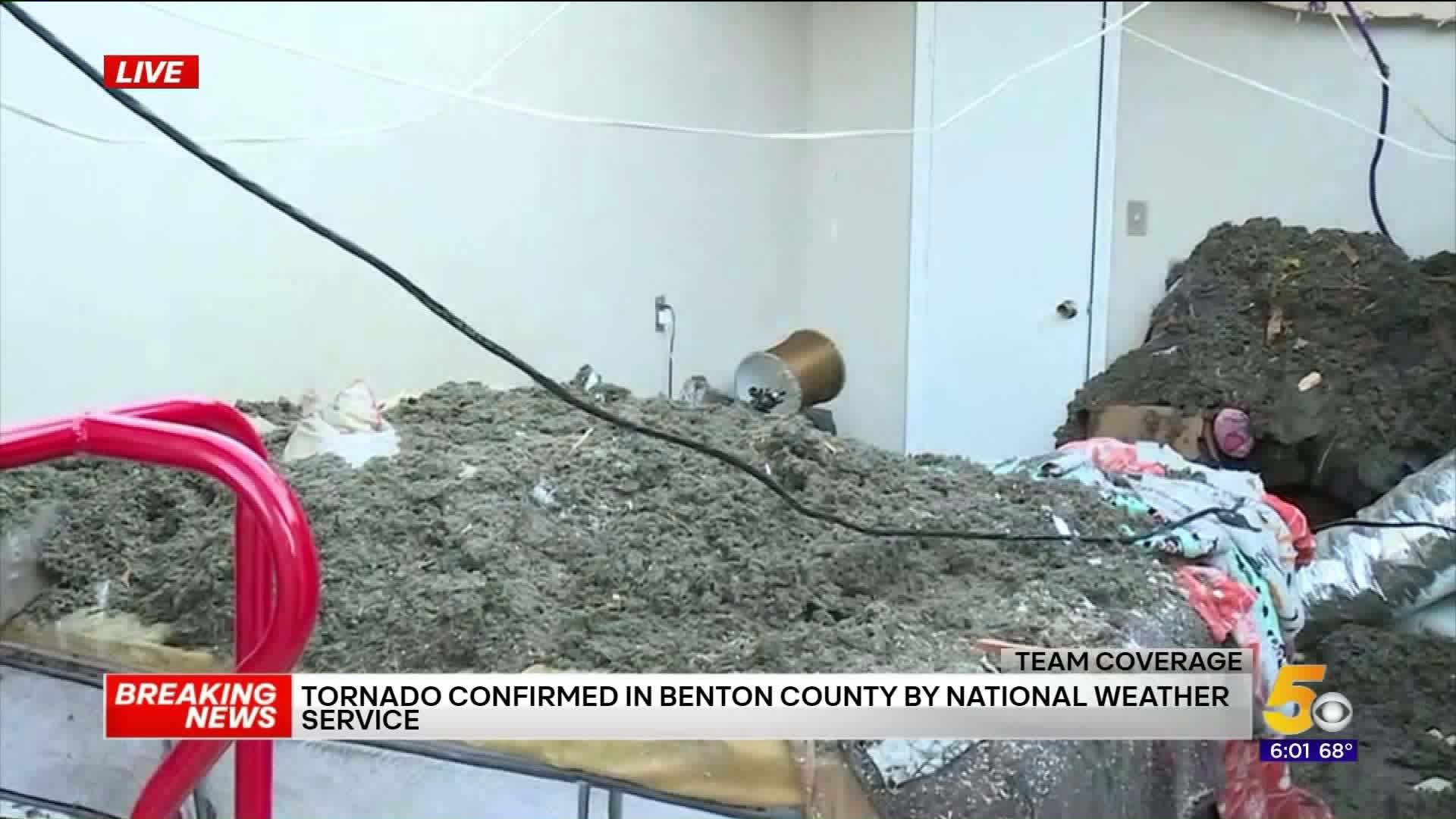 "Given the property damage I've seen from touring the impacted acres, I believe a declaration is appropriate," Moehring said.

"If the monetary damages of the storm are significant enough, then we'll be able to receive additional assistance for repairs."

The declaration allows Benton County and affected cities to request assistance from the Arkansas Department of Emergency Management (ADEM) for un-insured public sector damages attributed to the storm and repair structures to pre-disaster conditions.

American Red Cross of Arkansas has set up a shelter at Holy Trinity Lutheran Church in Rogers for those impacted by the storms.

No damage estimates were immediately available as of Monday afternoon.

The National Weather Service has confirmed that the high-speed winds were attributed to at least one tornado and straight-line winds contributed to damage in Rogers, Siloam Springs, Cave Springs, Highfill and Prairie Creek.

Private property was affected, along with power lines and other structures, according to Channing Barker, county spokeswoman.

Nearly 80 roads were closed in the county and a dozen more shuttered in the cities, Moehring said.

"I want to particular call-out the incredible work of fire and law enforcement agencies throughout Benton County who worked diligently to save and protect our citizens, and we mourn the death attributed to the event," Mohering said.

"(The city) will have a major issue cleaning up and disposing of debris," Hines said.