BENTON COUNTY (KFSM) — Blue tarps are still patching holes on some Northwest Arkansas rooftops after a tornado swept through the area in October. With more stor... 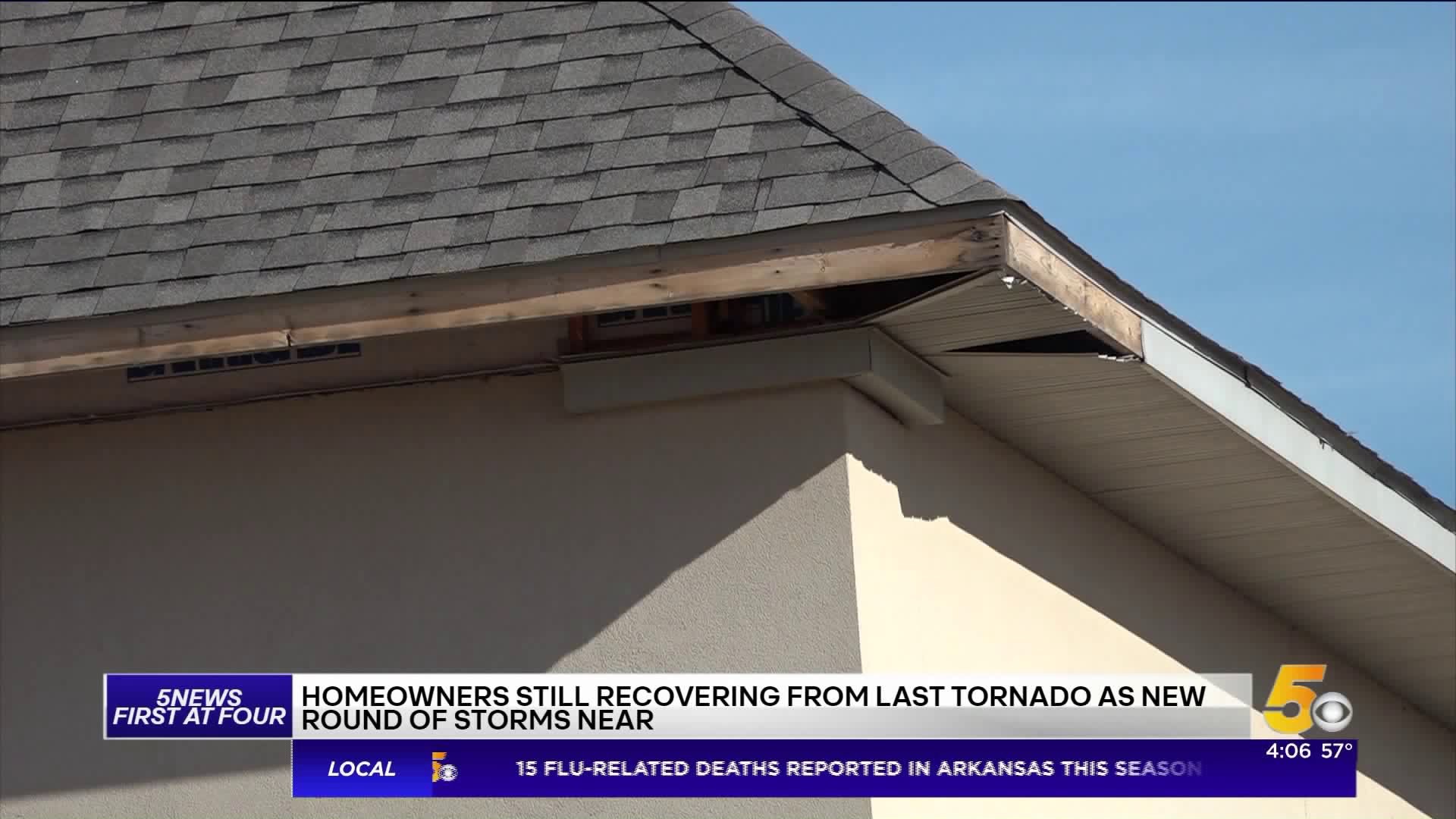 BENTON COUNTY (KFSM) — Blue tarps are still patching holes on some Northwest Arkansas rooftops after a tornado swept through the area in October.

With more storms in the forecast, many are scrambling to keep their homes leak-proof.

“Just in this area, almost every home in this neighborhood needs some kind of work,” said contractor Landon French.

French says since the severe storms, he's worked seven days a week and is booked up for the next three months to work on homes damaged by tornadoes.

Rogers resident Jennifer Snider says she will never forget what she saw after the tornadoes hit.

“There was furniture laying in everyone's yard, furniture in my yard from the people down the street, it was just a mess between people trying to clean up and street crews trying to come through and see what they could do and then trash sitting everywhere. It wasn’t fun,” Snider said.

Snider says thankfully her damaged roof was finally fixed on Christmas Eve, but she's worried about her neighbors whose roofs aren't fixed. Especially with strong storms in the forecast ahead.

“Knowing when our roof wasn’t tarped and water came in and our storage room ceiling fell in…I'm worried for them, it's sad,” Snider said.

The City of Rogers says if you're still waiting for your roof to be fixed, the best thing to do with the upcoming storms is to make sure your roof is properly tarped.

Crews say it could take up to three months before all of the damage is fixed from the storm.