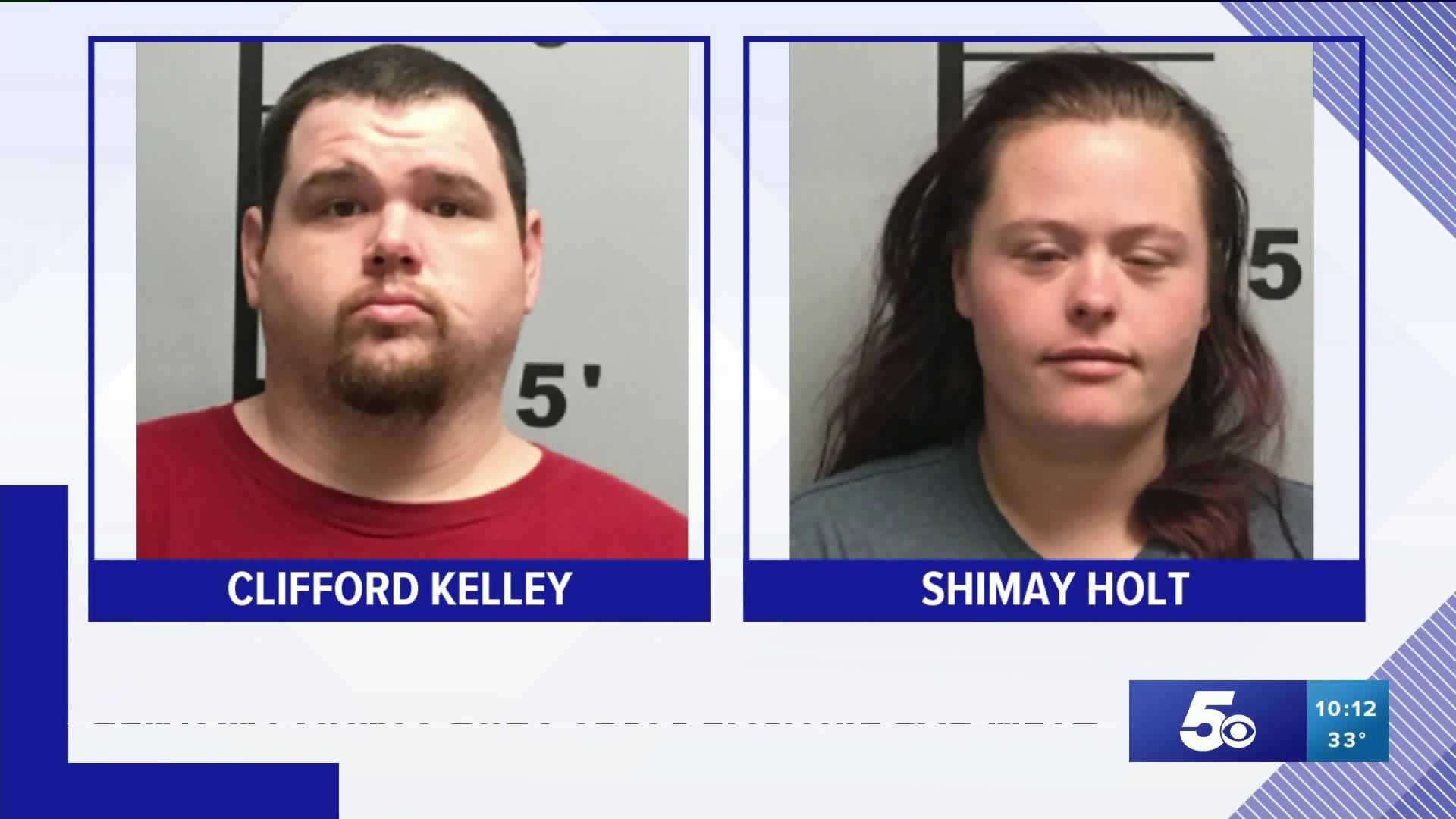 Shimay Holt, 29, and Clifford Kelley, 32, both of Gentry, were arrested Tuesday (Jan. 28) on one count each for Introduction of a Controlled Substance Into Another's Body and First-Degree Endangering the Welfare of a Minor, both felonies.

According to a police report, the baby was first taken to a medical clinic in Siloam Springs by his grandmother after becoming cranky, crying and scratching his nose repeatedly.

The doctors at the clinic administered medications to the baby in hopes that it was just an allergic reaction, but when the medicine was not working, doctors advised her to take the baby to the emergency room, the report states.

The baby was then taken by his grandmother to the E.R. in Siloam Springs where he tested positive for meth.

According to the probably cause report, Holt and her children were living with Kelley in his Gentry home. Holt had reportedly gone to work and left the baby in Kelley's care the day the meth was allegedly ingested.

Holt and Kelley were interviewed separately by police about how the meth could have gotten into the baby's system.

According to the report, due to inconsistencies in their stories and no one taking responsibility for what happened to the baby, the two were taken into custody and DHS was called.

The report states that Holt was arrested due to her knowingly leaving the baby in an environment where his safety would be at risk. Kelley was reportedly arrested due to him being in charge of the safety of the baby.

Holt and Kelley are both being held at the Benton County Jail on $30,000 bond respectively. They are due in court on March 9.