Bella Vista Man Arrested After Shooting Dog In the Groin With Pellet Gun, Leading To Its Death

BELLA VISTA, Ark. (KFSM) — A 64-year-old Bella Vista man has been arrested in connection with animal cruelty after allegedly shooting his neighbor’s dog i... 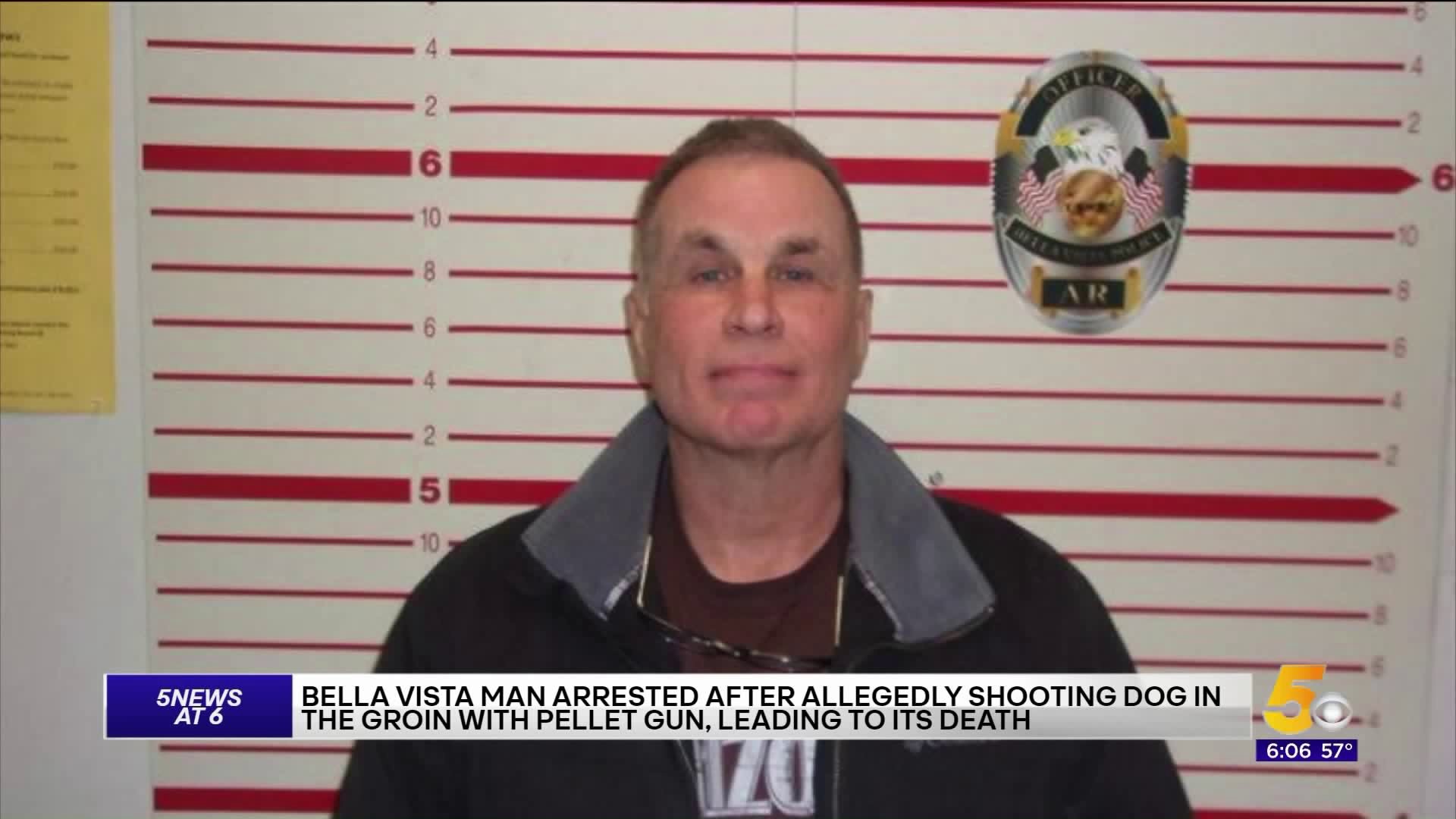 BELLA VISTA, Ark. (KFSM) — A 64-year-old Bella Vista man has been arrested in connection with animal cruelty after allegedly shooting his neighbor's dog in the groin with a  pellet gun, leading to its death.

Investigators say neither the police officer who responded or the animal control officer found evidence of the barking Mettermeir was calling about.

Police say Mark Mittermeier was arrested Friday, Nov. 15, and was charged with aggravated animal cruelty and criminal mischief in the first degree.

Back in August, Bella Vista Officers and Bella Vista Animal Control received a report of a pet dog named Copper, who was shot in the groin. Later, officers were told Copper had become septic and died.

A veterinarian clinic removed a pellet from Copper and brought the pellet to the Bella Vista Police Department.

It was then determined the pellet caused the injuries, which resulted in the death of the dog.

Police say as the investigation continued and interviews were conducted, a search warrant was issued for Mittermeier's home on Leyburn Lane.

Multiple pellet guns and pellets were seized from Mittermeier's home. He told police he was a professional pellet gun shooter and does competition shooting.

Police sent the seized property to the Arkansas State Crime Laboratory, along with the pellet removed from Copper.

Forensic analysis of the pellet rifles found that a pellet fired from one of Mettermeier's guns matched the pellet removed from Copper.

“A circumstance that shouldn’t have happened, regardless if the dog was barking or not. He could’ve easily recorded the dog barking to show us if we aren’t able to see it instead of taking matters into his own hands," Stival said.

A warrant was then issued for Mittermeier's arrest.

On Friday (Nov. 15), officers served the warrant at his home. He was taken to the Benton County Jail and released the following day on bond.