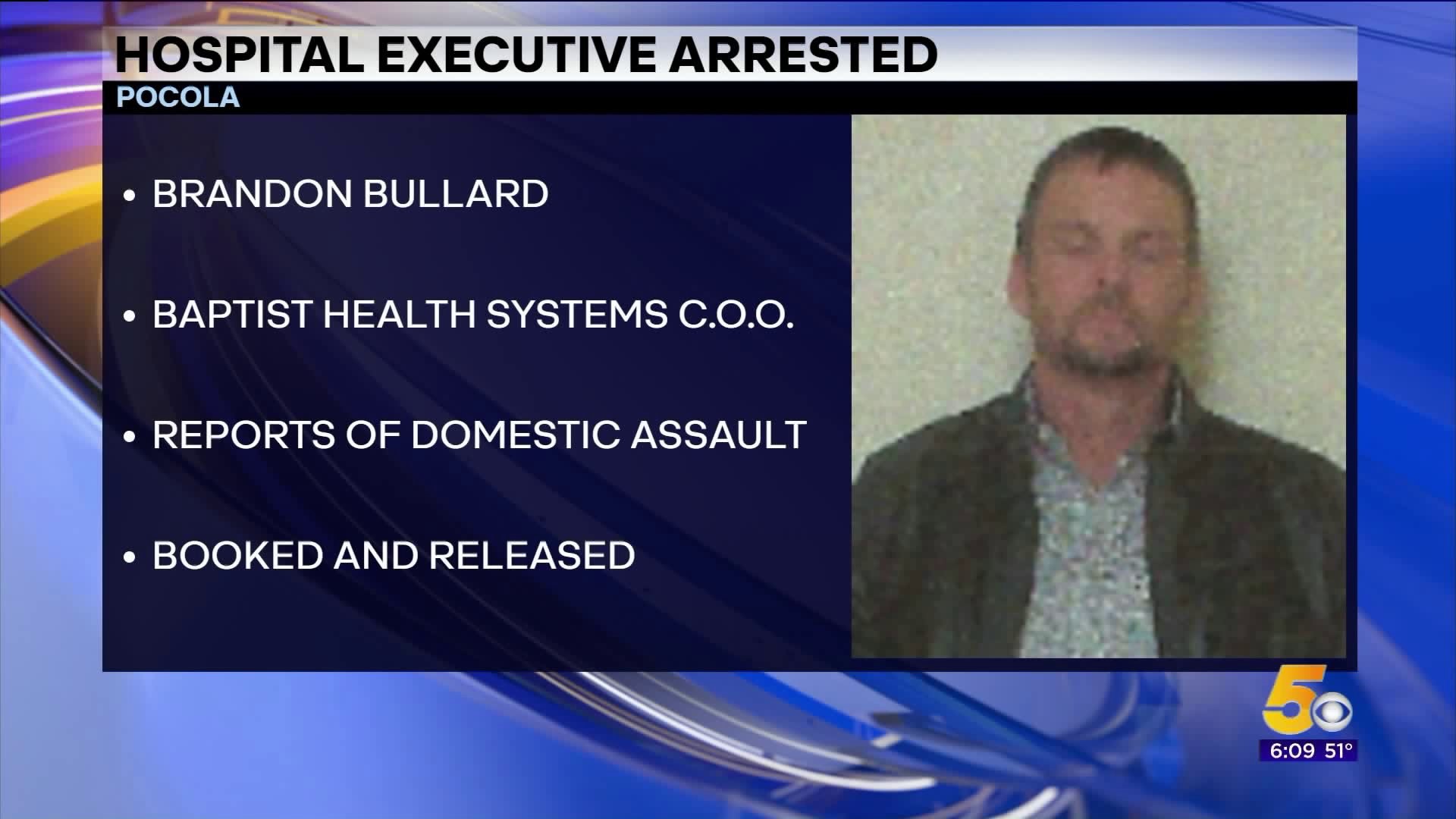 The arrest occurred on Saturday, Jan. 4, at Bullard's home around 2:30 a.m. after a call was made for a disturbance.

According to the police report, Bullard and his wife went to a casino where Bullard drank several beers. His wife said they got into an argument while at the casino and left to return home.

Bullard's wife told police he was intoxicated, enraged and physically hurt her, according to the report.

His wife told police that Bullard "shoved her backward" and she collided with the door opening. She also told police he has physically injured her in the past, but she "couldn't take it anymore."

The police report states that Bullard screamed at his wife to "stay away from him." Bullard told police he grabbed her by her arms to simply "move her out of the way."

According to the report, his wife said that due to her husband's C.O.O. status at Baptist Health, she did not think anyone would believe her if she reported him.

Bullard was arrested and sent to the Pocola Police Department where he was booked and has since been released.

Baptist Health Director of System Communications Cara Wade said they do not comment on personnel matters.