AUSTIN, Texas — Turning 100 years old is a milestone, which is why an Austin family is asking the community to send birthday cards to Evelyn Tucker. She’s... 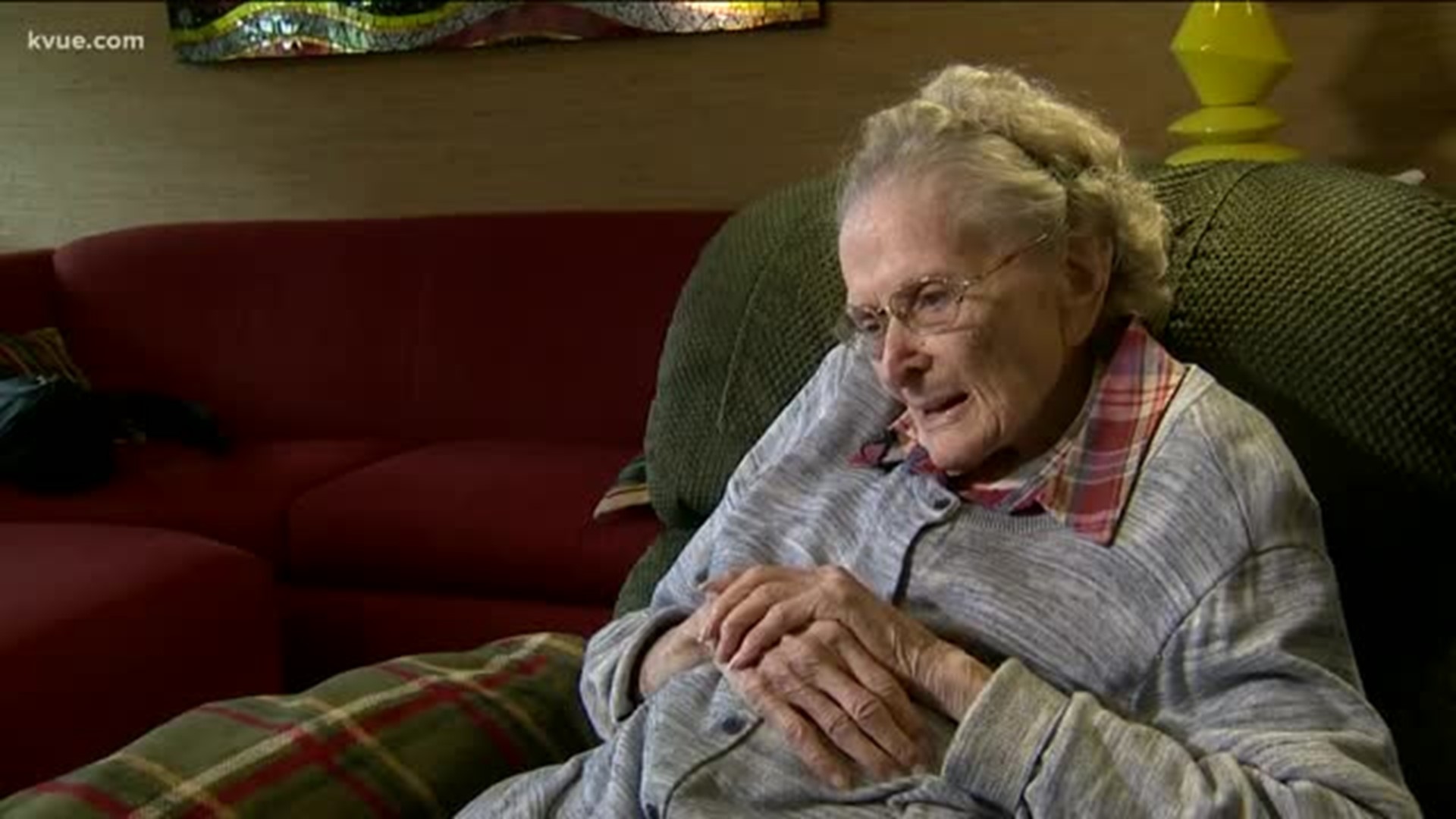 AUSTIN, Texas — Turning 100 years old is a milestone, which is why an Austin family is asking the community to send birthday cards to Evelyn Tucker.

She's a World War II veteran who served in the Army as a nurse.

"And I'm pushing whatever," joked the young lady about to turn 100.

You can't help but chuckle when speaking with Tucker. When asked how she felt about turning the century mark, she couldn't reply with a serious remark.

"As long as I can get around – I told Mary if I fell, she can knock me in the head," Tucker said jokingly.

Mary is Mary Spence, her middle child and caretaker. Spence has no intentions of knocking her on the head.

"She's been a spicy lady all her life," said Spence.

It turns out this spicy lady served our country in World War II. Second Lt. Willie Evelyn Tucker was commissioned as a nurse in 1944. She traveled to the front line in France by way of the Queen Mary.

Tucker showed KVUE the uniform she wore serving in the 168th General Hospital, which was actually a tent set in the middle of a field in France.

"Tent city, that's what we called it. It rained quite a bit ... We couldn't get out and do things ... We sat in tents and done [sic] what we could," Tucker explained.

At times that included a certain beverage.

She also had some red wine. She didn't like whisky.

There are also plenty of mementos from that time in the home the soon-to-be-100-year-old shares with her daughter in North Austin.

Now, Spence and the rest of the family are asking for new mementos – birthday cards for Tucker, which the centenarian would like very much.

"I'd feel wonderful," said Tucker about getting more birthday cards.

The address to send her birthday cards is: