PARIS, Ark. (KFSM) — An Arkansas postal worker previously indicted on three counts of Theft of Mail has been arrested on federal charges. According to a press r... 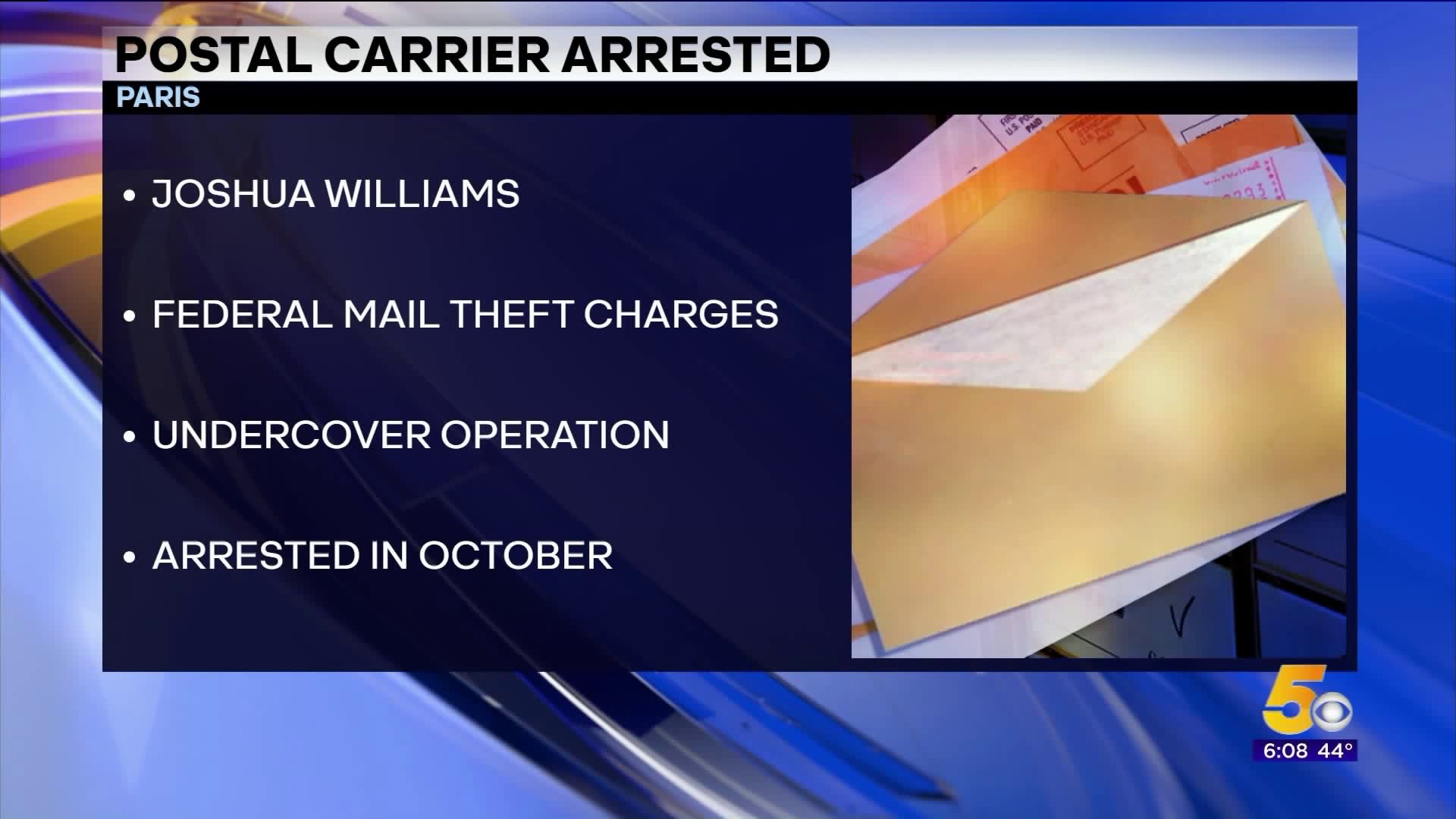 PARIS, Ark. (KFSM) — An Arkansas postal worker previously indicted on three counts of Theft of Mail has been arrested on federal charges.

According to a press release, Joshua Williams was indicted on accusations of mail theft last month after an investigation in October.

According to the indictment, several U.S. Postal Service customers complained about their greeting cards being stolen on Williams' route.

Williams was arrested for mail theft on Oct. 30 after an undercover operation.

United States Attorney for the Western District of Arkansas Duane Kees stated, “I applaud the hard work of the U.S. Postal Inspection Service and their efforts to combat and prevent those in our society that would take advantage of this holiday season in order to prey upon the innocent.”

“With the upcoming holidays, the U.S. Postal Inspection Service is committed to protecting our employees, customers, and the nation’s mail system from criminal attacks.  We work to ensure America’s confidence in the U.S. Mail by enforcing over 200 federal laws in investigations of crimes that may adversely affect postal customers or the fraudulent use of the U.S. Mail.  We will investigate any violation of the American public’s trust in the mail system and bring those responsible to justice.  We encourage the public to visit our website, www.uspis.gov, to learn how best to protect themselves and how to report mail related crimes.  We will continue to work with the U.S. Attorney’s Office, Logan County Sheriff’s Office and our federal and local law enforcement partners in the pursuit of justice.”