LITTLE ROCK, Ark. — Singer-songwriter and talented flutist, Lizzo, is feeling good as she comes home from the 62nd Grammy Awards after winning Best Pop Solo Per... 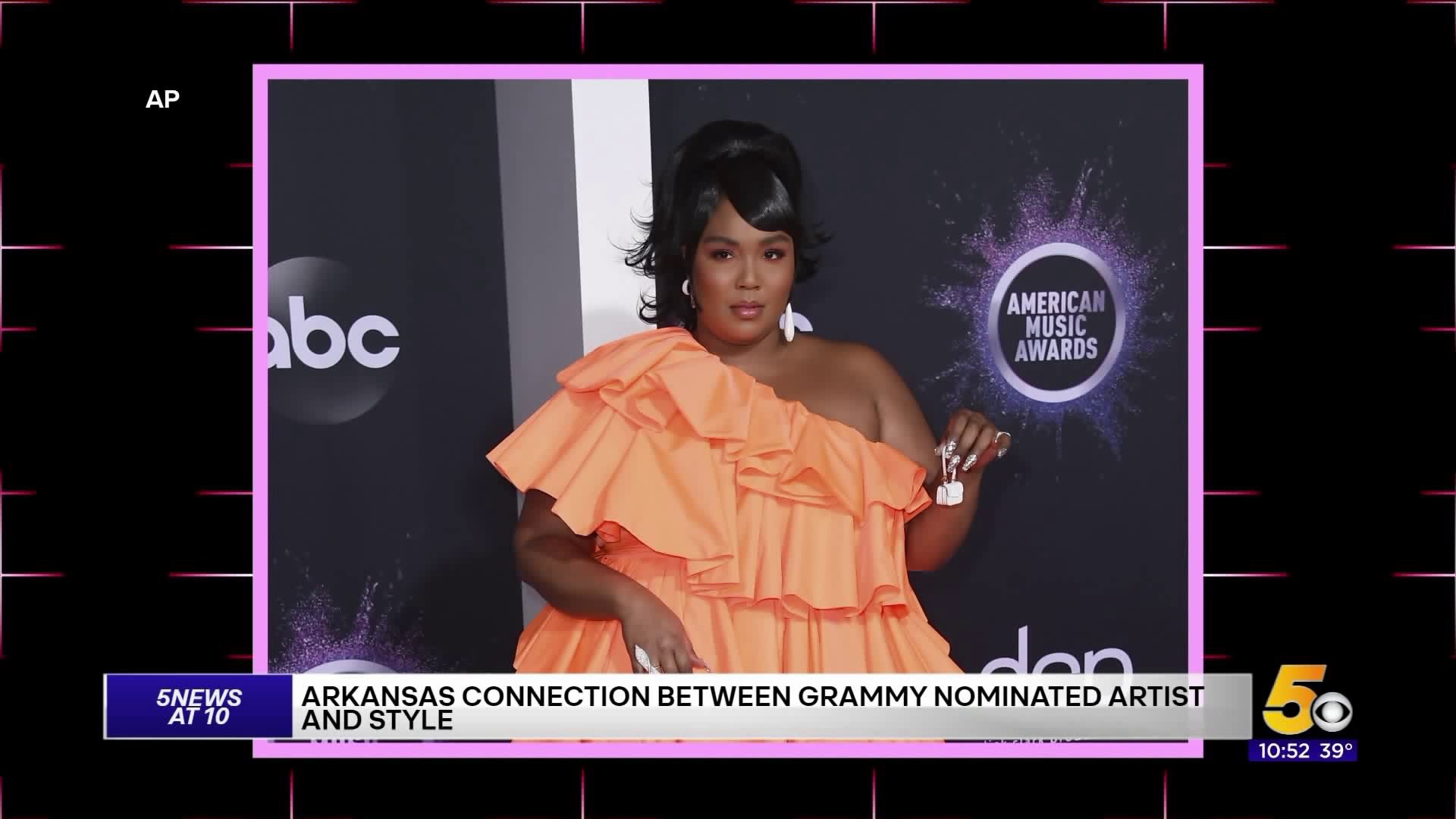 What you might not know about the "Truth Hurts" singer is that she has an Arkansas connection, at least her eccentric outfits do.

If we're not talking about singer-songwriter Lizzo's music, we're talking about her wardrobe. We have one man to thank for her one-of-a-kind style and he happens to be from Arkansas.

“I think she’s the only woman who can pull off these sort of looks,” said Marko Monroe.

North Little Rock native Mark Monroe, or Marko as he now goes by, may be living the dream in Los Angeles as Lizzo's stylist, but he got his start creating costumes for parties while he was a student at the University of Central Arkansas in Conway.

“One party was based on Madonna. One of Britney Spears and because we were going with these elaborate themes we needed outfits to match the theme,” said Monroe. “So I started getting on the sewing machine and tried to figure out how to make clothes that matched the themes. I kind of taught myself. It was out of necessity for my parties.”

Monroe studied sculpture while in school, but decided to take a leap and move to Los Angeles to pursue a career in fashion.

His first client, believe it or not, was Lizzo. “I made her look for her Water Me music video,” said Monroe.

Since that moment in 2017, Monroe has gone on to collaborate with famous designers from Versace to Valentino to create Lizzo's signature look.

“I think you have to first have the personality and I think she does. I think she can carry anything that she wears and I think it’s all about being confident,” he said.

From her Santa-inspired cape at the 2019 iHeartRadio Jingle Ball to her neon green number at the MTV Movie and TV awards, Monroe is not afraid to take a risk.

However, it's Lizzo’s appearance at the 2019 AMA awards that had everyone talking, but not about her outfit. Instead, it was her tiny accessory.

Our own Laura Monteverdi asked the question everyone has been wanting to know: What was in Lizzo’s tiny purse?

“Everyone wants to know and you’d be surprised that it was just one single orange Tic Tac,” laughed Monroe.

With Lizzo's career not slowing down anytime soon, Monroe is staying busy. He said as crazy as life is, he is grateful for every second of it.

“I don't live and die by digging through fashion brands, but what I do love about being an artist is being able to create moments and create magic with someone who also enjoys that too,” said Monroe.

Monroe said his future goals include building a bigger team to include assistants and shoppers.