According to Arkansas Children's Hospital, between May and June, inpatient admissions for RSV increased by 90%. 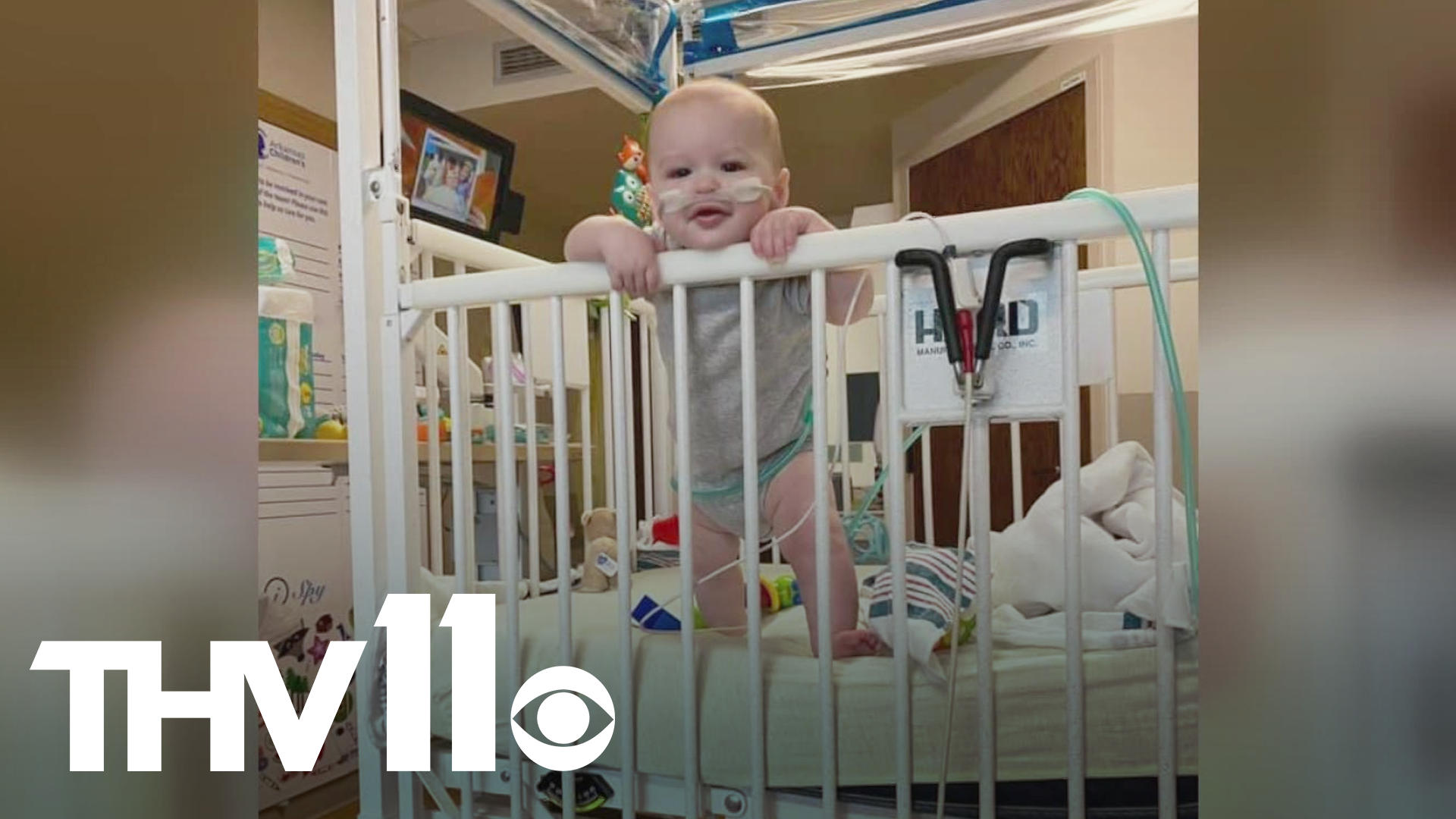 LITTLE ROCK, Ark. — We told you about the uptick in RSV cases back at the beginning of June.

Pointing out that this is unusual for the summer months with cases usually rising in the fall or winter, but doctors said that increase is only continuing.

At Little Rock Pediatric Clinic, Dr. Natalie Burr said about nine out of the ten kids she tests for RSV are coming back positive.

For mom Brittany Wood, what started as a runny nose turned into five long days and five long nights for her and her seven and a half month old.

"He's such a happy baby normally, so when he was going through all of this, you know something is wrong," she said.

Wood's motherly instincts kicked in on Friday, July 9, after two restless nights for her son, Levi.

"He wasn't getting more than 30 minutes or an hour stretch of sleep. He started projectile vomiting everything that he was eating because he was coughing so hard," she said.

Just earlier that day, after a trip to the pediatrician's office, Wood learned Levi had RSV and a double ear infection, but as his breathing got worse, she knew a trip to the ER was necessary.

"Seeing him on the oxygen, watching that number fluctuate, not knowing 'hey, are we going to make it on the other side of this in a positive way?'" she said.

Spending the next five days at Arkansas Children's Hospital, Levi showed improvement on the fourth day after his fever went down and his breathing got better, according to Wood.

"He's doing so much better. He's happy, he loves his older brother, so so happy to be back home with him," she said.

According to Arkansas Children's, between May and June, inpatient admissions for RSV increased by 90%.

It's a trend with pediatrician's offices too, according to Burr.

"We are definitely seeing lots of cases of RSV, which is unusual for this time of year," she said.

Burr said one reason for the uptick is because people have stayed home for the past year and a half.

"Now that some of those restrictions have lifted, people are getting together more, we're starting to see some of those illnesses, like RSV, come back," she said.

Hospitalizations, like Levi's, usually only happen in 3% of children with RSV, according to Burr.

She said with it spreading, parents should take every precaution.

"The best things we can do to protect from RSV infection is really a lot of the things we've been doing in the past year," Burr said.

She said common symptoms for RSV are a fever, poor appetite, coughing and a runny nose.

Burr said to go to the emergency room immediately if your child is rapidly breathing or wheezing.