Arkansas Senators Vote ‘No’ On Articles Of Impeachment 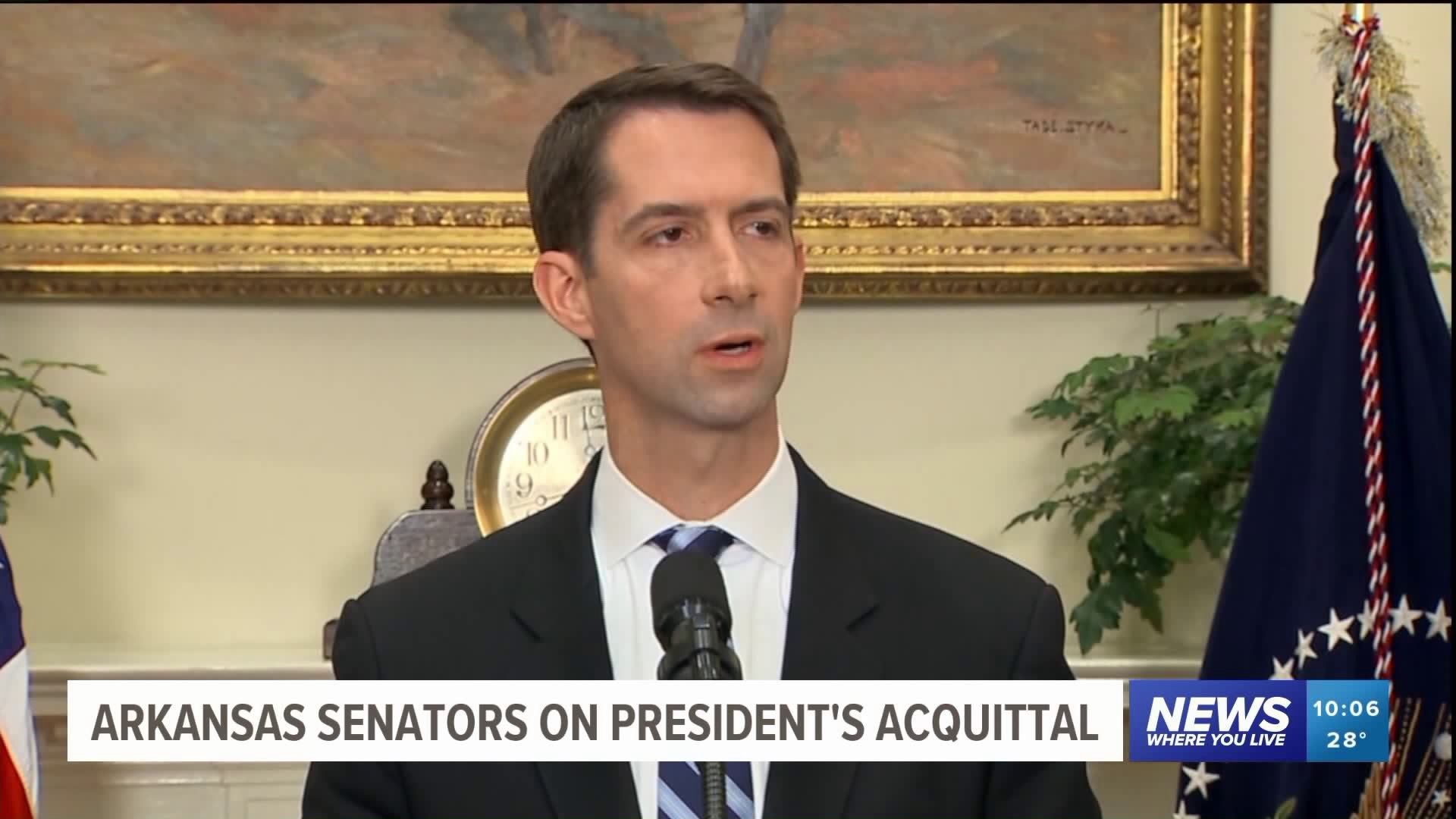 “The attempt to turn the impeachment power into a weapon of political convenience will be far more damaging than any other aspect of this chapter in our nation’s history. At the end of the day, this partisan, deficient process yielded a product built on an inadequate foundation, in addition to being clearly motivated by the desire to remove a president who some vocal activists have viewed as illegitimate since Election Day 2016.”

Click here to watch Boozman’s remarks on the Senate floor.

Senator Cotton submitted remarks into the Congressional Record announcing his intent to vote against both articles of impeachment.

“The Democrats wanted to use impeachment to cast a cloud of suspicion over the president in an election year. Their purpose was not to seek the truth but to punish a president whom Democrats loathe. Now the impeachment spectacle is over, and the Senate can attend to the real threats facing our country, such as the deadly coronavirus already inside our borders.”