Arkansas Lawmakers Respond To President’s State Of The Union Address

(KFSM) — President Donald Trump delivered his third State of the Union Address Tuesday (Feb. 4). The following responses are from Arkansas lawmakers regarding t... 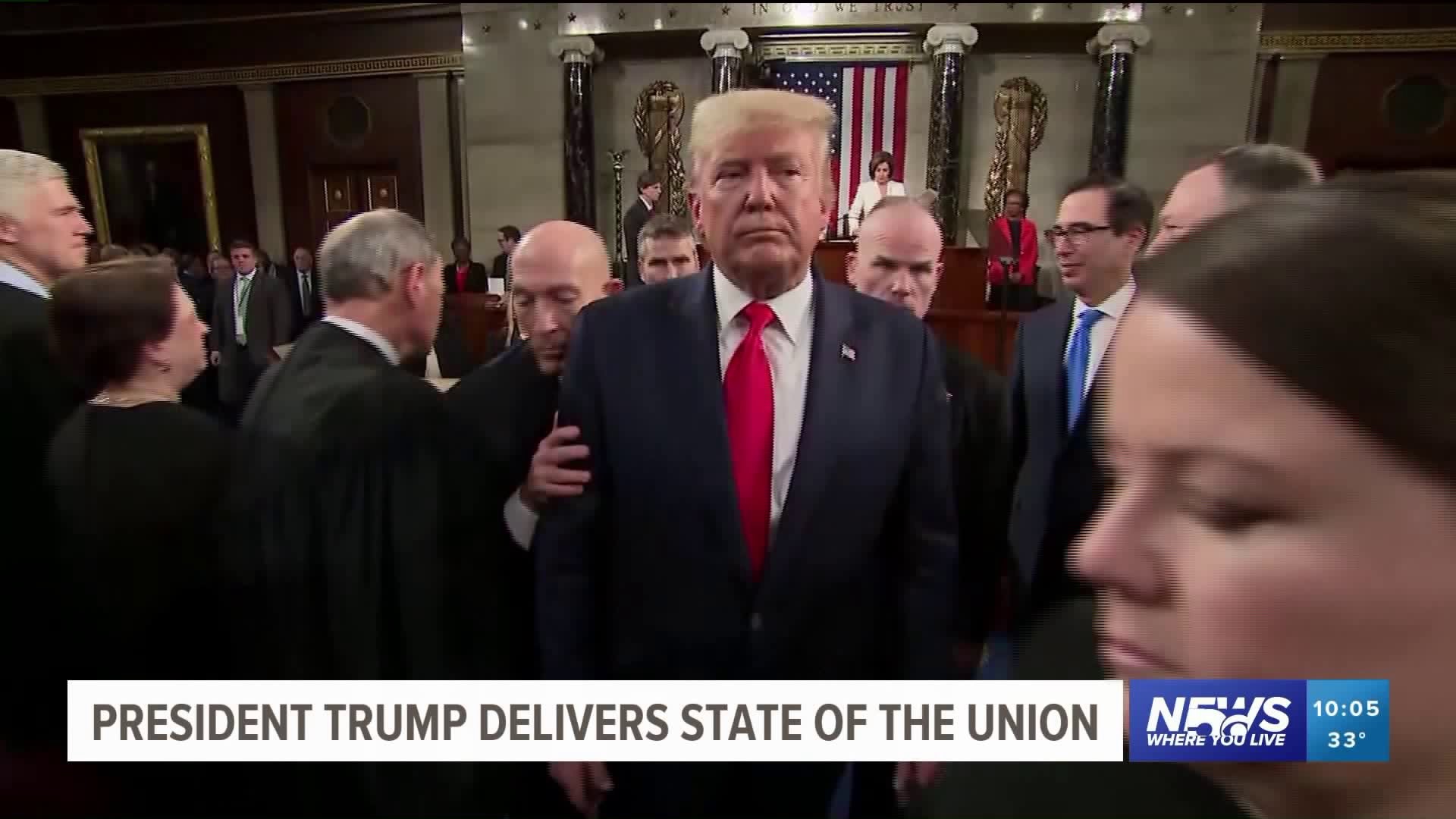 The following responses are from Arkansas lawmakers regarding the State of the Union.

Senator John Boozman released the following statement regarding the president's State of the Union Address:

“President Trump delivered a confident message while sharing stories of the positive work that often gets lost in today’s hyper-partisan news cycle.

There are many reasons to be optimistic as we start the new decade. Our strong economy has to be right at the top of the list. Americans from all backgrounds are benefitting from the fact that it is firing on all cylinders as a result of policies that put our small business owners and American workers first.

We are seeing the benefits of this economy in Arkansas. Wages have risen, new jobs are being created at a remarkable pace and unemployment has fallen to its lowest rate on record under President Trump’s leadership.

The new trade deals the president has negotiated, especially the historic U.S.-Mexico-Canada agreement which Congress recently approved, should help us continue to build on this progress for years to come.

I look forward to working with President Trump on the initiatives he laid out during his State of the Union address to help sustain the longevity of our economic growth.”

“Tonight, the president outlined an agenda that will continue to build on the achievements of the last three years. I share his commitment to building a strong economy that helps American workers and a strong military that keeps us safe from threats like China and Iran. Our efforts implementing this ambitious agenda must begin now, especially protecting Americans from the Wuhan coronavirus and dangerous sanctuary city policies.”

“Tonight, President Trump delivered a powerful and inspiring speech. The United States is strong, and we have forged a new path of progress and opportunity.

“There has been a resurgence of confidence and prosperity within our country. By putting the people first and implementing pro-growth policies, we have unleashed the next chapter of American greatness.With our economy booming, wages rising, and unemployment at historic lows – hardworking families are looking to the future with confidence.

“We also know that there is no challenge too great for America. Whether it’s negotiating new trade deals, enhancing workforce training, securing our borders, confronting adversaries, or rebuilding our military—we have seen President Trump’s bold agenda turned into reality. These are promises that have been both made and kept despite unprecedented and desperate political distractions.

“As we look ahead, we must build on this historic momentum and focus on the issues that contribute to the strength of Arkansas and America together.”

“Tonight’s address is further proof that President Trump has kept his promises. President Trump has posted historic economic advances through business growth and deregulation, appointed two talented jurists to the U.S. Supreme Court and signed outstanding trade deals that will continue to improve the quality of life for all Americans. After years of over-regulation stifling businesses, hard-working Arkansas families finally feel a greater sense of hope for the future and their children’s future. I look forward to working with the administration in 2020 to prioritize affordable healthcare that covers pre-existing conditions, establishing safe and legal immigration policies, supporting our military efforts around the world and continuing to solidify America’s place as a global powerhouse. I applaud President Trump’s strides in enhancing the American dream and support him in his efforts to come.”

“President Trump’s address tonight reminded us of America’s founding principles of freedom, resilience and opportunity. Under this administration, Arkansas’ unemployment rate fell to its lowest rate on record – 3.4 percent – and our labor participation rate continues rising. Since January 2017, 50,000 new jobs have been created in Arkansas, and 85 opportunity zones are bringing renewed investments and awareness to places like Jefferson County.

“The president also spoke tonight about planting 1 trillion trees, which is an initiative that I’m particularly excited about. I’m working on legislation that would do just this: plant 1 trillion trees by 2050, with the goal of sequestering carbon and incentivizing the use of wood products. This would benefit both southwest Arkansas’ and the country’s thriving forest industries, as well as change the mindset of future generations regarding environmental stewardship.

“We’ve seen substantial American growth and change in recent years, but we still have a lot of work to do. I’m continuing the fight here in Washington to make lasting changes that benefit Arkansas’ businesses, farmers and communities. We have a bright future ahead, and I look forward to all that 2020 has in store.”